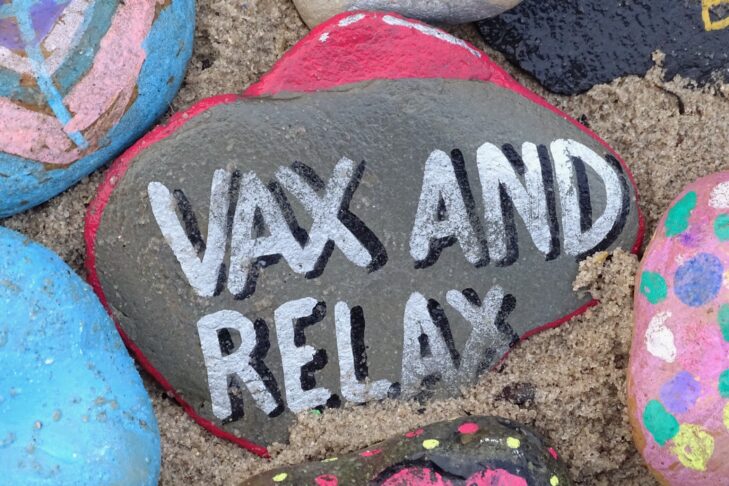 I am vaccinated today because a stranger appeared in my life when I needed her. Without my “vaccine angel,” I might still be at my laptop every day before sunrise, bleary-eyed, annoyed, gulping black coffee, scrolling frantically through vaccine appointment sites. Or indoors, having long conversations with the dog, afraid to leave my apartment.

I have two of the underlying health conditions on the CDC list and am fortunate I qualified fairly early for the vaccine. My doctor told me to schedule it. I chose Pfizer; the side-effect profile looked more appealing than that of Moderna. I went online to schedule the first shot. Easy, right? Two weeks later, I gave up. Remember when they told us a new batch of appointments would be released on Thursdays, and we could go to multiple websites or call a state number?

As many of you did, I went to the CIC Health website very early my first Thursday morning. There were hundreds of appointments at Fenway and at my second choice, The Reggie Lewis Center. I typed in my personal information, the website updated, and the spots disappeared. I watched and waited. The website updated and more openings appeared. I entered my personal information and the places were gone by the time I finished. This madness continued for hours. Later, I read the online news: all of the appointments were filled by 9:40 a.m. Perhaps there were cancelations. I looked at the website that evening and the next day; I saw a few openings, I tried to get one and just missed, or so it felt. I called the phone number and waited on hold. And waited. And finally hung up and did something more productive with my time: I looked at Facebook.

Early on the second Thursday, my elderly Labrador and I were sitting in a private room at the emergency room at Angell Animal Medical Center. She had signs of lung cancer. The vet tech took her for X-rays and blood tests, returned, examined her, then left again. In between, I scanned vaccine websites. My heart wasn’t in it. Her vet diagnosed bronchitis. While the pharmacist filled the antibiotics, I continued to look. Nothing. I learned later that all the appointments were taken before my dog had her first test.

A friend called to ask whether I would consider going to Israel for the Pfizer vaccine. As Israeli American citizens, we were eligible. But neither of us wanted to fly, unvaccinated, for 12 hours.

A few days later, I checked Boston.com and saw a story about 400 volunteers who schedule vaccine appointments for other people. On the intake form, I stated my preferred vaccine type, location, date and time. I had no idea who these people were or whether I could trust them, but asking for help was preferable to giving up. The review on Boston.com was a positive endorsement. Still, I was careful to avoid providing information that felt too personal.

I never expected to hear anything. Hours later, an email appeared. They received my intake form, and a volunteer would be in touch. A short while later, another email: “Your appointment at Reggie Lewis is confirmed.”

Could this be real, or was it fake? I read the email four times to try to figure out who sent it. It looked official, but I couldn’t tell. Somehow, I ended up speaking with the volunteer who had scheduled it. She said I would receive email confirmation directly from CIC Health. I was having trouble absorbing the idea that a volunteer was spending her time helping me schedule my vaccine. I’m usually the one who takes care of others.

I wasn’t happy with the location. I could take an Uber to Roxbury, but I preferred to walk to the Fenway location. I hesitated to ask her to change the appointment; I did not want to impose on her time. I finally decided to ask and she was kind and patient. She offered several days and times and asked which one I preferred. What a question! I felt so cared for. I couldn’t remember the last time anyone had asked my preference about anything vaccine related.

I was under pressure to schedule it around the availability of the neighbor who was planning to take care of my dog. She waited on the phone while I texted them. Later, she texted a photo of herself with her dog. She told me she worked in computers, had a husband and two small children and had not received the vaccine. She wasn’t yet eligible.

I tell everyone I know about Massachusetts COVID Vaccination Help. If you get vaccinated, it’s good for you and for me and for the community. 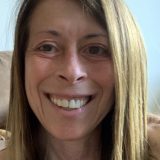 Rachael Wurtman
Rachael Wurtman is the former “Inclusion Matters” columnist at the Jewish Advocate. She writes for The Times of Israel blog and Honest Reporting. She has also written for the Parent Professional Advocacy League and Friendship Circle websites. A former attorney and early intervention specialist, she lived in Israel for many years.