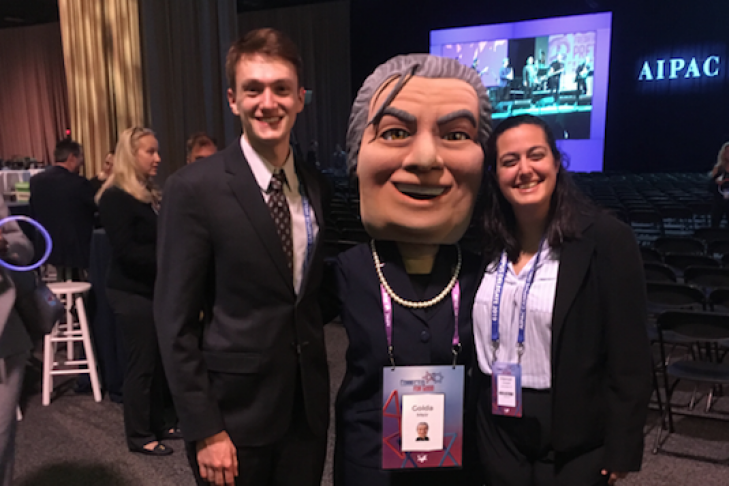 ​As a Jewish student at Clark University, where talking about Israel is highly controversial, going to AIPAC was something that meant a lot to me. The AIPAC Policy Conference was a place for me to go to have a discussion about America, Israel and what the steps for the future will be.

This was my first time at the Policy Conference, and I had no idea what to expect. However, when I walked into the Washington, D.C., Convention Center on the first day and saw over 18,000 people who were there to listen and support Israel, I felt like I found a place where I belonged, or would not feel judged for loving Israel. I was amazed at how many government officials were there speaking out and showing their support for a country that has caused distress on campuses, in family and in the news.

There were five general sessions that I had attended. At each of these sessions we heard from people such as Benny Ganz, Nancy Pelosi, Chuck Schumer and Nikki Haley about their views on the relationship between America and Israel. Most of what they said was inspiring, and can be used back on my campus to help aid in the various discussions we have about Israel. I also attended three break-out sessions. These sessions ranged from how the environment in Israel is changing to how we can win in debates on campus, and even to what is next with Israel and Palestine. These smaller sessions allowed me to understand more about Israel and discover things that I had not heard about before.

​The theme of this year’s AIPAC was Connected For Good, and connected is something I feel now to the AIPAC community. I had never lobbied or paid much attention to politics, but the experience of going to the House and the Senate and letting my voice be heard allowed me to connect to the Massachusetts government and other people from the Worcester area. I also had the opportunity to meet students from all over America who, like me, are affected by the opinions of others on their campuses. This gave me a feeling of camaraderie, the feeling of hope for the future of Israel and the feeling of connection that I would not have gotten if I did not have the opportunity to attend the AIPAC Policy Conference.