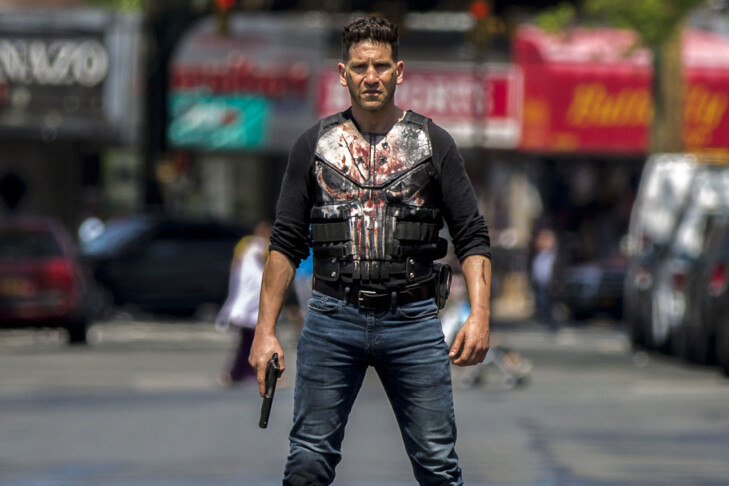 After the invasion of the Capitol building last week, recognition of alt-right iconography has become a valuable skill. Since outright display of Nazi symbols is generally frowned upon, neo-Nazis rely on a multitude of coded icons, gestures and objects to indicate their alliance. A great many of these symbols were on show in footage from the Capitol, where alleged “patriots” stormed the building. A full gallery of alt-right and neo-Nazi symbols can be found in the ADL’s database, but one in particular has always stuck out to me: the Punisher skull.

The Punisher, for the uninitiated, is a Marvel anti-hero created by Gerry Conway, John Romita Sr. and Ross Andru. One of Marvel’s rare “heroes” without a superpower, ex-Marine Frank Castle is known best for his brutality, his penchant for guns and, of course, the signature skull emblazoned on his chest. Though the Punisher made his debut in 1974, he has recently come back into popular culture through actor Jon Bernthal’s portrayal first in Season 2 of Netflix’s “Daredevil,” then in his own Netflix show. As such, more and more unlicensed Punisher merch has become available and, more often than not, it seems accompanied by an American or “Thin Blue Line” flag.

But this usage, by police, military and the alt-right, indicates a strong cognitive dissonance with regards to the character. The Punisher’s mythos (as is the case with many white male characters) originates when he loses his family to organized crime. After an extensive cover-up by the NYPD, the Punisher becomes a vigilante. But, unlike Batman, another brooding figure, the Punisher has no qualms about using violence. It is easy to understand, then, why a violent neo-Nazi movement would be drawn to him.

Creator Gerry Conway, however, is stanchly opposed to this interpretation. Recently, Conway has devoted his time to rebranding the Punisher’s signature skull to stand for Black Lives Matter, enlisting creators of color to redesign the logo in support of the movement. “For too long, symbols associated with a character I co-created have been co-opted by forces of oppression and to intimidate Black Americans,” writes Conway. “This character and symbol was never intended as a symbol of oppression. This is a symbol of a systematic failure of equal justice. It’s time to claim this symbol for the cause of equal justice and Black Lives Matter.” Additionally, when asked about the alt-right using the Punisher’s symbol, Bernthal (who is Jewish, by the way) summed up his thoughts succinctly: “Fuck them.”

This failure to understand the nuances of the Punisher’s character indicates something more sinister about alt-right and fascist groups than simple media illiteracy. Even with Conway’s efforts to rebrand the symbol and Bernthal’s outright condemnation, white supremacists haven’t just dropped the symbol and moved away. Perhaps because the skull is used by police and the military, perhaps because it has become such a prolific identifier.

But co-opting the symbol also indicates that the alt-right doesn’t care about accuracy or hypocrisy or origin, which means that cheap shots about spelling errors or logical inconsistencies will not faze them. Consistency is not important to a fascist movement, and this detachment serves as a potent recruiting tool. No amount of pithy Twitter takedowns or gentle explanations can unspool a neo-Nazi’s mentality because there is no logical thread to unspool. The root of white supremacy is hate and fear, nothing more.

Frank Castle is a character fueled by hate and fear, but he is not one to emulate. His symbol, ironically, brands white supremacists as exactly what they truly are: violent, entitled people devoid of compassion.