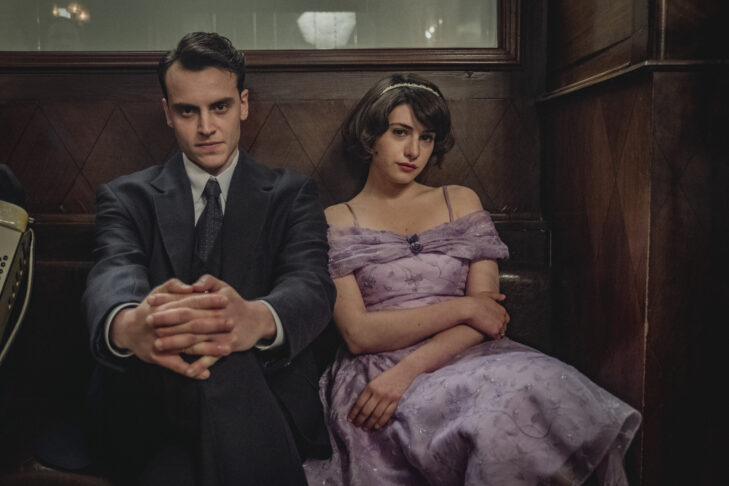 Ilker Kilic as Mordo and Asude Kalebek as Rasel in “The Club” (Promotional still: Netflix)

Netflix has been home to several Jewish-themed series depicting the lives of Ashkenazi Jews. This month, the streaming channel turns that paradigm on its head, showing the underrepresented Sephardic Turkish community in the 1950s in “The Club.” Directed by Zeynep Günay Tan, the series brings along a rich stew of languages—Turkish, Ladino, Greek and Armenian—that bring forward multicultural characters with a lens steadfastly trained on Turkey’s Jews.

It’s not a surprise that Netflix has noticed Turkey’s burgeoning film and television industry. Due to the Arab Spring that began in December 2010 and ended two years later, Turkey has surpassed Egypt’s entertainment industry in influence and popularity. Turkish dramas eventually migrated to Israeli television, leading with the breakout series “The Bride of Istanbul,” also directed by Günay Tan. Similar Turkish telenovelas continue to trend in Israel.

The eponymous club of the title is Club Istanbul, located in a neighborhood that was once home to the city’s large Jewish community, as well as many Greek and Turkish citizens. Matilda, a Sephardic Jewish woman, has just been released from prison as part of a general amnesty, where she served 20 years for murder. The first scene shows her blessing Shabbat candles in Hebrew in a dingy dormitory. There are also flashbacks to the teenage Matilda shooting a man in cold blood. The victim and Matilda’s motives are not revealed until almost the end of the series. As episodes air, layers of the story haphazardly peel away in an effort to reveal the central mystery.

Following her release, Matilda sets her sights on immigrating to Israel. Nearly half of Turkey’s Jews left the country beginning with the founding of the State of Israel in 1948. Before she immigrates, Matilda has unfinished business with the daughter she gave birth to in prison. Raşel (pronounced Rashel) has been looked after by the Jewish community in an orphanage. When Matilda seeks her out, the young woman wants nothing to do with her mother. Nevertheless, Matilda postpones her dreams of moving to Israel after Raşel and a friend are arrested for breaking into a storeroom in Club Istanbul. In exchange for dropping the charges against Raşel, Matilda agrees to work off her daughter’s debt under harsh conditions in the club’s laundry room. 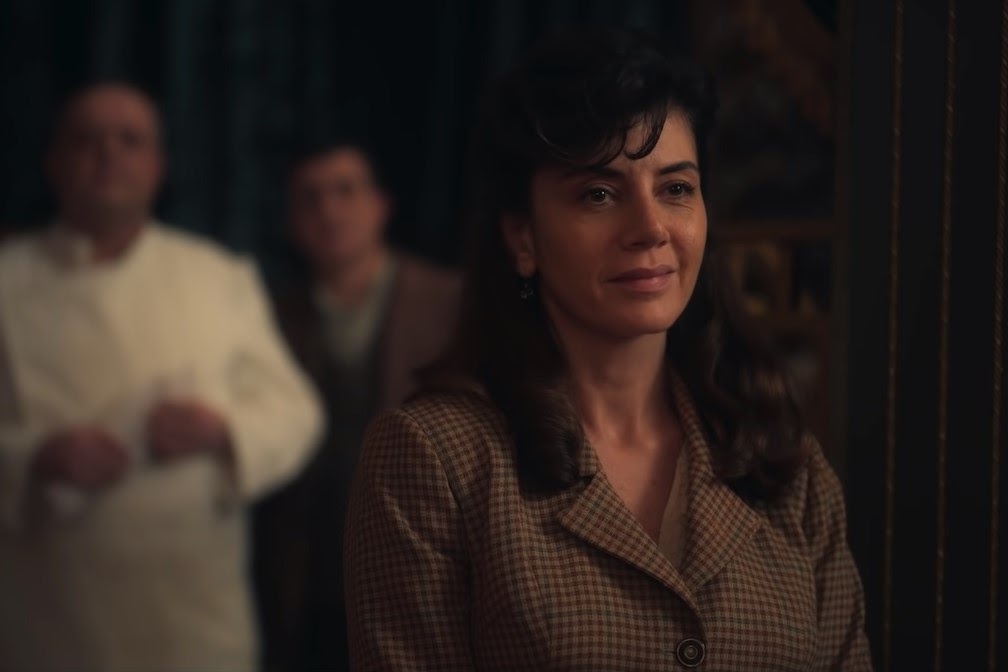 Gokce Bahadir as Matilda in “The Club” (Promotional still: Netflix)

The club’s manager, Çelebi (pronounced Chelebi), is a cruel man who abuses women and has no affection for Jews. Moreover, he has a grudge against Matilda, forcing her to work on a Friday night and taunting her to use electricity on the Sabbath after he switches off the lights, leaving her mopping the floor in the dark. Çelebi’s backstory, which reveals a connection to Matilda, will gradually come to light and heighten the mystery that lurks.

More flashbacks expose the tainted history of Turkey’s wealth tax, called Varlik Vergis, which was introduced in 1942 to ready the military if needed for World War II. The goal was to bankrupt the country’s non-Muslims, many of them Jewish merchants, who paid exorbitant tax rates of up to 200% while Muslims were taxed at less than 5%. Many citizens who could not pay their tax bills were sent to labor camps. Matilda’s father and brother disappeared in one of those camps and were presumed to have been worked to death.

Antisemitism is an adjacent theme in the narrative of “The Club.” Matilda eventually works her way out of the indentured servitude to become a companion and confidante to Selim, the main act who draws in standing-room crowds to Club Istanbul. Selim is a gifted singer who, like Matilda, has been orphaned. In his case, his family has turned their backs on him because he is in show business and is almost certainly gay. Matilda is a surrogate parent, the only friend Selim seems to have in the world. Their platonic, loving relationship is one of the delights of the show. Matilda does not fare as well with Raşel. The girl is a wild child who throws up her lines in one long scream. She has fallen in love with a Muslim taxi driver who thinks she is also Muslim. Their relationship is passionate and predictably stormy. That storminess is reflected in the downpours in which the two are frequently caught.

“The Club” is set in 1955, the year of the Istanbul pogrom. The pogrom was mainly intended to attack Turkey’s Greek population after false reports that Greek nationalists had bombed Turkey’s consulates in Greece and the childhood home of modern Turkey’s founder, Mustafa Kemal Ataturk. Jews and Armenians were also victims of the violence. Politics eventually infiltrates Club Istanbul as Orhan, the ruthless owner, summarily fires loyal, non-Muslim employees.

“The Club” often feels as if it is drenched in blurred shades of sepia. The heavy oriental furniture and rugs seem to slow down the action rather than add to its atmosphere. While Matilda, played by Gökçe Bahadir, a well-known actor in Turkey, is measured and admirably stalwart in the role, I wanted to fast-forward every time Raşel, played by Asude Kalebek, was on-screen. She has one long temper tantrum on camera, marring any sympathy I might have had for her as an orphan born in prison.

Still, it was a thrill for me, the granddaughter of a Turkish Jew, to see Sephardic culture highlighted on television. I recognized the Ladino song Matilda hears when she visits the courtyard of her old apartment building. I understood some of the Ladino words spoken throughout the series. And I once again appreciated Purim as a major holiday for the Sephardim. At a lively Purim celebration on the grounds of an Istanbul synagogue, a community leader tells Matilda that Purim is “the holiday of contradictions, the revealing of that which was hidden.” His words foreshadow a significant revelation in the offing for her.

“The Club” Part 1 is now streaming on Netflix.