On Oct. 27, 2018, the Torah portion of the week was Vayera—the story of the Akeidah—Abraham’s near-sacrifice of his beloved son, Isaac. Three congregations housed at the Tree of Life synagogue in Pittsburgh gathered on a typical Shabbat morning to commemorate milestones and offer a minyan for people to say the Kaddish for a loved one. No one could anticipate the day would come to mark the deadliest attack on Jews in U.S. history. That morning, a man with a shotgun rushed into the synagogue and murdered 11 people in cold blood.

There were, however, some Vayera moments in this tragedy. Among them was the survival of some congregants and their rabbis, some of whom managed to hide in a closet. One of those survivors was Rabbi Jonathan Perlman of the New Light Synagogue and the husband of writer Beth Kissileff. 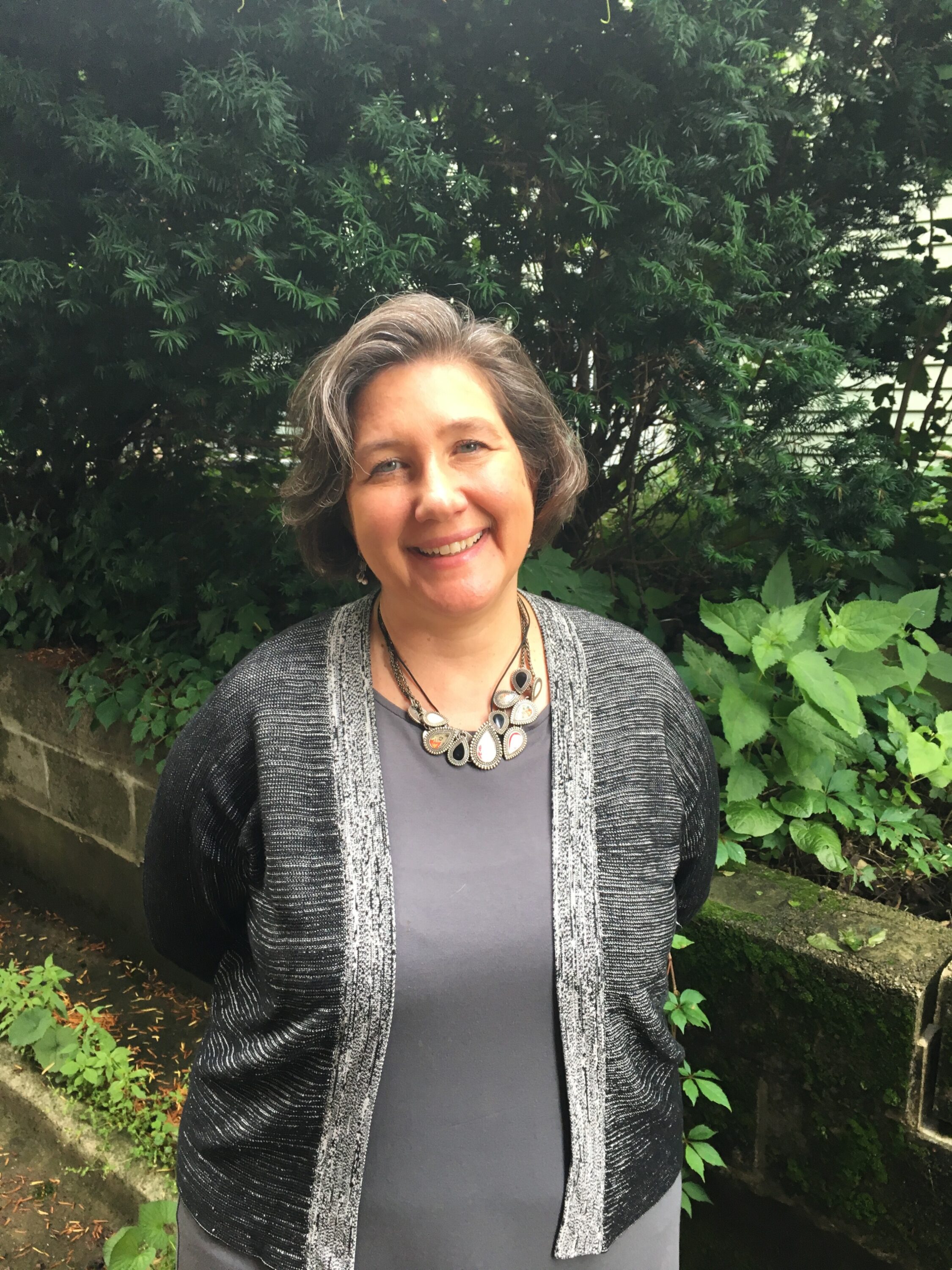 Kissileff has an impressive resume of articles published in venues like The New York Times, The Atlantic, The Forward and Tablet Magazine. In her piece for The Atlantic, she wrote about the Pittsburgh Jewish community’s celebration of the first night of Hanukkah in the wake of the shooting. Capturing the feelings and emotions that ran high at the time, the essay is vulnerable, raw and emotional:

“Though it was not quite 6 o’clock on Sunday evening, the first night of Hanukkah, the winter darkness enveloped my neighborhood. I walked past the shopping district, the dry cleaners, my dentist’s office, and the home of my husband’s college roommate. All was familiar, yet I was scared to be outside in the open air with a group of Jews. If we had been targeted inside, where our Torah scrolls and prayer books were and where we were not being public about our faith, wouldn’t this be a provocation, a taunt to anti-Semites, wherever they lurk, to come and get us?”

Much of what Kissileff has integrated in her writing about the event is reflected in a new anthology she has co-edited, “Bound in the Bond of Life: Pittsburgh Writers Reflect on the Tree of Life Tragedy.” Anthologies by their very nature can be uneven, but each of the essays in this book is an accomplished, genuine and exquisite paean to the tragedy. The book is slated to come out on Tuesday, Oct. 27, the second anniversary of the tragedy. In an interview with JewishBoston, Kissileff said, “It’s so very satisfying to me as a writer and an editor to be able to bring these people’s stories forward.”

David Shribman, editor of the Pittsburgh Post-Gazette, who memorably published the first words of the Mourner’s Kaddish in the newspaper’s Nov. 2, 2018, headline, wrote the anthology’s foreword. About his decision, Shribman said: “My explanation was that if words were failing us, and by that time they were, then perhaps we were thinking in the wrong language. The real language of the Yahrzeit, of course, is Aramaic, and it somehow seemed right to employ a 10th century prayer for a 21st-century tragedy.” 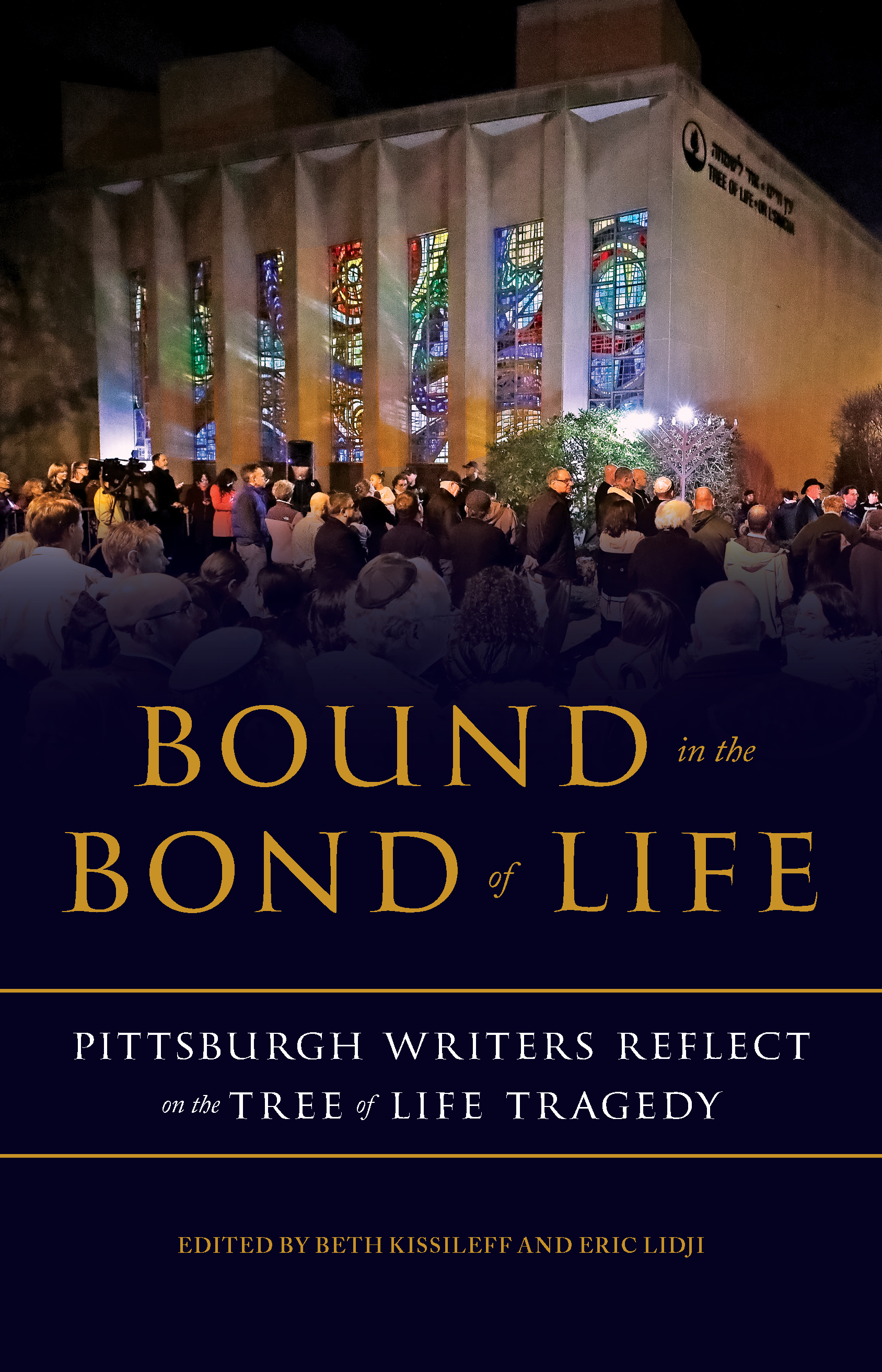 Kissileff and her co-editor, Eric Lidji, recruited a diverse group of writers to contribute to the anthology. They include journalists such as Peter Smith, religion writer for the Pittsburgh Post-Gazette, Andrew Goldstein, a young beat reporter for the Post-Gazette, and Campbell Robertson, a New York Times correspondent. Writers Molly Pascal and Kevin Haworth, accomplished writers of creative non-fiction, authored poetic, detailed accounts of the day. In her essay, “Here is Squirrel Hill,” Pascal begins with a beautiful tribute to one of the victims: “Cecil Rosenthal, giant and smiling, looms in the door in his usual place as usher and greeter to all who enter, his gentle presence so constant from year to year that I think of him as a physical element of the building, a Doric column of a man.”

Other notable essays present the ad hoc memorials that cropped up around the periphery of the Tree of Life synagogue. Laurie Zittrain Eisenberg, who teaches Middle East history at Carnegie Mellon University, writes movingly of her retrieval and preservation of objects from these memorials. She describes the centerpiece of the memorial, 11 white wooden Stars of David, that bore each of the victims’ names. The poignant markers were the work of Greg Zanis, a carpenter from Illinois who founded Crosses for Losses. Zanis, who is Greek Orthodox, made it his mission to travel anywhere in the country to erect crosses in memory of mass shooting victims. It was his first time honoring Jews who had died from gun violence.

Kissileff’s essay in the anthology, “Honey from a Carcass,” captures a haunting “there but for the grace of God go I” vibe as yet another Vayera moment. “The story goes that Samson killed a lion and a year later, he came back and the carcass had been transformed into a beehive, and there was honey inside of it,” she said. “The metaphor of the honey that Samson found in the lion was really helpful to me.”

A few months after the murders, Kissileff organized a trip to Charleston, South Carolina, over Martin Luther King Jr. weekend to meet and pray with survivors of the Mother Emanuel Church massacre. Kissileff and her group found the trip not only meaningful but also empowering. “I felt like we were able to take some control over the narrative to say, ‘This is how we, as a synagogue, want to remember the victims,’” she said.

The Pittsburgh Jewish community still struggles with how to memorialize the Tree of Life shootings. The September before the first anniversary of the tragedy, Kissileff and Lidji met with James Young, a historian and scholar of public art, memorials and national memory. “Young told us that we couldn’t build a memorial until we understood what the event meant to us as a community,” she said. “I think people are still grappling with understanding that, so I hope this anthology is a contribution to that understanding.”