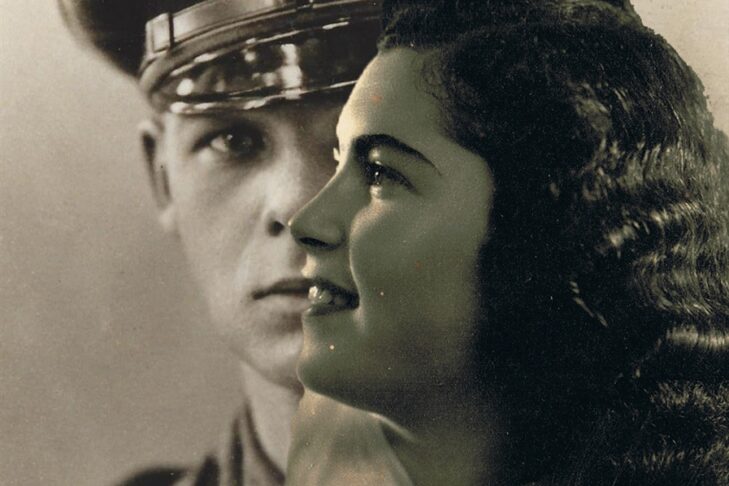 “Love It Was Not” (Promotional still)

Early in Maya Sarfaty’s documentary, “Love It Was Not,” there’s a picture of Helena Citron at Auschwitz, looking well-fed and improbably fashionable in the familiar striped prisoner’s uniform she had belted. As Sarfaty will show, Helena’s beaming smile was due in large part to Franz Wunsch’s relative kindness—he was the Austrian SS officer who was in love with her.

Helena was among the first women, a thousand in all, who arrived on a transport train to Auschwitz from Slovakia. She was the daughter of a cantor and had plans to go to Prague and pursue acting and singing before the Holocaust engulfed her. Wunsch was immediately smitten with Helena at a command performance for which she sang a song called “Love It Was Not.” The irony of the song’s title is not lost on Sarfaty, who uses it to great effect in questioning the veracity of the relationship between Helena and Wunsch. Was it love? Sarfaty implies that it was love, albeit an impossible one, for Wunsch. Helena’s feelings remain less clear.

Of her initial interaction with Wunsch, Helena recalled his common courtesy years later. “I heard the voice of a human being,” she said. “Where were the eyes of a monster? He said, ‘Please.’” Wunsch recouped Helena’s humanity for her. When she came down with typhus, he hid her from dangerously prying eyes and nursed her back to health. He consistently did favors for Helena as well as her friends.

Wunsch was obsessed with Helena. He constantly cropped her face out of photographs and pasted her visage onto pictures of bodies in dreamy locales like the beach or the Alps. However, Wunsch’s weak attempt to extricate Helena, even for a moment, from the hell on earth that was Auschwitz feels like a grotesque game of playing with paper dolls. 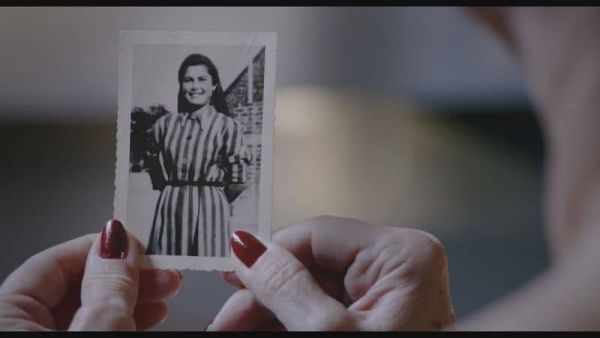 Helena Citron in “Love It Was Not” (Promotional still)

Sarfaty cleverly adapts Wunsch’s cut-and-paste project in the documentary, which notably mixes filmmaking methods to tell this story of forbidden love with a bizarre twist. There is archival footage of Auschwitz interspersed with interviews of women who had been imprisoned with Helena. Sarfaty also recreates two-dimensional scenes from the Kannada—a locale where Helena and some of the interviewees in the film sorted the belongings of new arrivals to the camp just before they entered the gas chambers. Sarfaty similarly presents Helena’s bunk and, in the end, the courtroom scenes where Helena testified in Wunsch’s trial in 1972.

Viewers initially meet Helena as an older woman, living in Israel since the war’s end. She is elegant, smoking a cigarette and unflinchingly telling her story. Helena, who died in 2007, recalls that Wunsch’s attention was a blessing and a curse. He saved her life but could not protect her from the jealousy of other women inmates who beat her because of her favored status. Some of the women survivors interviewed for the film still bore a grudge against Helena. However, others admitted they understood that the courtship kept Helena, her family and friends alive.

Two years before his death in 2005, Wunsch’s daughter recorded him in the garden of his house. He reminisces about Helena and their complicated love. Later in the film, Wunsch’s daughter shows a locket her father gave her that contained a picture of Helena alongside his photograph. “The picture,” she says quietly, “should have been of my mother.” Helena’s children also appear in the film, recalling her as a traumatized and damaged woman who threw epic tantrums and disappeared from the house for days at a time.

Despite Wunsch’s protestations of love, the uncomfortable fact remains that he held sway over Helena at Auschwitz. It was he alone who decided whether Helena lived or died. That power extended to Helena’s family. One brother died by suicide after throwing himself against the electrified fence at Auschwitz. Her sister, Roza, arrived at Auschwitz with her toddler daughter and infant son. The family had been selected for the gas chambers, when at the last minute, Wunsch ordered Roza removed. Years later, as a guest on an Israeli talk show with Helena, Roza remembers the experience and blames her sister for her children’s deaths. She believes that Helena could have influenced Wunsch to save them. Helena, looking stricken, is silent throughout Roza’s testimonial. 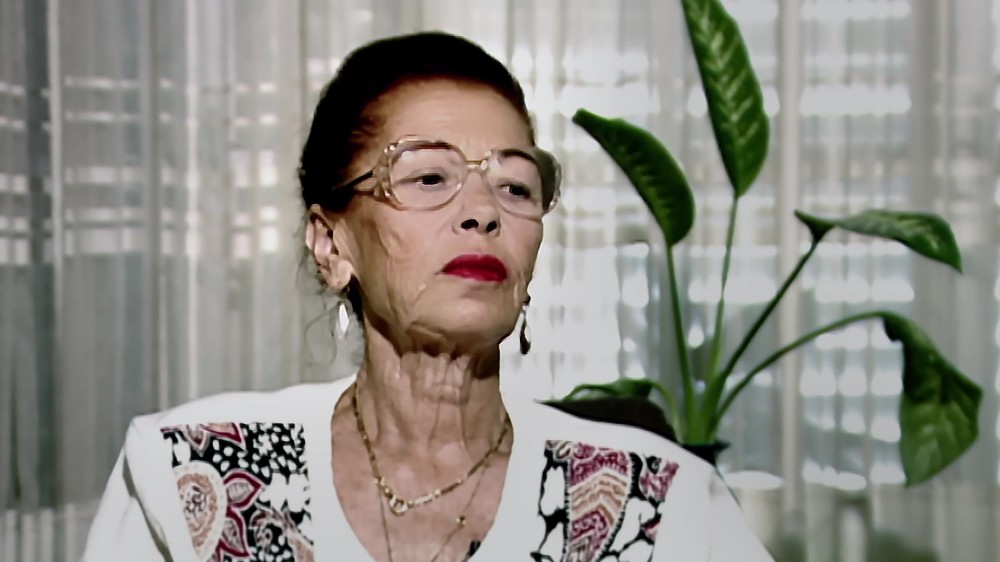 Helena Citron in “Love It Was Not” (Promotional still)

Sarfaty doesn’t shy away from the complexity of this prisoner-captor love affair. She shows Wunsch as both brutal and tender, a man who could be exceedingly cruel to the male prisoners at Auschwitz. Helena and others recall him savagely beating these men until he injured his hand. However, just before Auschwitz was liberated, he and Helena shared an intimate kiss. It’s the only hint that there may have been a physical relationship between them. Before parting on that cold January day in 1945, Wunsch asked Helena to testify on his behalf in a war crimes trial should Germany lose the war.

In the intervening years after the war, Wunsch’s letters to Helena went unanswered. However, one letter moved Helena to act. Wunsch’s wife wrote and asked Helena to be a witness at Wunsch’s trial in Vienna. The year was 1972, and Helena was caught between loyalty to her fellow Jewish survivors and her debt to Wunsch. She decided to go to Vienna and testify, receiving death threats and enduring accusations of being a collaborator. Sarfaty memorably depicts the courtroom scenes as a layered photo montage. The effect brings back the early days of Wunsch’s obsessive collages featuring Helena. And Wunsch’s request to Helena in the last days of Auschwitz hangs in the balance.

In the end, Sarfaty highlights the chilling ambivalence of Helena’s testimony, in which she bears witness to Wunsch’s extraordinary kindness as well as his cruelty. Throughout her courtroom appearance, she never looks at Wunsch. It’s hardly a spoiler to reveal that all the SS guards and officers on trial in 1970s Vienna, including Wunsch, were acquitted. He and Helena never saw each other again.

“Love This Was Not” was a nominee in the documentary category for a 2021 Ophir Award, Israel’s equivalent of an Oscar. The nomination was well-deserved. Sarfaty, admirably restrained in her storytelling, never indulges in a single moment of exploitation or sensationalism. There is only the story of unthinkable choices that people were forced to reckon with in the name of love and survival.

“Love It Was Not” is available to rent or buy online, including from Amazon Prime Video, Apple TV and YouTube.