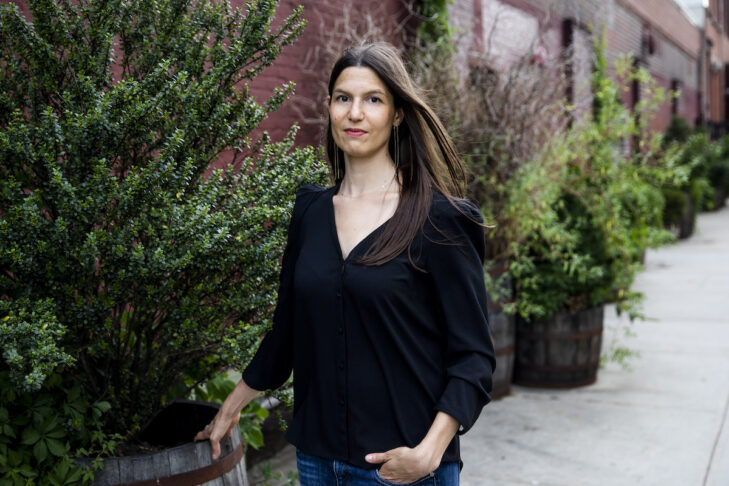 The title of Courtney Zoffness’s new essay collection, “Spilt Milk,” evokes regret and empathy—two feelings that frequently comingle in motherhood. This is Zoffness’s first book, and the essays loosely form a memoir of the past and present. I first read her essay “Spilt Milk” in The Paris Review, which is published as “Trespass” in the new collection. But it feels right that Zoffness retained “Spilt Milk” as the title for her book, which covers the many ways we tend to our children and nurse childhood’s emotional wounds.

Zoffness’s writing is lyrical and brilliant in the way a jewel reveals many facets at different angles. In considering “Trespass,” essentially the book’s lead essay, Zoffness begins with the declaratory phrase, “I am four months a mother.” As she artfully repeats the phrase throughout the essay, the reader learns that she is four months a mother who has to pump breast milk every few hours for her infant son as she maneuvers the daunting logistics of working outside the home. Zoffness’s mother is hesitant to give her a key to her childhood home so Zoffness can express her milk between nearby tutoring gigs, which compounds her anxiety. The essay beautifully explores the boundaries we draw in relationships and the nearly impossible demands of new motherhood.

Zoffness, the mother of two young sons, writes masterfully about boyhood and white privilege in “Boy in Blue.” In that essay, she brings her younger son Leo’s fascination with police officers and their guns to the page. The family lives down the block from a Brooklyn police station, and Zoffness worries about how much to tell her son about police violence. Even a tour of the precinct does not intrude on her son’s rosy and imaginary world. She writes: “It’s a privilege, I think, that he wants to play Officer Leo, a privilege that he still associates the uniform with undiluted goodness because he’s never been warned otherwise, never been told to take precautions to protect himself. A privilege, and a concern, that his small, white body so easily inhabits the role.”

In addition to exploring motherhood, four of the 10 essays in “Spilt Milk” aim to capture Zoffness’s relationship to Judaism. Her essay “Holy Body” will captivate readers in Boston’s Jewish community as she pays a visit to Mayyim Hayyim, the local mikveh that came to international prominence by conferring 21st-century relevance to an ancient, sacred ritual. She immerses in the ritual bath in part out of curiosity and in part to reconnect with her childhood friend from Jewish summer camp, Mayyim Hayyim CEO Carrie Bornstein. 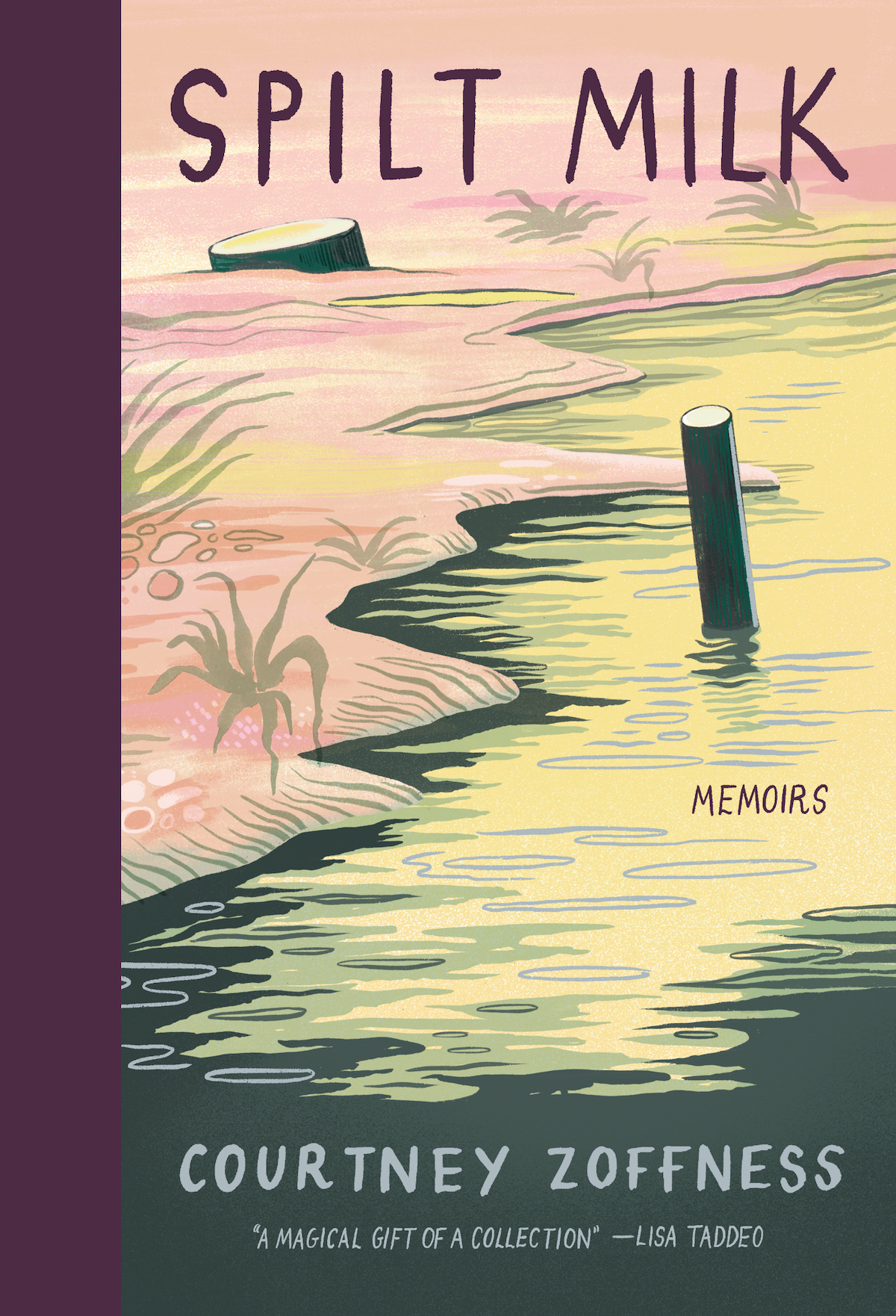 In a recent conversation with JewishBoston, Zoffness said that she was impressed with how Bornstein’s Jewish practice embraced reinvention. “Carrie reinvented her [Jewish] practice for her own family, finding what’s meaningful to her,” Zoffness said. “And her life’s work in a mikveh center is such a fascinating niche not only in the world of Judaism but also in the world at large. It’s such an interesting professional choice.”

At the time of Zoffness’s visit to Mayyim Hayyim, Bornstein was a gestational surrogate for a Jewish couple who could not conceive. Zoffness admired Carrie’s choice to be a surrogate and saw it as an act of “radical empathy.” She continued, “It raised ethical questions for me about family planning and family making, and questions too about Judaism and how the Old Testament talks about surrogacy and womanhood.”

Zoffness noted that she wrote “Holy Body” in the second person to put the reader in her shoes. “I found that to be a really close way to explore the subject,” she said. In addition to observing Bornstein’s Judaism up close, Zoffness parsed her own relationship to Judaism, which she admits can be confusing. While she feels strongly as a Jewish woman, she admits to having “mixed feelings” about certain Jewish practices and beliefs.

But nostalgia takes over when her fourth-grader, who attends Hebrew school, sings familiar Hebrew songs. “I feel a lot of traditional attachments [when my son and I sing together], but as is common for Reform Jews, I learned all the songs but have no idea what any of them meant,” she recalled. “When I hear the translations, I’m horrified because of my addled and inconsistent relationship to divinity. Why am I praising a lord who I’m not sure exists?”

After her virtual book tour for “Spilt Milk” concludes, Zoffness said she’ll return to her first love: writing fiction. She reiterated that her debut collection of essays came together under the umbrella of motherhood. As she read the pieces as a whole, she noticed common themes. “The through-line was my seeing the world anew after becoming a mother,” she said. “I wanted to write a few more essays, which also incorporated those themes, so a book was born.”

Courtney Zoffness will be in conversation with Anita Diamant at Mayyim Hayyim as part of her virtual book tour on Tuesday, March 16, at 7 p.m. Register here.