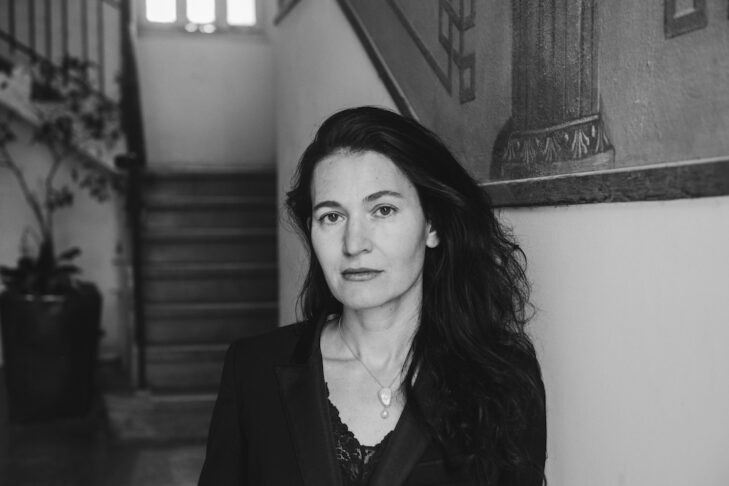 Known for her novels, which include the bestseller “The History of Love,” Nicole Krauss has also been writing short stories over the past decade. In a recent interview with JewishBoston about her first short story collection, “To Be a Man,” Krauss said the genre accommodates the many voices and subjects that live in her head. These intelligent, eclectic stories mine situations as divergent as the end of a long marriage, an obsession with an Iranian film star or a German man telling his Jewish lover that he would have been a Nazi if he had been alive during the Third Reich. At one point, a husband shows up on his wife’s doorstep, but neither the woman nor her children remember him.

Although the title “To Be a Man” points to the fathers and sons in the collection, women narrate most of the stories. As Krauss noted, her intention was to examine the open-ended question: “How complex is it to try to be a man in this cultural moment with all of the contradictions and contradicting demands?”

In that vein, both an undercurrent of desire and a yearning to be free run through these stories. Krauss said that in writing these stories, she broached the question: “Has there ever been a woman who has not wondered at some point in her life what it would have been like to be a man?”

The stories in “To Be a Man” span almost two decades and mark different periods in your life. How have you changed as a writer in that time?

Most of these stories were written in the last eight or nine years. But then there’s “Future Emergencies,” which goes back to the beginning of my career as a fiction writer. I wrote it after I finished my first novel, “Man Walks Into a Room.” I was 26, and it was also right after 9/11. There was a strange atmosphere of anxiety and uncertainty in New York City coupled with the announcement for gas masks. I put that story in the book and sent it off to the publisher. Then COVID-19 happened, and so it added this new layer of strange particularity to it.

On one level, I feel very committed to changing as a writer over time. Each book is a departure from the last. It needs to be for me to feel fully alive as an artist and a person. Each book marks some change in myself and change in life and change in my thinking. When you write, you have this longer and longer record of who you are and what your concerns are. We are each born into our concerns. We wrestle with those concerns, or they wrestle with us throughout our lives. One of the pleasures of being an artist of any kind is that you see those things transformed and altered, as well as the progression of those same concerns in your work over time. 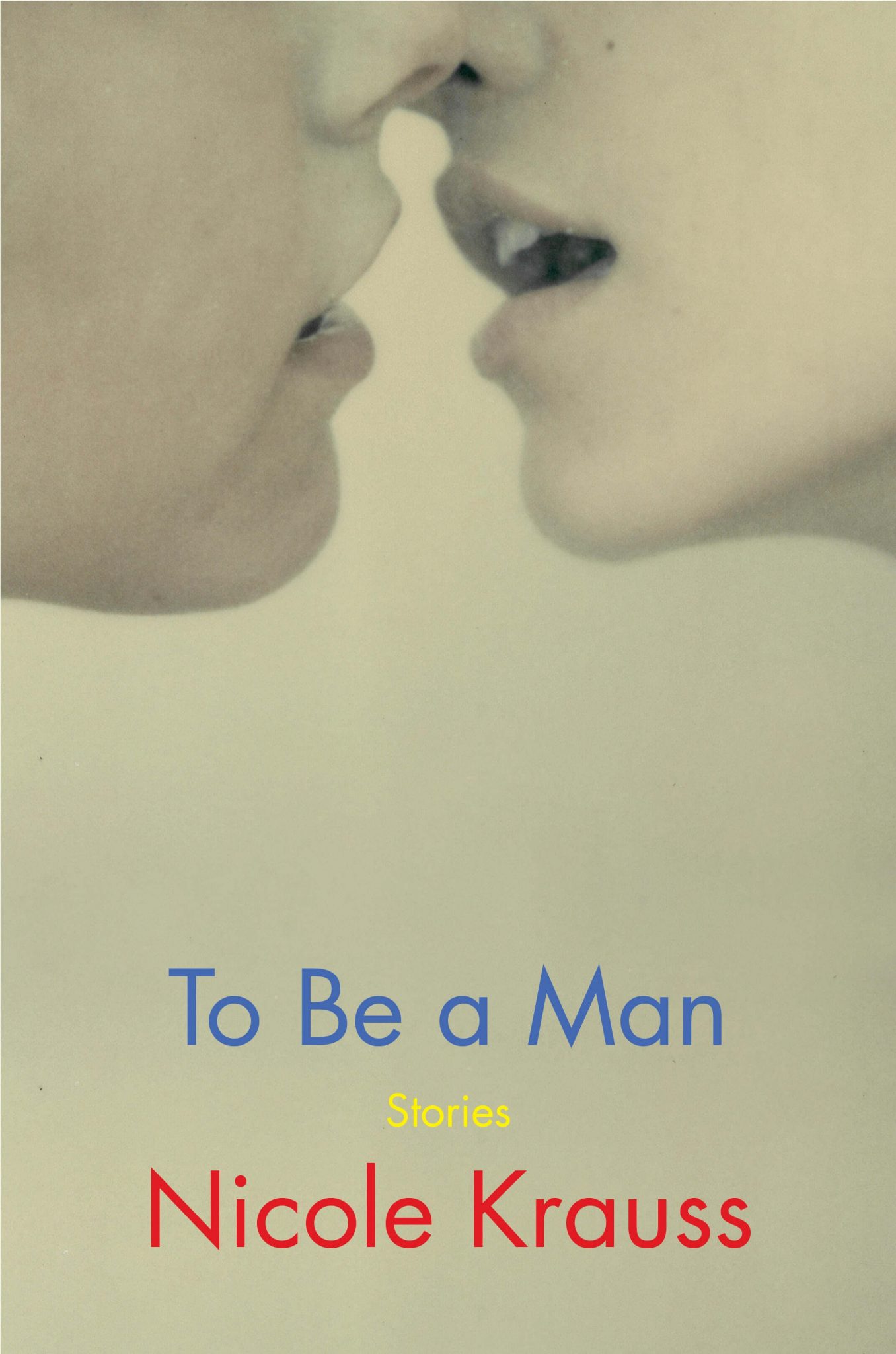 You were a poet in college and then you wrote a series of beautiful novels. Why did you take on the short story now?

Each forum allows something slightly different. I’m first and foremost a novelist because there’s something about the breadth and scope of a novel, but also its inherent messiness, that really appeals to me. You can live with a voice in a short story that you wouldn’t necessarily want to live with over the years it would take to write a novel. For example, in “The Garden,” I’m not sure I would have wanted to inhabit those circumstances and that voice for too long. But it was intense, and that voice and those concerns wouldn’t leave me alone. It was the same thing with Brodman in “Zusya on the Roof.” Sometimes, as a writer, you find the spark of life and a voice or a character as he or she presents him or herself on a few pages, and they grab you by the throat.

How does mystery function in this collection? “The Husband,” about a man who shows up at a woman’s apartment claiming to be her long-lost husband whom no one can remember, comes to mind.

I like that you’ve put your finger on the notion of mystery. I’m interested in just revealing the presence of mystery, rather than solving mysteries. We all are constantly living with a kind of uncertainty about what really happened, who a person is or what reality even is. We’re constantly living with assumptions that our perceptions are right, but they really aren’t. Our sense of reality is a construct that we have—it’s something that our brains create to make life survivable. But if we start to scratch beneath the surface of those perceptions and assumptions, we find that they’re utterly inaccurate.

On another level, we’re in a moment in society where it’s just a mystery. We’re obsessed with the reach of knowledge. All of us can lay our fingers on Google and search the searchable world and feel confirmed in that idea that we can know everything. But it discounts this other truth, which is that we’re constantly living without knowing. It also discounts the value of communing with the unknown, or with wonder, or being in a state of awe. These are all things that happen when you turn to the unknown.

Some of these stories are inherently Jewish. “Zusya on the Roof” is an excellent example as Brodman, the protagonist, tries to answer that very Jewish question: “Why weren’t you more like Zusya?” Brodman says: “Because I was a Jew and there was no room left to be anything else, not even Zusya.” How does that moment relate to Jewish identity?

The central idea happens when Brodman’s grandson is born, and he wonders aloud, what would it be like to be born without precedent? He has lived his life toward duty, and it cramped the possibilities of being for him. What would it be like if we didn’t grow bound like all of the Jews bound before us, all the way back to Isaac? What if we could grow free toward the future? And, of course, it’s an impossible thought. Nobody, Jewish or otherwise, is born without precedent and without the shaping of history—familial, cultural, national, personal history.

Jewish history is a particularly complex form of binding because it is the thing that holds us together. Our Jewish memory and the repetition of Jewish memory and practice is what hold a scattered people together. There is this sense that if we lose the thread, or if we shirk the duty, we will be lost. It’s something that’s always been with me as a writer. We’re born into that which we wrestle with. How do I respond to this incredibly powerful, affecting past, which has made me who I am? What is my relationship to it, and do I have any choice there?

What does it mean to you to set some of these stories in Israel?

My experience with the country goes back to long before I was born. My family comes from so many different places in Europe. My mom grew up in England, and my dad grew up in America and Israel. Israel was the only geographical constant in all of that experience. It’s where my grandparents met in the ‘30s and got married. It’s where my other grandparents lived the last 25 years of their lives. It’s also where my parents met and married. My brother lives there, and his children are Israelis. So, it’s the place that we would always go back to in a deep, deep sense. In some ways, the most important moments of life—falling in love and having children and dying—happened in Israel. I feel lucky to be a person who has not been entirely bound to one place in the world. Having to grow up and assimilate European culture, American culture and Israeli culture altogether in one family gave me a certain sense of being at home in the world.