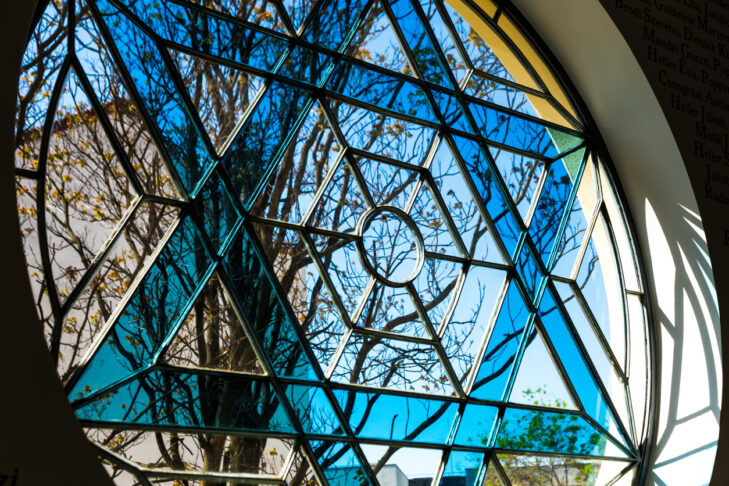 “No calamity comes to the world but for Israel.” These poignant words of our sages (Yevamot, 63a) capture the reason for all the tragedies that afflict us. Not only the Talmud warns about the reason for Israel’s blows. The Book of Zohar also states that when the people of Israel veer off from the right way, “with these actions they bring about the existence of poverty, ruin, and robbery, looting, killing, and destructions in the world” (Tikkuney Zohar, No. 30).

In the days following the Meron disaster, where 45 people, many of whom children, died in a stampede, the people of Israel proved once more that in crisis, the nation unites. For a short while, we’ve put aside the vociferous, spite-filled arguments, and united in mourning over the pointless loss of life. But tomorrow, when the headlines change and the heart-wrenching pictures give way to new fiascos, the malice will return more intense and venomous than ever. While the circumstances that allowed for this disaster to happen must be examined, we must also not miss out on the opportunity that this tragedy has given us to reconstruct our social relations in this country because this, in the end, is our real source of strength.

In his essay “The Nation,” Baal HaSulam laments our lack of internal unity and ephemeral coalitions. “We are like a pile of nuts,” he writes, “united into a single body from the outside by a sack that envelops and unites them. Their measure of unity does not make them a united body, and each movement applied to the sack produces in them tumult and separation. Thus, they consistently arrive at new unions and partial aggregations. The fault is that they lack the inner unity, and their whole force of unity comes through outside incidents. To us,” concludes Baal HaSulam, “this is very painful to the heart.”

Our nation was formed through a vow to unite “as one man with one heart,” and unity has always been our strength. “The prime defense against calamity is love and unity. When there are love, unity, and friendship between each other in Israel, no calamity can come over them” writes the book Maor VaShemesh.

Moreover, when Israel unite, they are “a light unto nations,” setting an example of love and unity to the world. The Book of Zohar writes that when the people of Israel unite above their hatred, they bring peace to the world. In the portion Aharei Mot, The Zohar writes, “‘Behold, how good and how pleasant it is for brothers to also sit together.’ These are the friends as they sit together and are not separated from each other. At first, they seem like people at war, wishing to kill one another … then they return to being in brotherly love. …And you, the friends who are here, as you were in fondness and love before, henceforth you will also not part from one another … and by your merit, there will be peace in the world.”

The onus of unity does not lie on one faction, but on all parts of the Israeli society. It is time we began a national reflection on our conduct as a nation. We can blame each other all we want for the disasters that land on us, but they will not stop until we realize that they reflect not our incompetence, but our division. Naturally, incompetence and recklessness are accomplices in every disaster, but these vices, too, are the results of our callousness and indifference toward each other. If we are content with finger pointing, we’d better get ready for the next blow.

Some of us openly admit our feeling that “we are not one nation.” However, if we use it to justify our alienation from each other, we will suffer more blows until we realize that we are meant to rise above our hatred, not embrace it and brag about our candor. Only when we rise above divisions are we regarded as a nation, and only then does the world welcome us. The book Sifrey Devarim details how in antiquity, people from other nations would come to Jerusalem during the pilgrimages to witness the brotherhood among Jews. They would “go up to Jerusalem and see Israel … and say, ‘It is becoming to cling only to this nation.’”