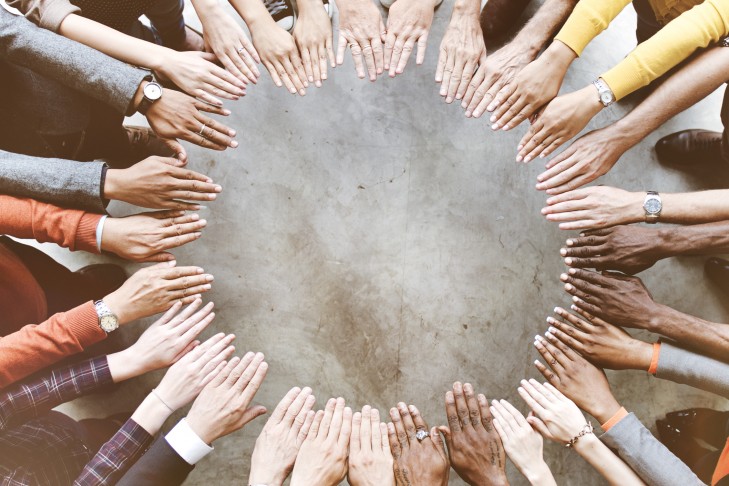 Practicing right speech that lifts up ourselves and others requires constant attention and effort. Today’s troubling example in the national media provides a negative, but usefully revealing, example.

“Animals” was the word used by the president last week to refer to certain immigrants he deemed “bad.” From context, it was unclear whether he was speaking about immigrants generally or specifically about members of the notorious MS-13 gang. Millions of Americans were outraged, and the president was only too happy to use his pulpit to clear up the matter in his favorite way: the self-serving one. He doubled down on his white privilege to repeat the slur in a more obnoxious manner. The news release “What You Need To Know About The Violent Animals Of MS-13” was splashed on the White House website under “Law and Justice” today with the objectionable word right there in the title and repeated another nine times in the 500-word article.

What’s wrong with this response?

First, it reflects poorly on the character of those who worked to deliver this message. The president is not the primary one who needs his image defended here. If millions of his constituents are insulted and if racists are emboldened by something he said, he might choose to walk back the comment — I am making a suggestion here — and make a conciliatory statement like: We value immigrants, uphold human dignity, and regret the misunderstanding. This might have helped defuse the situation, reassure vulnerable people, and contribute in the long-term to building a healthier national culture. There was no urgent need for a White House press release on MS-13, a gang mostly active in El Salvador and that displays, according to one expert, “no real solid evidence of transnational capacity.” That isn’t to say that MS-13 activity in the United States is not an important issue (they have indeed committed murders), but rather to say that the White House could have taken more time to express its concerns in a better way. The way in which we talk about issues reveals our character and our agenda. If the president intends to list incidents of gang violence that victimized “young girls [who] were chased down and brutally murdered,” he should do it in a way that respects the victims and sincerely seeks to build a safer world, not as part of an obvious publicity stunt for himself.

This is a lapse of anivut, humility. Rabbi Jonathan Sacks tells us:

“Humility [anivut] means that you are secure enough not to need to be reassured by others. It means that you don’t feel you have to prove yourself by showing that you are cleverer, smarter, more gifted or successful than others….This means that you can see other people and value them for what they are. They are not just a series of mirrors at which you look only to see your own reflection. Secure in yourself you can value others. Confident in your identity you can value the people not like you. Humility is the self turned outward. It is the understanding that ‘It’s not about you.’”

“a soft answer to a harsh challenge; silence in the face of abuse; graciousness when receiving honor; dignity in response to humiliation; restraint in the presence of provocation; forbearance and quiet calm when confronted with calumny and carping criticism.”

As a second and more important matter, calling anyone — even hardened criminals — “animals” has an insidiously degrading effect on society. One could just as easily expend the extra syllables to say “people who have committed heinous crimes.” As much as we abhor violence, it is important to attend to our language and speak with restraint. Violent gang members lead lives that I may consider to be morally undignified, but they are still entitled to procedural dignity in a court of law. Everyone is responsible for upholding a culture in which serious moral assessments and essential legal protections can be realized. When an elected official so gleefully refers to criminals, collectively, as “animals” — without gravitas, and to service his own public image — he simultaneously devalues the importance of nuanced moral judgment and undermines the role of the judicial system in according due process to human beings. We need to treat all humans, even the ones who are dangerous to us, as humans, because that is how we maintain robust nonviolent systems for dealing with our problems. We also need to remember that, once we open the door to calling one group of people “animals,” that term can too easily be applied to other groups of people.

Which leads us to the third point: While gang violence is a problem, so is neo-Nazism, and playing one enemy against the other is dangerous. In recent years, neo-Nazis have committed mass shootings against Sikh, Jewish, Christian, and Muslim centers (the last in Canada, close to home). Candidates on the 2018 ballots in the United States include a Holocaust revisionist in Massachusetts and neo-Nazis in California and Illinois. We need to find ways to elevate public debate, morally and intellectually, in ways that shut Nazis down. We cannot bandy about words like “animals” in reference to any group we dislike, no matter how criminal, because the legitimization of that word in reference to any human being is a dogwhistle and a lasting gift to neo-Nazis. Neo-Nazis would love to quote the president calling people “animals.” They won’t make fine distinctions about exactly who qualifies for this label or why. White supremacists don’t care who’s actually a criminal and who’s not when they seek to dehumanize an entire race, ethnicity or nationality. Therefore, we need to keep our speech noble, and we need to be savvy about how we address all forms of violence and hate. We need to speak precisely about criminal threats and keep those assessments separate from the way in which we accord moral and procedural dignity to those around us.

Lashon ha-ra (gossip or harmful speech), as discussed by Rabbi Yitzchak Berkovits in this audio recording, is rooted in one’s attitude. A careful choice of words can only temporarily mask underlying feelings and assumptions. When considering right speech, generally, the first challenge we should meet is to see the good in people wherever possible and to find opportunities to jointly lift each other up. Constructive speech will follow naturally. In my opinion, seeking to identify the most brutal murderers just to invent a media opportunity to use dehumanizing language against them, as the president did, reveals a bad attitude. Negativity will get us into trouble. It seeks out lashon ha-ra. We don’t need to find ways to stand on that ledge to show off. We don’t need to take a selfie there. When white men in power call people “animals,” they aren’t trying to teach us that gang violence is bad, which, after all, everyone already knows; they are doing it to establish that they control the language that defines what we are and to remind us that they can control who lives and dies if they want to.

A conversation about “animals” isn’t just about gang members, their sad stories, their grim deeds, and what justice, vengeance or mercy will be coming to them. It’s about everyone who isn’t white, or not white enough. It’s about everyone who is unwelcome because we practice the wrong religion, speak the wrong language, have the wrong parents, study the wrong books with the wrong teachers, or access our power in the wrong ways. It’s a bad joke that men in power tell themselves about how they decide who is human and who is not. It’s a problem that needs to burn very presently in Jewish memory, and it’s a threat that must not go unchallenged. 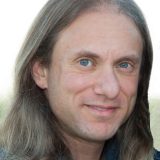