Close
Never miss a great event again!
Get the best Jewish events delivered to your inbox every Thursday with JewishBoston This Week.
By signing up, you agree to our Terms of Use and Privacy Policy.
Seniors & Aging
View all 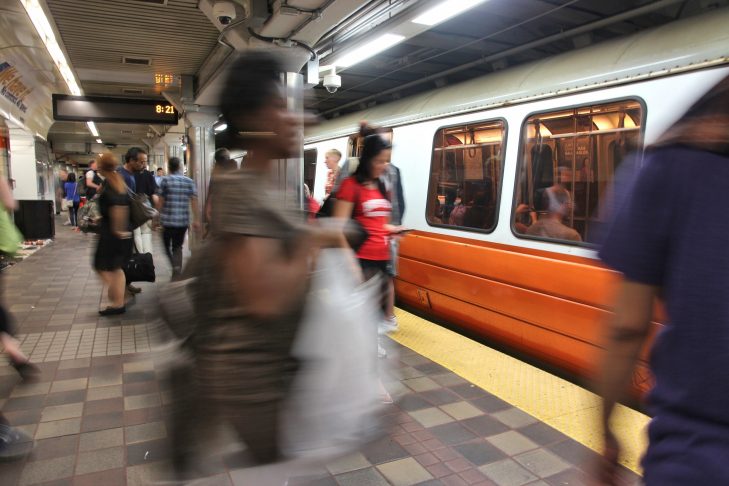 (Photo: tupungato/iStock)
OK, OK, I shouldn’t complain. I’ve been told that I don’t look my age, and that’s generally a good thing. Age discrimination and unfair treatment of older workers, especially women, is rampant.
Moreover, I have always been a late bloomer: I went to law school late, married late, had children late, owned a home late, learned to drive late—you get the picture. It’s actually a good way to be—you get to work with younger people and the parents of your kids’ friends are younger than you, etc. It’s true that late blooming can keep you feeling young.
But even I, someone blessed with not looking my age and who has very high energy “for my age,” can tire standing on the subway during my morning and evening commutes. And guess what? When you don’t look your age, hardly any of those 20-somethings who dominate MBTA ridership think to offer you a seat.
I’m not saying it never happens, just “hardly ever,” in the words of the Gilbert and Sullivan classic. But I digress.
So, I guess it’s a compliment of sorts. I don’t look like an old lady. But surely if any one of those 20-somethings were to look up from their phones, they might notice that I am visibly older by quite a bit than any of them.
For some reason that I can’t explain, a dear friend who’s my age reports that the exact opposite is the case on New York City subways and buses—apparently considerate young people there are constantly offering seats.
Indeed, she and her friends often debate the question of which is preferable: enduring the “insult” of being seen as old, or enjoying the comfort of a seat. Indeed my cousin in California told me in no uncertain terms he is offended when offered a seat! They clearly don’t commute twice a day as I do. I might feel the same dilemma as an occasional subway rider.
Well, perhaps I should resort to loud sighing, but little good that will do me when everyone is plugged in and can’t hear a thing that is not on their smart phones.
So I guess I’ll just have to grin and bear it, as they say. It’s the price you pay when you’re not young but are blessed with not looking old. Would a cane as an accessory help my case?
Nah, I’ll just suffer in silence, but if you are a 20- or 30-something who happens to be reading this, maybe, just maybe, you might consider looking up from your phone sometime and offer an oldish person your seat on the T. Don’t worry about possibly offending her. Trust me—it’s a mitzvah.