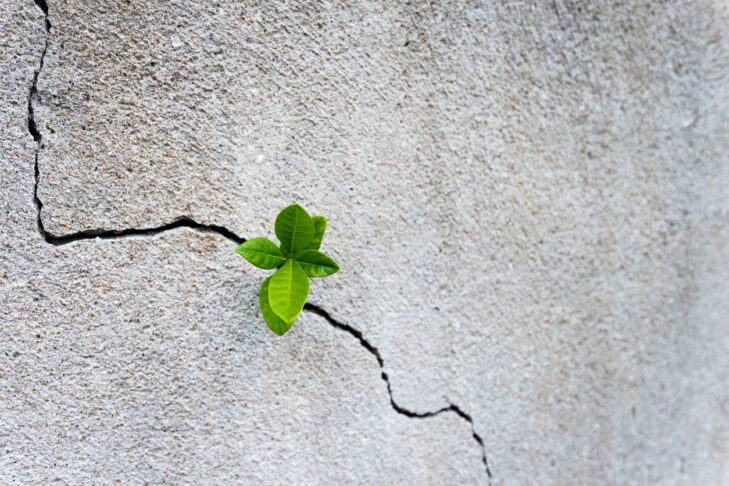 Shoulders slightly hunched, a blue pen in hand,
he wears a gray windowpane suit.
He stands at the lectern and a black mask covers his face.
Looking down to read his notes:
“We are not here, Madam Speaker, to vote for the candidate we want,” he says, “we are here to recognize the candidate the people actually voted for.”

News reports shared that “House lawmakers in both parties stood and delivered a rousing ovation.”

These words, like many we heard on Wednesday, were powerful.
But it’s not the words so much as it is the image.
For when you look closer, on the lapel of his suit is a congressional pin
and below it a shiva ribbon ripped with grief.

Because on Tuesday, Rep. Jamie Raskin stood at his son’s graveside.
And on Wednesday, he showed up to the House chambers to certify the Electoral College vote.

This image tears at my heart—
that Rep. Raskin mourns his brilliant son who struggled
with the “blindingly painful and merciless ‘disease called depression.’”
And it tears at my heart that Raskin—
who should have been sitting in his shiva house
is instead standing on the floor of the House chambers
in a gray windowpane suit.
What a window into the pain and grief of it all.

“Mommy, why is that man breaking a window?” she asks.
Nola Bea, my niece, turned 7 last week.
My brother’s eldest
she is truly the first beloved of the next generation of Gubitzim.
She is wise and thoughtful, very silly and very observant.
“Dominate the day,” my brother tells her
each morning as she heads off to school.
“Be curious, be kind,” my sister-in-law lovingly reminds her.
But Nola Bea was home from school on Wednesday
watching a man breaking a window because schools in New Orleans have returned to remote learning because the virus is…well, the virus….

This story breaks my heart.
Nola Bea should have been at school
being kind, being curious, dominating the day.
Except the virus and all the mismanagement…
She should’ve been at school, not at home asking her mommy,
“Why is that man breaking a window?”
And while a fair question on a normal day,
Wednesday was not a normal day.
Rather, Wednesday was a window
into the many-chambered heart of our country.

Grief and disbelief. How could this be?
And what is at the heart of it all?

And so I vacillate between these two images
and so many others that have crossed our screens
these past days, weeks, months, years.
My jaw drops. Is this real?
Having walked those corridors of Congress so many times
as a RAC legislative assistant,
then as a rabbi with teens raising their voices on Capitol Hill,
whether in Sen. Lugar or Sen. Warren’s offices,
amid multiple administrations and the spectrum of politics,
it was always respectful even when we disagreed.
What is at the heart of it all?
How could this be?

And so I vacillate among what we now call the cycles of grief,
for it is not linear and never complete,
back and forth between the two images:
of a lawmaker setting aside even the greatest of family priority—
grieving his son—
in order to carry out his commitment to our country,
and the child asking: “Why is it this way, Mom?”

And why is it this way
that the response of the summer’s fight for justice
for the lives of Black and brown and indigenous people,
why was that response met with troops and guns and armor?
And why was the response of this week from white supremacist insurrection
more or less met with a loving escort from the building
as if to say—“come again soon”
after looting Lady Freedom’s chambers?

For those who have memories nearer or further than my own,
do you also vacillate between them, asking how could this be?
Or asserting, “No! These are not the ways of the world!”

Then what are the ways of the world?
What is at the heart of it all?
And do we have any grounds for hope?

At the heart of it all is, of course, our Torah.
This Shabbat we begin a new book, a new chapter
—Shemot, Exodus.
Within it are so many images
that frame the history and memory of the Jewish people.
It is hard to believe all that occurs in just one Torah portion:
From a new pharaoh who knew not Joseph
forbidding Israelites to birth baby boys
to Egyptian midwives Shifra and Puah defying orders from Pharaoh
continuing to help Israelite women deliver their children.
One such child, Moses, is born,
placed in the Nile, then brought forth from the Nile,
by the daughter of Pharaoh, he is raised in the palace.
He sees injustice for the first time,
notices the plight of his Israelite people,
and acts on it violently.
He runs away to Midian where he meets Tzippora.
Out tending the flocks,
he comes across a bush that is burning yet not consumed.
He encounters God who also hears the plight of the people.
And Moses, a reluctant prophet,
begins to understand the signs and wonders of God’s power
and of his own voice within.
And then joined by Aaron,
he goes to Pharaoh to redeem his people.

Wow! What a Torah portion!
And what good timing
for us to glue ourselves to this narrative instead of the news,
giving us grounds for hope.

You see, while sometimes there are leaders who knew not Joseph,
there are other leaders who did and do,
and who know from goodness and mercy.
And sometimes, as we have seen,
there are leaders who have finally stated (albeit too late)
that we will not tolerate a heartless tyrant like Pharaoh,
that we will not let our home become as if biblical Egypt.
And there are people
who despite not knowing the ways the health of our world will endure
are still delivering children into this world,
each one a Moses,
a Miriam,
a Tommy Raskin,
a Nola Bea Gubitz.
And each supported by Shifras and Puahs
midwives, medical professionals, essential service workers
shepherding us into as much safety as their own hands will allow.
Not to mention those,
whether elected officials casting votes or those Puahs and Shifras,
whose name shares the root with “shofar”
as if calling out, and calling up,
phone bank by phone bank,
postcard by postcard,
fighting voter suppression and reclaiming our vote,
midwifing us,
Stacey Abrams-ing us,
Rebecca DeHart-ing us,
John Lewis-ing us.
delivering us
into a world of justice and equity
such that a Black, Indian American, female vice president
and a Catholic president could restore dignity to our highest office,
and a Black preacher and a Jewish man
could walk the halls of Congress hand in hand.

I can keep going…
The Torah is just that wise…and these are our grounds for hope.

As we know, the Exodus journey is a long one.
It eventually leads us to our own seder tables
recounting the joy and the sorrow,
the plagues and the freedom,
the cries and the songs of the Jewish people.
And then we wander for a long time in a desert.
But let us revel for a moment longer
on these grounds for hope.

For when Moses encounters a bush that is burning yet not consumed:
“I must turn aside,” he says, “to look at this marvelous sight;
“Why,” he wonders, “why doesn’t the bush burn up?” (Exodus 3:3)
Shifting his perspective, he wonders:
“How could this be so?”
As if to say,
can there, in fact,
be fire that does NOT burn everything down?
And God calls to Moses
and “Hineni, here I am,” Moses responds.
“Do not come closer,” says God.
“Remove your sandals from your feet,
take off your shoes,
for the place on which you stand is holy ground (Exodus 3:5).

Y’all, I don’t know about you,
but I haven’t worn shoes in weeks.
I’m not even wearing them now.
This call must be for us!
Offering us the grounds for hope!

There will certainly be
more pain, more virus,
more racism, more hatred,
but lest we allow the part of Wednesday’s horrific events—
and they were horrific—
lest we permit them to drown out the watershed moments
of what happens when collective power
pursuing a more just world,
led by Black women, no less,
rises up and wins.

Don’t forget to ride that wave a little longer.

So we will continue to hold it all,
this breadth of human experience.
From Congressman Raskin’s grief,
to Nola Bea’s questions,
to the visionary leadership of the Shifras and Puahs
and Miriams and Yocheveds
and Tzipporas and Bat Pharaohs,
and to Moses’s transformational journey
to lead the people—us—to freedom.

And we hold our grief while standing firmly on these grounds for hope.
So, as my family says, in these days and weeks to come,
let us be curious,
let us be kind,
and let us dominate these days
together. 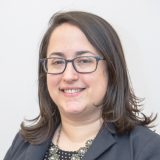 Rabbi Jen Gubitz
Rabbi Jen Gubitz is a rabbi at Temple Israel of Boston and directs the Riverway Project, whose mission is to connect 20s and 30s to Judaism and each other by living Judaism together through discovery and dynamic spiritual and righteous impact.