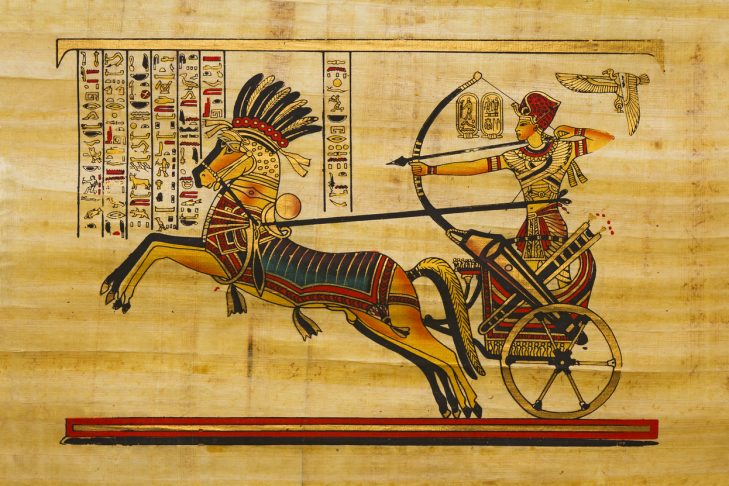 In the previous article, we described Abraham’s struggle to spread his revelation that there is only one force in reality, which he called “God,” that that force manifested in two ways—giving and receiving—and everything in reality reflected interactions between the two. We also said that Abraham realized that his contemporaries in Babylon, his homeland, were becoming alienated from each other. Abraham wished to counter that alienation with kindness and mercy in order to balance the growing force of reception with appropriate giving. When his efforts were turned down and he was expelled from Babylon, he wandered west to Canaan. Along the way, thousands and tens of thousands—according to Maimonides, Midrash Rabbah, and many other sources—joined him and became “the house of Abraham.” Those people formed the nucleus from which the Israeli nation would later rise. The special thing about them was that they had nothing biological in common but rather the conviction that receiving must be balanced with giving, and they were willing to toil in order to develop the quality of mercy within them.

The Book of Genesis (from Chapter 47 and into the Book of Exodus) tells us that when Israel went into Egypt, Joseph was already Pharaoh’s viceroy and his most trusted man. Pharaoh even gave him his signet to use as he pleased. When Joseph’s family sought shelter in Egypt, Pharaoh gave them the most fertile land in the country, the land of Goshen, in the eastern Delta of the Nile. Joseph placed his family members in key positions and they prospered under his protection. As long as they were united under Joseph, things went smoothly for them and they were successful, prosperous, and multiplied.

However, when Joseph died, the Israelites’ unity began to weaken. Consequently, everything changed. “The Israelites began to conceal their Jewishness,” writes professor Zvi Shimon of Bar-Ilan University in Israel. “They were immersed in Egyptian culture, enthusiastically attending Egyptian cultural events and adopting their modes of entertainment. Egyptian sports and theater were popular pastimes amongst the new Jewish immigrants.” Little by little, they abandoned their commitment to unity and immersed themselves in self-indulgence and narcissism. That, perhaps, was the first incident of disunity that leads to Jew-hatred, long before the terms had been invented.

Much to the Israelites’ regret, the more they wanted to assimilate in Egypt, the more Pharaoh and all of Egypt turned against them. The Book of Zohar (Shemot) asks, “Why were Israel exiled, and why specifically to Egypt?” The answer that The Zohar gives is that they were exiled to Egypt because the Egyptians “were proud and despised and loathed Israel,” and therefore did not want the Hebrews to mingle with them. Midrash Rabbah (Shemot 1:8) adds a more explicit version of the story, pointing the finger directly at the Jews: “When Joseph died, they broke the covenant and said, ‘Let us be as the Egyptians.’ …Because of it, the Lord turned the love that the Egyptians loved them into hatred.” In other words, Pharaoh and the Egyptians didn’t turn against Israel simply because they were bad people, but because they abandoned the legacy of unity and strove to mingle with Egypt and disunite from one another.

This is why the Torah writes that only after Joseph died, Pharaoh turned against the Hebrews. Once Pharaoh became “antisemitic,” if you will, the Hebrews had no choice but to reunite. This pattern, where Jews shun unity when they are prosperous and are forced into it by the persecution of a local leader, would repeat itself from Egypt to this day.

These days, we are seeing the end of the same cycle in America. Jews have been prosperous for several decades, achieved material wealth and power, but have abandoned their unity. Now we are seeing the flipping of the country from appreciation and approval to denunciation, criticism, and eventually hate.