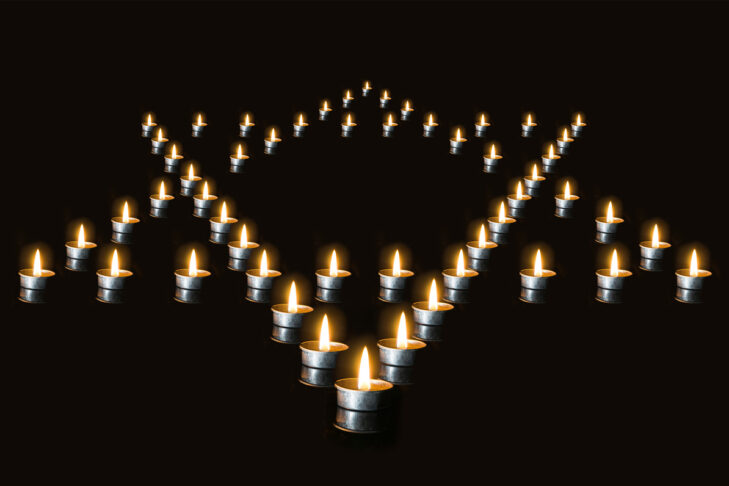 The editor of one of the papers where I write regular op-eds requested more information on my message that if Jews are not united, they bring on themselves antisemitism. Specifically, he wanted to know my sources for making this argument so insistently.

He is correct; people need to know where ideas come from, especially ones that are hard to swallow. Therefore, I have decided to write a series of articles that explain where Jews come from and why they have always been hated, with a few brief exceptions that also didn’t end well.

But before I begin, I’d like to recommend my latest publication on this subject, “The Jewish Choice: Unity or Anti-Semitism: Historical Facts on Anti-Semitism as a Reflection of Jewish Social Discord.” It will give you ample information about the origins of the Jewish people, the root of Jew-hatred, what they ought to do about it, and how their fate relates directly to their unity or lack thereof. In this series, I will provide sources, but not nearly as much as you will find in the book.

In the first articles, I’ll focus on the origin of our nation. I will show that antisemitism, albeit without that name, began as soon as our nation started forming.

Abraham, the father of the nation, was an inquisitive man. The son of a venerated priest by the name of Terah, he, too, joined the family business and worked at his father’s shop selling amulets and idols. In Mishneh Torah, Maimonides’ renowned composition, the 12th-century sage explains that Abraham “had neither a teacher nor a tutor. Instead, he was wedged in Ur of the Chaldeans [Babylonian city] among the illiterate idol worshippers, with his mother and father and all the people worshipping stars, and he—worshipping with them.”

But as I just said, Abraham was inquisitive; idols didn’t satisfy him. “His heart roamed and understood until he attained the path of truth and understood the line of justice with his own correct wisdom,” writes Maimonides.

Abraham understood that there was only one force in the world, and called that force “God.” To his idol-worshipping contemporaries, this was revolutionary thinking, “blasphemy,” if you will. Despite the objection of his father and even the dismay of King Nimrod, Abraham insisted on spreading the message to his countryfolk. “He planted this tenet in their hearts and composed books about it,” writes Maimonides. He “taught his son, Isaac, and Isaac sat and taught and warned, and informed Jacob and appointed him a teacher, to sit and teach and keep all those who accompanied him. And Jacob the Patriarch taught all his sons, and separated Levi and appointed him as the head, and had him sit and learn the way of God and to keep Abraham’s commandments.”

The books that Abraham wrote relayed that two forces emanate from the singular force called God: giving and receiving. They explained that all of reality consists of interactions between the two forces. When they are balanced, things run smoothly; when they are not, bad things happen.

Abraham noticed that in his days, the receiving force was becoming significantly more intense than the giving force. He noticed that people had become more self-absorbed, impatient toward each other, and tried to encourage them to be kinder to each other in order to balance giving with receiving. This is why to this day, Abraham represents mercy and kindness.

The Babylonians, proud and selfish, decided to build a tower that would demonstrate their greatness. However, the tower, which we now call The Tower of Babylon, was a testimony to their hatred for each other. The book Pirkey de Rabbi Eliezer, one of the most prominent Midrashim (commentaries) on the Torah, offers a vivid description of the Babylonians’ vanity: “Nimrod said to his people, ‘Let us build us a great city and dwell in it, lest we are scattered across the earth … and let us build a great tower within it, rising toward the heaven … and let us make us a great name in the land.’”

But more important than their vanity, the commentary offers a glimpse into the Babylonians’ alienation from each other: “They built it high … [and] if a person fell and died, they would not mind him. But if a brick fell, they would sit and weep and say, ‘When will another come up in its stead.’”

Despite Abraham’s warnings that their way would lead them nowhere good, they mocked him. The book Kol Mevaser writes that Abraham “would go outside and call out loud that there is one Creator to the world.” Alas, “to the people, he seemed as though he were insane, and children and grownups would hurl stones at him. Yet Abraham did not mind any of it and kept on calling.”

Despite the derision, Abraham’s efforts did not go unrewarded. After he was expelled from Babylon and left for the land of Canaan, he kept on circulating his discovery. Maimonides’s elaborate descriptions tell us that, “He began to call out to the whole world … wandering from town to town and from kingdom to kingdom until he arrived in the land of Canaan … When [people in the places where he wandered] gathered around him and asked him about his words, he taught everyone … until he brought them to the path of truth. Finally, thousands and tens of thousands assembled around him, and they are the people of the house of Abraham.”

That was the beginning of the Jewish people—an assembly of people who had nothing in common but their conviction that receiving must be balanced with giving, and who were willing to toil in order to develop the quality of mercy within them.