Los Angeles-based author and advocate Robin Finn, who has a master’s degree in public health and another in spiritual psychology, writes about spirituality and parenting. Many of her essays focus on her teenage son, an academically gifted child who also has ADHD. He recently became a bar mitzvah. The mom of three talked to JewishBoston about the challenges and gifts of raising a child outside the mainstream. She’s now working on a memoir.

How did you first determine that your son was experiencing challenges?

He had very severe ADHD. I didn’t know this as a young mom. We got kicked out of Mommy & Me when he was 18 months old. I wasn’t prepared for the journey I was on. This was not the picture. Was he just physical? I wasn’t really aware. He was a happy baby!

Diagnosis is such a process. You don’t want to think something is wrong. He’s little, he’s impulsive, boys are less mature. “Special needs” is a huge spectrum, and when you have a child who looks “normal,” you’re in a different boat. People tend to have more compassion for children who have a wheelchair or some obvious disability. When you’re dealing with a kid with “invisible” special needs, there isn’t a lot of compassion. I took him to a behavioralist, to physical and occupational therapy. I didn’t want to do drastic things like medicating him, if he’d ultimately be where his peer group was.

How were you treated when he acted out?

You’re going to experience mom judgment, big time. My son was super hyper and really impulsive, and so you’re dealing with behaviors that are considered “bad.” Especially if your social circle is other moms, and the other moms don’t like you and they don’t like your child. It’s, “Boy, you must be a bad mom.” But that mom is probably working harder than anybody. And yet people seem to give you the stink-eye wherever you go. That is a really painful aspect of parenting a kid with special needs. 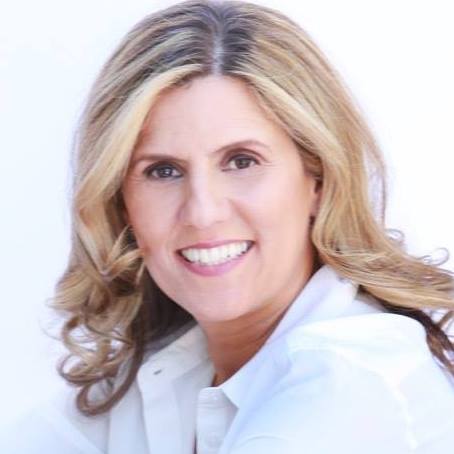 How did he behave at school?

When he left elementary school, our lives significantly improved. Preschool, he almost got kicked out, but at public school, they can’t kick you out. He’s highly gifted and also has really significant challenges. It makes it even harder. He’s way ahead of the game in certain areas, and they have to be addressed, and way behind in other areas. In a school setting, how do you address someone who may be academically years ahead but socially and emotionally two years behind?

He couldn’t sit at circle time. He was rolling onto his neighbor, asking a million questions, he wasn’t able to raise his hand and wait. That was such a challenge. He would hug people, and his hugs would be very passionate. Not every kid wants to be passionately hugged by a friend. He’d get frustrated, grab a ball, or push someone. I always felt that in some ways, the acceptable behavior today is narrow, and some of it wasn’t a big deal. Some of it was disruptive. But it wasn’t like he was throwing chairs. But in today’s society, where kids have a lot of things to cover in school, even in first grade, it was.

How did you deal with it?

Ultimately, we decided to use medication for a trial period. It was a nightmare. He lost weight; he was lethargic. We stopped and swore we’d never do it again. He didn’t take anything again until third grade. A good child psychiatrist is like finding a needle in a haystack. We finally found one who really cared about my son, not just about medication.

How did these issues affect his self-image?

The issue is that your child is getting these terrible messages about who they are, and his self-esteem was suffering. He was bright and insightful. He’d ask, “Why can’t I be like other kids? Why am I in trouble? I’m not a good boy.” As a parent, it’s heartbreaking to hear, and your child gets these messages every day.

What led you to seek out a degree in spirituality?

Ultimately, I went through the cycle that most parents do. First, there was denial. Then there was diagnosis shock, all the “to-do-ing” when you find out something isn’t quite right. I realized I was totally exhausted. I was drained and down.

I enrolled in a spirituality program at the University of Santa Monica. I went one weekend each month for two years. It helped me get in touch with the inner peace that I had none of. It was just turmoil. And I think that was a turning point: I learned how to cope with the fact that my life didn’t look how I thought it was going to look.

From that, I started writing personal essays. I was flooded with emails from parents, and this changed the trajectory for me, becoming an advocate and a writer.

How do your other two kids, and your husband, deal with your son’s issues?

My daughters are advocates. They are very inclusive and very understanding that people are different and struggling with different things. I relied on my husband so much to just be supportive emotionally, because he worked outside the home, and I was at home.

What advice would you give to other parents in similar situations?

With friends, I had felt wounded and sad and isolated. Then I began talking more freely and openly, and I attracted the kinds of people that were wonderful support for me. I found my village, but it wasn’t where I thought it would be.

Have a village, even if it’s two or three people. Maybe it’s not at school or soccer. Let go of how you “wanted” it to be, which opens up a huge space to wander into how things might appear. When you let go of that, it’s so amazing how support appears somewhere you might not expect. I thought I’d have “mommy” friends, but when I became a writer, that’s when I embraced myself. It’s about letting go of the picture of where you wanted it to be. I became free to love and accept the way things are, and I could embrace the unique and special person that my son is. I let go of feeling shame. So I learned the lesson of acceptance, which created so much more joy for me.