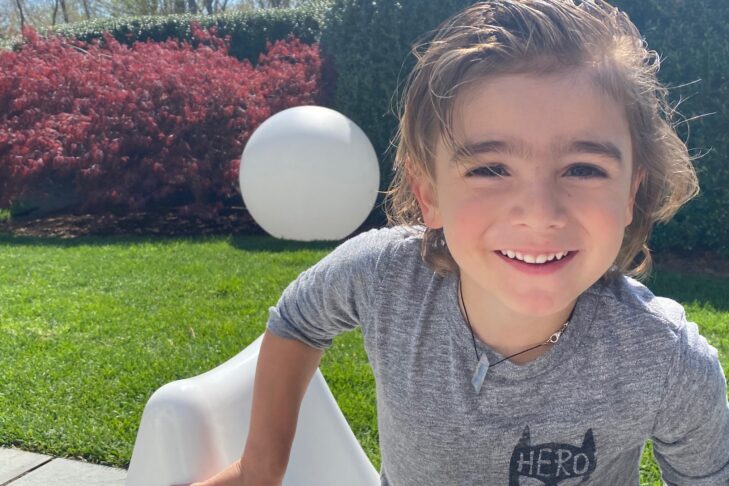 Five-year-old Max Herzog was born strong and happy. But as an infant, he was diagnosed with Duchenne muscular dystrophy—a rare childhood disease that, until now, has proved ultimately fatal as muscles weaken and fail. His dad, Jesse Herzog, helped to form Cure Rare Disease. The Boston-based group is devoted to finding a cure for unusual childhood diseases such as Duchenne muscular dystrophy alongside Boston’s Rich Horgan, whose brother, Terry, suffers from Duchenne.

The organization funds development for custom therapeutics for 7,000 rare genetic disorders (read about their process here), from dystrophy to spinal muscular atrophy to cystic fibrosis, in collaboration with researchers from Boston Children’s Hospital, Yale University, UMass Medical School and UCLA.

Herzog spoke with JewishBoston about parenting a child with a degenerative illness and hope for the future.

How did you get involved with Cure Rare Disease?

We met with Rich, and we talked about Max’s diagnosis and his brother’s diagnosis and prognosis, and we instantly felt a synergy and connection in that he had a tremendous amount of knowledge and experience. He was making it his life’s work to find a cure for muscular dystrophy and other rare diseases, and we had a network of people through business and our personal life that we thought would be committed from a financial resources perspective. Our small group took Rich’s start-up foundation and made it into, from my perspective, a pretty mighty powerhouse of carefully curated individuals who are exceptional in their space, and are making progress in leaps and bounds in the muscular dystrophy arena but also rare diseases in general.

Could you talk about your own medical journey with Max?

Max is our third child. We’ve got an 11-year-old daughter and a 9-year-old daughter. Our daughters were born completely healthy, and we had very little experience with any sort of medical conditions or needs. And so Max was born. At 6 months old, my wife noticed that he had a couple of random pubic hairs, and she thought that it was a little bit odd, considering the fact that our two girls never had anything like that. Our pediatrician looked at it and said, “Jeez, that’s sort of odd. We’ll send you to an endocrinologist to have a look.”

The endocrinologist said that he probably had benign puberty but ran bloodwork to make sure. And, in fact, he did have benign puberty, and that was the reason for the pubic hairs, but in the process of running the blood work, they found his CK levels, or his creatine kinase—the liver enzyme levels—were off-the-charts high. If an average adult is supposed to have a CK level of, let’s say, 80, I believe his first results came back at 18,000.

We went through the traditional process of elimination as to what that could be. Max was born 11 pounds. He looked like a superhero when he came out of the womb. He met or exceeded expectations or milestones up to this point. So we were puzzled as to what it could be, and all the while, these medical professionals were not really racing to find answers. Everything felt like it was taking a significant amount of time. Because there’s no cure, there was no real rush to get a diagnosis. 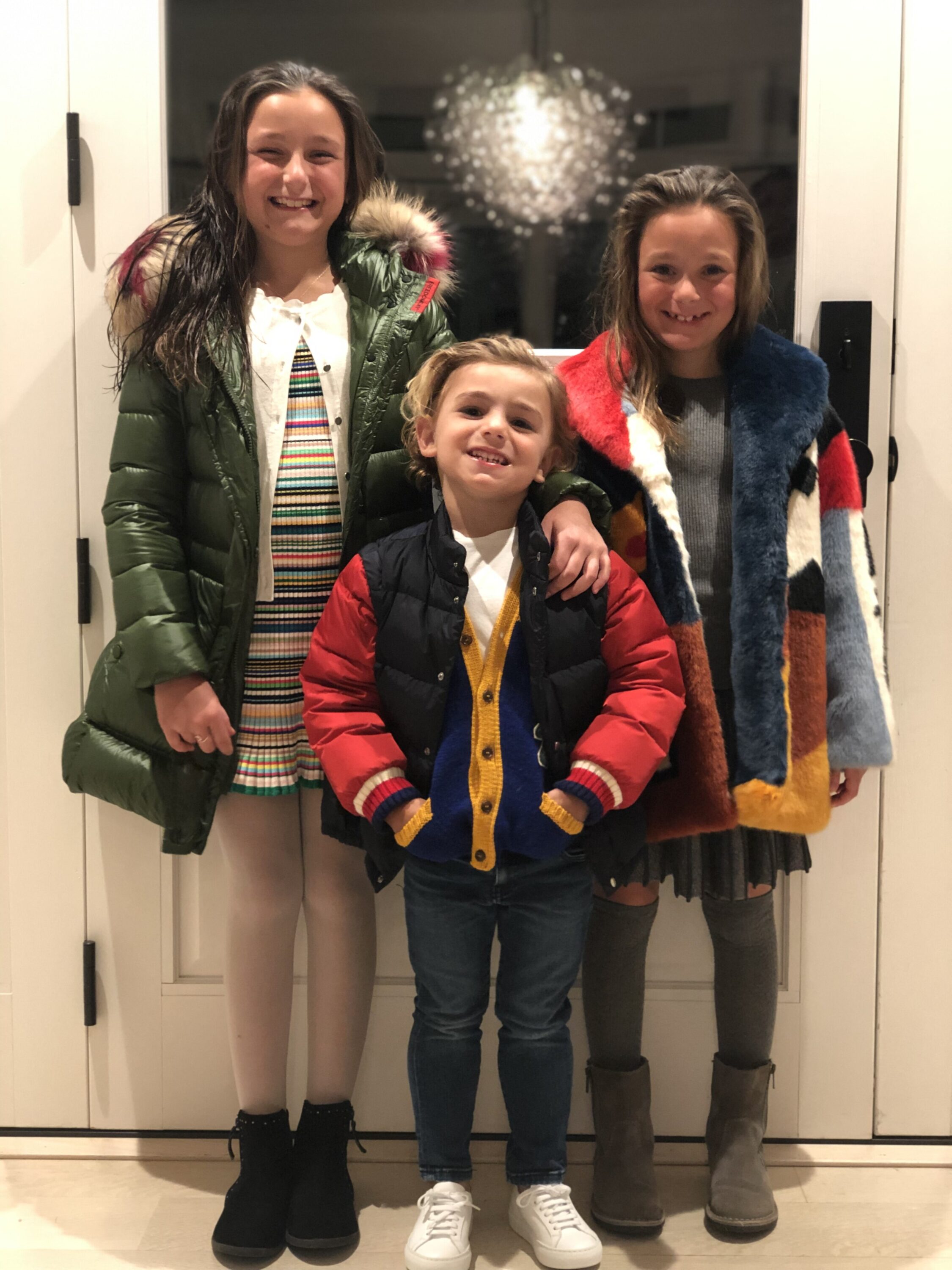 What finally helped you arrive at a diagnosis?

We put our foot on the gas, finally, because bloodwork kept coming back with these critically high levels. We met with a specialist who identified it as being something in the neuromuscular space, and so they referred us to a neuromuscular doctor. And very quickly, within a couple of visits, they had, again, through process of elimination, diagnosed him unofficially with muscular dystrophy. We were fortunate enough to be able to have a DNA test done, which many kids cannot, to identify exactly what the DNA mutation is. And in that process, we were able to confirm that, unfortunately, he was in fact a Duchenne muscular dystrophy patient.

This all happened between 6 and 8 months of age for Max. When it was confirmed that he had Duchenne muscular dystrophy, we met with a clinical doctor at Yale, who’s sort of old-fashioned, who said, “There’s really nothing you can do. Go home and love your son, and come back when something changes or when you see changes in him.” And, obviously, that’s a devastating blow to any parent. And so my wife and I hunkered down and tried to figure out what were we going to do. We didn’t know anything about Duchenne muscular dystrophy. We didn’t know anyone with Duchenne muscular dystrophy. But we kept on getting the same commentary about it, which was: “There’s no cure, there’s no reliable treatment. Provide the best life you possibly can for them because you just don’t know how long they’ll be on this earth.”

What was your mindset at this point?

I think our initial reaction was, “OK, we’re going to live life to the fullest. We’re going to travel, we’re going to take Max to all the places that we want him to see.” And so we did that for a period, all the while putting a toe in the water as to how we could be more progressive in the approach, but not really digging in. Once we started to dig in, we met with people from Connecticut, California, Chicago, Boston and everywhere in between, and we landed with Rich, and he was just, from our perspective, light years ahead of anybody else. And that was the start of our collaboration.

As Rich often puts it, we’re in a race against time. We’re in a race against death. Specific to Duchenne muscular dystrophy, it’s 100% fatal. So, what’s our mission? Our mission is to shift the paradigm of treating rare diseases, and we’re starting with Duchenne muscular dystrophy. Our mission is to develop customized therapeutics, which means basically individualized treatment specific to the patient in order to fix their mutation or their defective gene.

We need to obviously raise awareness, we need to raise resources, we need to get both individuals and pharmaceutical companies and anybody who will listen on board to what we’re doing, and a lot of that is harnessing people who are impacted or affected by rare diseases. There’s millions of people who are, and tens of thousands, if not hundreds of thousands, with muscular dystrophy, and just making them aware that we’re working on an approach that’s different.

How do you fulfill this mission?

Much of this is done through fundraising. Our foundation is completely self-funded, and our CEO, our founder, our president doesn’t fly around on a private jet—he lives in an extremely modest apartment in Roxbury. Like I said, he takes a very modest salary, just enough to live, and it’s a grassroots, bootstrap organization. So I think the more awareness we can have, the more impactful it will be on our progress, for sure. COVID-19 has been a massive blow to us, because we raise a significant amount of money through events with hundreds of people. 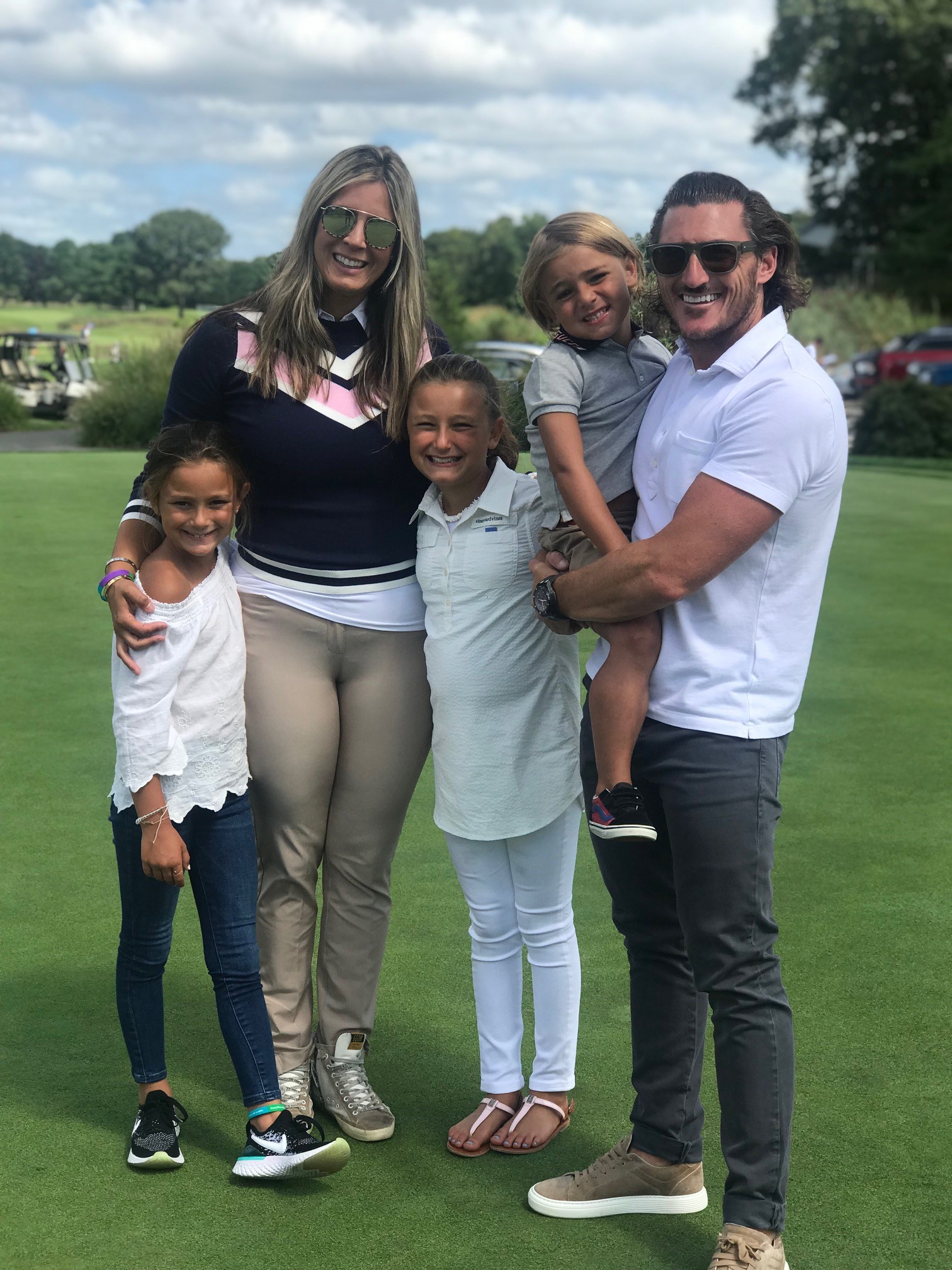 This is the season for gratitude. Is there an element of gratitude here?

I’m Jewish, and my wife is Catholic. My parents went to Weizmann Institute two years ago, in Israel, and spent time meeting with scientists. While they were there, they found this statue by Nicky Imber. He was a Holocaust survivor. It’s a statue of a mom holding her little boy in the air. It identifies as hope. I think our son has given us so much hope, not only in curing Duchenne muscular dystrophy but curing all these other rare diseases that impact families with far fewer resources than we have, and giving them better lives. On a small scale, he’s made my wife and I better people, better spouses, better parents, just simply because of the fact that we cherish every single day we’re on this earth with our children and our children are on this earth with us.

But I think our role in the community and our role in this world has been expanded so much by this little boy that it’s almost un-quantifiable. I have a huge level of confidence that we’re going to cure this disease and others. We’re going to do it while my son’s on this earth, and we’re going to help all these other people who don’t have access to the resources that we do.

What can we expect to see from Cure Rare Disease in 2021?

We’ve had success in vitro. Patient zero, Terry, his cells have been cured in the lab. What Duchenne patients lack is the ability to produce dystrophin—that’s the protein that repairs muscle. His cells are actively producing dystrophin in vitro.

We are working with the FDA now to get approvals to dose Terry. We would be dosing him with a virus that has these cured cells attached to it, and we’re hopeful and confident that this would take place in the next six months. So he’s going to be proof of concept. We have proof of concept in the lab, and we need proof of concept in man; we’re hoping that will be 2021.

Can you say more about how your Judaism informs your activism?

We’re an interfaith family. It’s inherent in my family that we contribute, that we give back. We have spent a lot of time and money and resources making a better life for people who need it. Although the roads or the paths may be different in the Catholic religion and the Jewish religion, I think that good people all end up at the same place.

I don’t know that it’s directly related to Judaism, but I think believing in something bigger than yourself and having hope is what keeps us going every single day—more so than any contribution or donation event. Where there’s life, there’s hope. And so as long as we’re on this earth, we will continue to not only serve our family but serve something bigger, which is all these other families that are impacted by the disease and, ultimately, God.

How would you describe Max?

In one word: superhero. He’s been filled with so much love in our community. He’s the happiest little boy you’d ever want to meet. He doesn’t know that he’s any different from any other boy, and that’s been a result of not only his family but all the other amazing people who have come into his life who make him feel as though he’s no different. And he’s made me a better person. I think he’s made my wife a better person. He’s made his sisters better people. He’s everything and anything you’d ever want in a child.