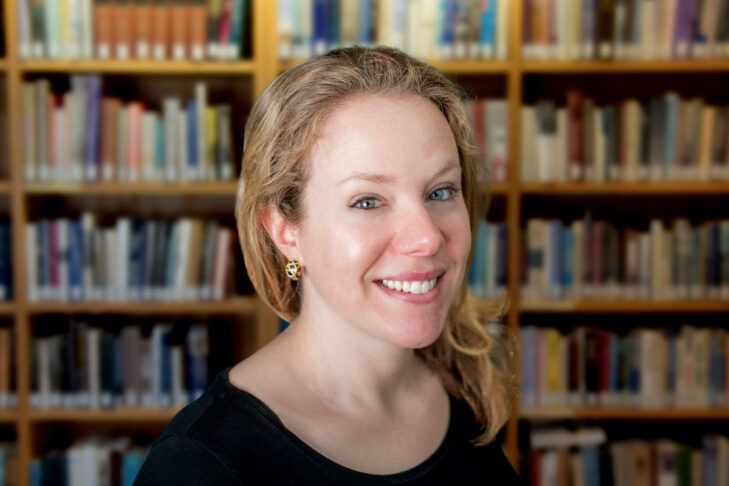 Rachel Barenbaum’s new novel, “Atomic Anna,” is brilliant for its intricate plot and the existential questions it poses. At the book’s core is an amazing group of women representing three generations. They include an exceptional nuclear physicist—the Anna of “Atomic Anna,” her daughter, Molly, a talented artist and creator of the “Atomic Anna” comic book series so crucial to the story, and Raisa, Anna’s granddaughter and Molly’s daughter, a math genius with a passion for physics. She will eventually take up the mantle of her grandmother’s scientific inquiries.

Barenbaum, who lives in Brookline with her husband and three children, has set her novel in the Little Russia neighborhood of Philadelphia. Along the way, she seamlessly incorporates her love of science and philosophy into a uniquely genre-defying book. Molly came to America as a young child, and Raisa was born in the cradle of American liberty. Anna, a stalwart communist, has remained in the Soviet Union. As Barenbaum layered the notion of time travel into her story, she constructed one of the most original novels by a contemporary writer of literary fiction.

The book’s heart is a meditation on the Chernobyl disaster and the possibility of reversing the disaster by time traveling. Anna has perfected a machine that allows her to make limited jumps across the decades to alter the course of history and the lives it touches. Traversing time comes at a great psychological and physical cost to Anna, who, by the time Chernobyl has happened, is in her 70s. However, Barenbaum sets events in motion when Anna misses the nuclear meltdown in 1986.

She writes that Anna “didn’t hear the explosion or feel the catastrophic shudder as Reactor No. 4 ripped apart, its insides flayed, releasing the most dangerous substances known to man. Nor did she witness the shock of light that stabbed the dark, because at that exact moment Anna tore through time. It was her first jump—and it was an accident.”

Barenbaum recalls that she grew up “with the meltdown of Chernobyl as a massive event in my childhood, where I realized how terrible mistakes can be, and how amazing science can be. But science can also be destructive, and that terrified me. So, I grew up constantly thinking about Chernobyl. That led me to think about all these crazy things that were built in the Soviet Union, like the cosmic ray station on Mount Aragats in Armenia. I put it all together that I was not just writing about three generations of women, but also about the concept of time travel.”

Barenbaum further notes that she integrated time travel into her complex plot a few years after starting the novel. In the book’s acknowledgments, she said her inspiration for setting key scenes on Mount Aragats fell into place after reading a 2020 New York Times article about an actual cosmic ray research station there. The article led Barenbaum to give “Atomic Anna” a distinctive multi-dimensionality. 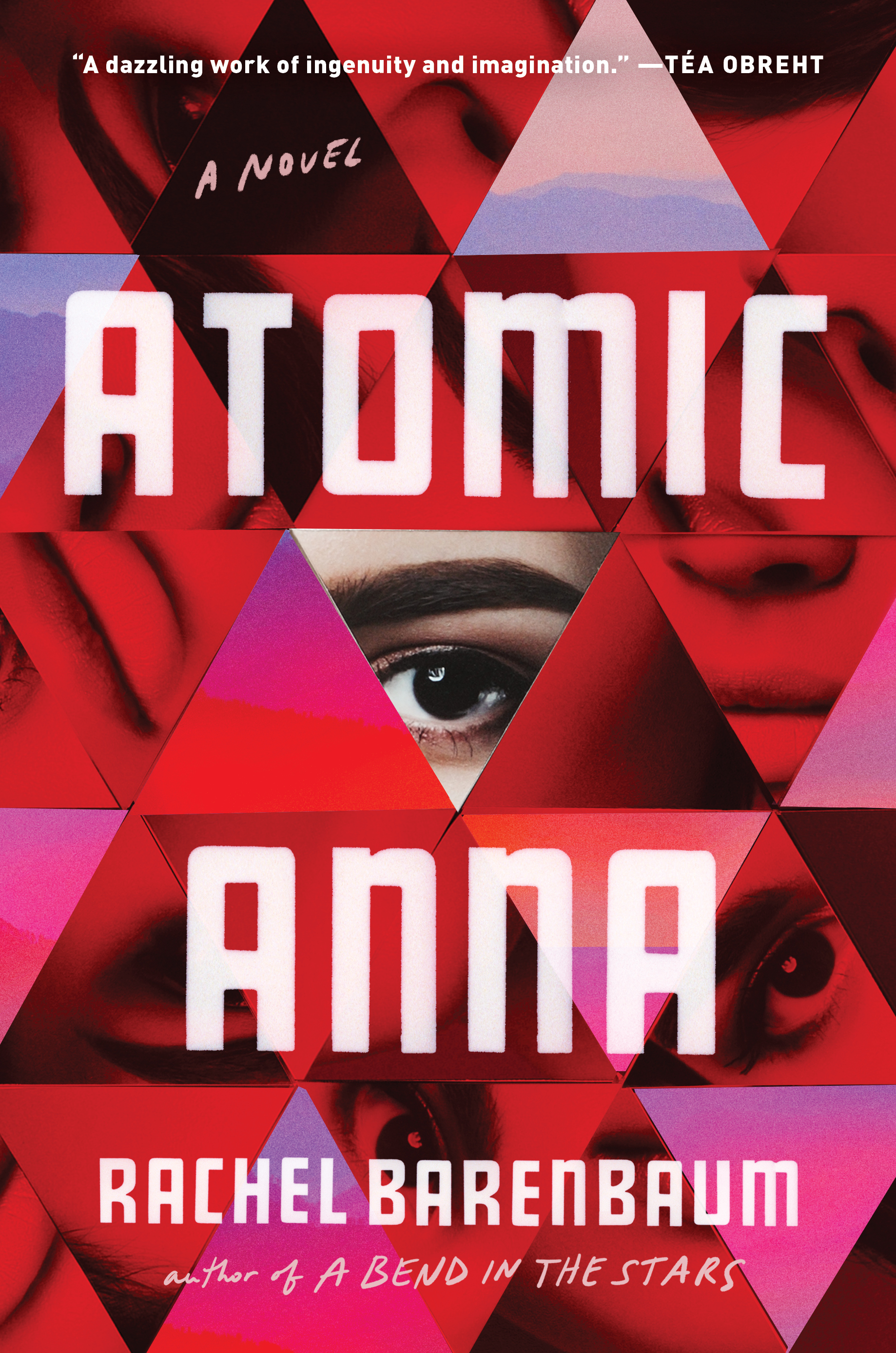 While science is front and center in the book, Barenbaum threads philosophical inquiries throughout. As an undergraduate philosophy major at Harvard University, the subject comes naturally to her. Barenbaum is also an admirer of Albert Einstein. His work played a significant role in her first novel, “A Bend in the Stars,” set in 1914 Russia. The book depicted another race against time as World War I was closing in, and the solar eclipse of 1914 loomed large in the protagonists’ fates. Both of Barenbaum’s novels reflect her propensity for seeing history through extreme events tinged with a bit of the supernatural. To that end, Barenbaum makes incredible imaginative leaps in her writing, in which she lands a perfect 10.

Barenbaum’s admiration for Einstein extends to the idea that “he starts all his science and math in philosophy. He thought about ideas and thought experiments and saw physics before he translated any of it into theory or any kind of math. I love that this question of time is philosophical before it becomes anything mathematical. I also started the book with Einstein’s observation that only physicists understand that there is no difference between the past, present and future.”

Echoes of Einstein’s reflection of a world of transcending time boundaries are just beneath the surface of Barenbaum’s narrative. “We all had to decide that time would be defined by seconds, minutes, months and years,” she says. “That doesn’t exist if you’re the moon or anything else. So, it’s a very philosophical question.”

Barenbaum adds that various expressions around time, such as losing time or killing time, intrigue her. “We set clocks and have these strict schedules that we have invented,” she says. “But it brings up the question of what the purpose of time is. I’m not saying we shouldn’t have schedules, but why are we obsessed with them? It fascinates me that we spend so much of our lives thinking about time, adhering to routines and working with time, which is an entirely invented concept.”

Barenbaum also grapples with the philosophical conundrum of impossible choices. Tiptoeing around any spoilers, each of the women in the book must wrestle with choosing between saving their family or saving thousands of people from the Chernobyl disaster. Barenbaum acknowledges that the struggle with aligning our priorities with our beliefs brings up “a huge moral question. People in the Holocaust faced this question all the time. ‘Do I save my daughter, or do I save thousands of people? Do I sacrifice myself for the greater good?’ There is no good answer to that. It’s a real dilemma we face in the world, and I wanted to put it in the book so we start thinking about it more and talking about it openly.”

“Atomic Anna” appears at a time when Russia’s invasion of Ukraine puts Chernobyl and the ensuing fallout of nearly four decades ago in the news again. But “Atomic Anna” is couched in pure invention as it considers the ultimate philosophical question: Can we band together to change our behavior and alter the ultimate disaster toward which we seem to be hurtling? Barenbaum will have readers considering that frightening question long after finishing her book.

Rachel Barenbaum will be in conversation with Rabbi David Starr of Congregation Kehillath Israel on Tuesday, May 24, at 7:30 p.m., followed by a book signing. The event will take place in-person and online.