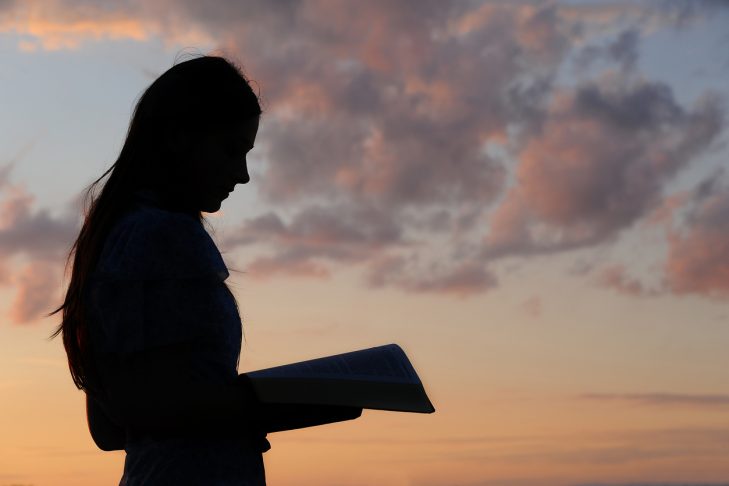 During upcoming High Holiday services, we will shortly confront one of the most theologically disturbing prayers in all Jewish liturgy, the Unetaneh Tokef, which begins: “On Rosh Hashanah it is written and on Yom Kippur it is decreed…who shall live and who shall die….” One year, a congregant, Jen Richler, came to me to discuss the spiritual disaffection that the Unetaneh Tokef provoked in her after the untimely death of her young mother in a freak accident. She refused to utter any longer a prayer that implied, “God had taken my mother’s life because she hadn’t sufficiently repented, prayed, and/or performed righteous acts.” (Jen, a freelance writer, compiled her reflections into an article for Tablet, “Why I Stopped Saying the Unetaneh Tokef, and Why I’m Ready To Say It Again,” published in 2014.)

The difficulties generated by the Unetaneh Tokef apply to prayer in general, of which the Unetaneh Tokef is but one particularly problematic example. Should I recite a prayer if I disagree with its meaning? If a prayer upsets me but I say it anyway, am I a hypocrite? To whom am I praying? Why should I pray at all?

The Torah provides only a smattering of fixed liturgy (most Jewish prayers were composed centuries later during the rabbinic period), but one example appears in this week’s Torah portion, Ki Tavo. While presenting the first fruits of the harvest to the priest, the Israelite farmer is supposed to recite a formulaic declaration of gratitude that is worth examining closely. The text contains subtle shifts in language that guide the speaker along a path of increasing engagement with the Jewish people, Jewish tradition, and God.

First, the farmer says to the priest:

I acknowledge this day before Adonai your God that I have entered the land that Adonai swore to our ancestors to give us (Deuteronomy 28: 3).

This is a little peculiar, because Adonai is not merely “Adonai your God,” the God of the priest, but the farmer’s God as well! Next, the farmer continues:

My father…went down to Egypt…and became a populous nation. The Egyptians oppressed us…and we cried to Adonai, the God of our ancestors, and Adonai heard our plea…and brought us out of Egypt (Deuteronomy 28:5-8).

In this middle section, the language invoking God has shifted; the speaker no longer refers to “Adonai your God” but “Adonai, the God of our ancestors.” Additionally, the declaration, largely formulated until now in the first-person singular (“My father went down to Egypt”), suddenly shifts to the first-person plural (“The Egyptians oppressed us, and we cried to Adonai, and Adonai heard our plea and brought us out of Egypt”). What’s more, the declaration’s formulation makes the speaker identify with earlier generations, because the events it specifies did not happen to the speaker directly but took place long before.

God has brought us to this place and given us this land…Wherefore I now bring the first fruits of the soil which You, Adonai, have given me (Deuteronomy 28:9-10).

In this final section, the grammatical formulation reverts from first-person plural (“God has brought us to this place and given us this land”) back to first-person singular (“I bring the first fruits which You have given me.”) More spectacularly, the speaker no longer casts God onto the official religious representative with the expression “Adonai your God,” and has even progressed beyond the middle ground of admitting the God of yesteryear with the expression, “Adonai, the God of our ancestors.” The speaker now comes to address God as an ongoing Presence in the speaker’s own life: “You, Adonai.”

The progression in the textual formulation of the farmer’s ritual declaration in Ki Tavo can serve as a blueprint for our evolving relationship to fixed prayer in general, especially for those of us who start from a place of deep alienation or skepticism. At first, we may relate to the words in the prayer book, or to organized religion as a whole, in terms of “Adonai your God.” We might say to ourselves: “This stuff is fine for rabbis, pious folk, and the ones at services who seem to be able to utter these words straightforwardly week after week, but they’re not for me.”

If we don’t reject the received text out of hand but stick with it long enough, we may allow our perspective to shift until we are at least able to admit the power of tradition. It’s no longer “Adonai your God” but “Adonai the God of our ancestors.” We can recite these words even if we don’t personally subscribe to them, because, by vocalizing the exact phraseology uttered by Jews everywhere for centuries, we link ourselves to the Jewish people across all time and space. Thus, the language of prayer shifts from first-person singular to first-person plural.

If we persevere by struggling with the implications of the text itself, we may eventually mold a personal relationship with the words on the page. It’s at that point that we can call upon the subject of our address with sincerity and integrity as “Adonai my God.” The language of prayer reverts to first-person singular, because each one of us can now genuinely assert: “I claim these words for myself.”

It turns out that my congregant Jen progressed through the three stages outlined above in her own evolving relationship with the Unetaneh Tokef. At first, she rejected the prayer altogether. Later on, she was able to admit the emotional power of communal ritual, reciting the common language of fixed prayer even if it didn’t resonate with her personally. However, as a professional writer who prized the principle of intellectual integrity, Jen ultimately did not come to terms with the Unetaneh Tokef until she unearthed an interpretation of its actual words that she could embrace as her own. (Specifically, the prayer’s conclusion did not imply that God was punishing Jen’s mother for failure to repent, pray, or perform righteous acts, but, rather, that these activities can help us transcend life’s many tragedies, including death, and perhaps even transform them into blessing.)

This last leap—appropriating communal prayer for ourselves—is surely the most challenging, as well as the most rewarding. Each one of us will take away a different message. That’s the thing about Judaism: it is an undogmatic religion that comprises as many pathways as practitioners.

Rabbi Green’s observation about Torah, which never prescribed one authoritative meaning but was always multifariously interpreted, also holds true regarding traditional liturgy. We are not supposed to remain passive consumers of the received text. Judaism demands much more of us—active reflection, involvement, and struggle.

At High Holiday services this year, if you find yourself indifferent or even antagonistic to what you read in the prayer book, consider this. Maybe the words on the page are merely the jumping-off point. Maybe the true prayer is the one that emerges from the heart after you have argued with its words, cast them aside, and picked them up once again, but this time in your own voice.