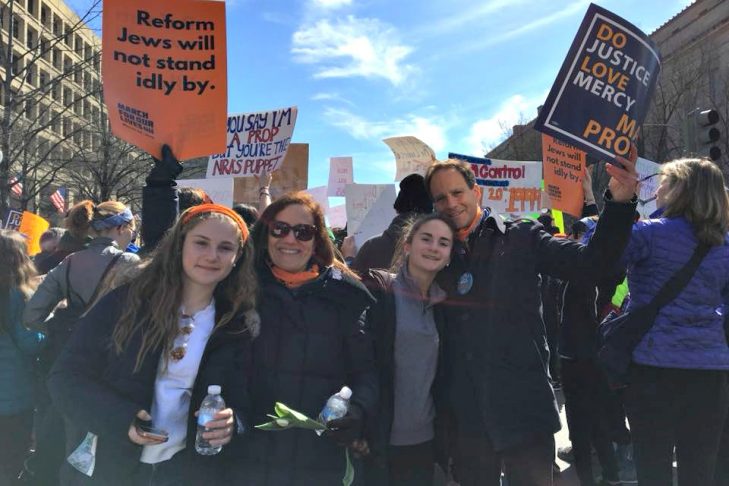 On March 24, 2018, I was fortunate enough to participate in the March For Our Lives in Washington, D.C. There, I joined my generation—including those who were in the tragic Marjory Stoneman Douglas High School shooting in Parkland, Fla., and several other schools that guns have been brought into—in changing history. The mission of the march was not to only commemorate the lives of those that had been lost to gun violence, just as many of our politicians had failed us in doing, but also demanding legal action toward safety in our schools, something many politicians have not taken steps in doing.

The march, organized by kids my age and older, was our response to the things that angered us by our government in regard to the Parkland shooting. Our goal was to communicate that condolences are not enough; our safety when we enter the doors of our schools each day should be guaranteed to us. We were there to push for legal action that should have been taken long ago, but in my eyes we did so much more.

That day, standing with my generation, we truly made history. We not only advocated for our right not to have to be put through what too many children in our country have gone through and even lost their lives to, but we demonstrated something much greater. We showed that even as kids, we understand the difference between words and real action and, sadly, many of us have experienced the types of losses that occur when all that is said and done is thoughts and prayers. Furthermore, we demonstrated the strength and beauty of democracy. Even as kids, we are given the right to advocate for a change that we would like to see in our nation. By marching that day, we showed that our democracy is strong and that we will see change in our government, that all innocent lives taken at the hands of a gun will not be forgotten, and that none of us will accept being next.
—Bobbie Pesner, 14 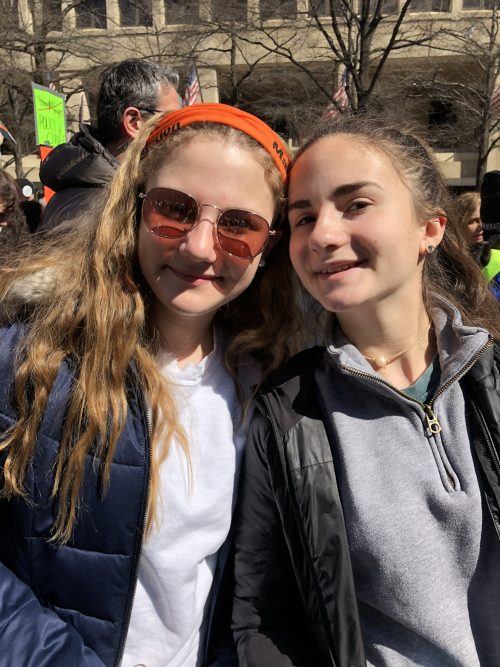 Those were streets lined with upscale shops and restaurants visited frequently by many locals. Usually they would have been consumed by rush hour traffic, window shoppers and the hustle that resides in any city. However, on that day, oceans of people were crowded in the streets surrounding the capital. We waved colorful signs and sang clever chants. Onlookers witnessed the protest as they rushed to their engagements. Pop music blared on speakers and not a car could be seen for several blocks, other than a few army trucks protecting the crowds.

I felt terribly overwhelmed by the masses of people. My ears were ringing. In addition, I had worn my large winter coat expecting the weather to be much colder than it was. I wiped beads of sweat off my forehead as I could feel my skin burning under the hot sun. However, despite how uncomfortable I was, I felt a great sense of pride. I was proud of my generation, that we could take action and that we could be united. I was proud of the fact that we as teenagers had used our anger and disappointment to fuel a massive act of civil disobedience. In addition, I also felt lucky. I was a part of historic change. However, I also felt blessed that I had not been one of the many students killed by gun violence at school.

Such a ridiculous thing a child should hope, to not be murdered at school. But adults do not have to sit in a dark corner with 20 other students twice a semester for lockdown drills. Lastly, I felt hopeful. I hope that laws will protect us in our schools and politicians who do not choose our lives over business agreements or lobbyists will be voted out. And although many of us teenagers cannot vote yet, we will be able to in only a few short years.
—Cate Pesner, 14

Bobbie and Cate Pesner are seventh-graders who recently moved to Washington, D.C., when their father, Rabbi Jonah Pesner, became director of the Religious Action Center of Reform Judaism. Prior to that, they were students at The Rashi School, along with their two older sisters.