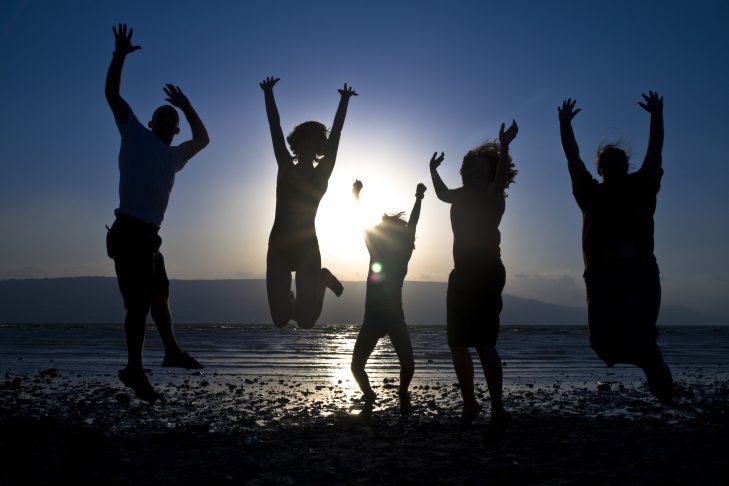 In learning together with our Haifa parent partners, it became clear that raising Jewish kids in Israel is very different than here. The fifth and final session of our joint Boston-Haifa Parenting Your ‘Tween Through a Jewish Lens course, a shared session courtesy of Skype, revolved around the topic of cultivating Jewish connection in our tweens.

One takeaway from the class was how much easier it is to stay connected to Judaism in Israel where one’s environment supports Jewish practices. In Israel, everyone marks Shabbat in some way, while in America, it takes more effort. The Israelis gained an appreciation for the dedication of American parents in working to raise children who feel connected to Judaism. They were surprised to learn that when Israelis move to America they often have a hard time knowing how to connect Jewishly, having taken their own Judaism for granted for so many years while living in Israel.

There was genuine curiosity among the Boston parents about their Israeli counterparts. Occasionally, some translating of what the Israelis said was needed, but the two groups communicated largely in English and had no difficulty understanding and following one another’s points of view.

And, as to be expected from a group of friendly Israelis, the Boston parents were invited to visit by the time the conversation was over!

Dena Glasgow is the former director of faculty and curriculum development for adult learning at Hebrew College. She and her Israeli counterpart, Iris Yaniv, created the joint curriculum for the M’Dor L’Dor class and served as facilitators for the Boston and Haifa cohorts.