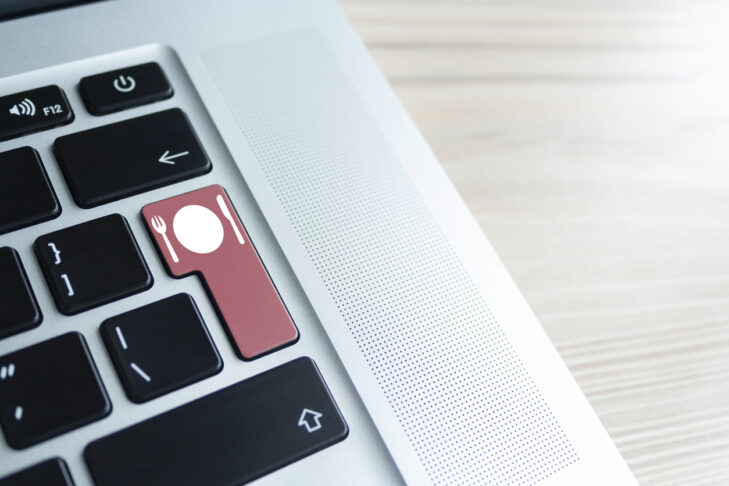 On a cloud surrounded by myriad prayers, I will attend yet another Zoom seder this week. The pandemic has cycled through the seasons and the holidays. Days, weeks and months have bunched up into time for which I cannot account. Time has not exactly been lost, but it is no longer recognizable either.

The pandemic year brought a new iteration of the verb “zoom” for me. I first heard the word used in an old Aretha Franklin song, “Who’s Zoomin’ Who?” In those lyrics, “zoom” connoted a stealth flirtation. But there was also malice in the word—as in “who’s fooling whom”? In this disorienting new world, Zoom the app presented the strange sensation of landing in someone’s home without leaving my own. It took me through time zones with ease but ultimately, I was disoriented. It was an ersatz trip dressed up in virtual pretense. All I know is that I miss everyone.

I tried to attend synagogue over Zoom. Thanks to my temple clergy for trying their best to integrate services and rituals in our lives in a spiritual continuum. This year, I commemorated the anniversaries of deaths, including my father and aunt, with a recitation of the Mourner’s Prayer at my dining room table. With my laptop streaming services, I stood when prompted and felt as if I were memorializing my loved ones in a vacuum. Who’s Zoomin’ who?

This year again, Zoom intends to take me to the edge of the Red Sea that God, through Moses, will part to deliver my people who were once slaves to chaotic freedom. We’ll wander the desert for 40 years. In the end, Moses will never see Israel; he’ll die just outside of the country’s boundaries. The ancients had no version of Zoom with which to transcend the present or alter reality.

But I have been lucky to worship over the computer screen with family and friends this past year. I’ve lit the Sabbath candles with my beloveds, and I’ve said blessings over the Hanukkah candles with a gallery of faces, all of us grateful to have a way to share time and space. It is a privileged loophole. I’ve also toasted people on makeshift happy hours that have become science fiction in my mind—my arm going through the computer to clink glasses, touch someone’s hand. My daydreaming is abruptly over when I realize that space and imagination are severely limited on my laptop.

Seder—the name of the Passover meal—means “order.” Things are done in a certain sequence in the retelling and dramatizing of the holiday’s story. The seder’s blueprint, the Haggadah, means “telling.” There is comfort in reading from the same text every year, giving us a multi-dimensional understanding of the familiar. My tribe relishes hearing its foundational story over and over. We focus on various details, whose meaning may have been lurking all along, like our bashful God.

Here is one of the things the Haggadah shares with the pandemic—its heroes are mostly unsung. Moses is curiously absent from the text, as is his sister, Miriam, who welcomed the Israelites to the other side of the Red Sea with song and dance. There is no word about the brave midwives, Shifra and Puah, who defied Pharaoh’s edict to murder all newborn Jewish males. By saving baby Moses’s life, they jumpstarted the Exodus. The Haggadah is silent about Pharaoh’s daughter, who plucked Moses out of a basket floating on the Nile.

We’ve lost more than half a million souls in our country to a virus we didn’t see until it was too late. Last year much was made of naming COVID-19 the 11th plague of our contemporary Passover observance. It was a visceral reality that made terrifying sense. An image came to my mind from the classic movie “The Ten Commandments.” In all of its kitschy glory, the film has an image that I repurpose for that 11th plague—the vapors taking over Egyptian homes, portending the slaying of their first-born males. An eye for an eye—the Torah’s troublesome description of revenge. In the end, there is no acceptable joy in anyone’s death.

People are infinitely imaginative in a crisis. They invent a new set of rituals and develop a related vocabulary. We have accepted contactless delivery of a holiday that normally draws its vitality from the blessings of community and love. Another example: Last year, people called the seders “zeders.” I wasn’t keen on the blending. Maybe it’s Zoom fatigue—another phenomenon of the times—but I’ve recently warmed up to “zeder.” It has a cozy, old-world Yiddish inflection. It’s an apt hybrid as I Zoom into Passover semi-vaccinated. As has been said since time immemorial at the end of every seder: “Next year in Jerusalem.” However, this year I will add the more attainable hope of sitting at my sister’s dining room table next Passover.