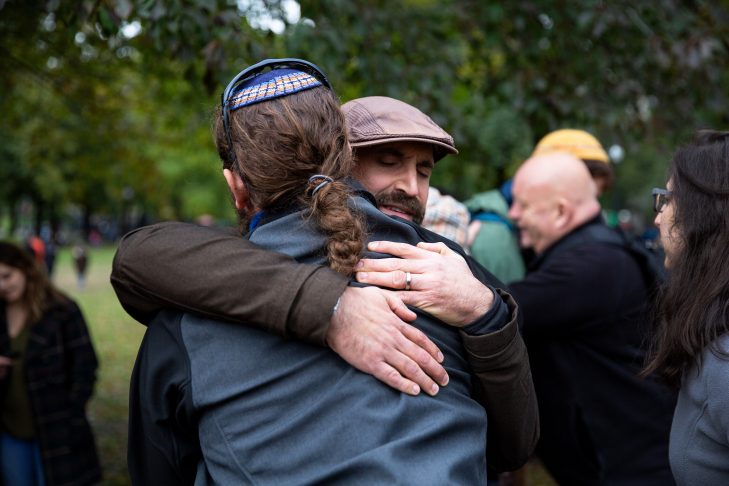 Almost one year ago, the Jewish community in Pittsburgh suffered the most brutal anti-Semitic attack in U.S. history when a gunman opened fire in the Tree of Life building, killing 11 people across three Pittsburgh congregations: Dor Hadash, New Light and Tree of Life – Or L’Simcha, which all were joined in prayer.

On the anniversary, take a virtual pause to honor the memory of those lost and other people who were affected. Join the Pittsburgh community here in Boston to Pause with Pittsburgh.

“Our hearts and prayers are with our brothers and sisters in Pittsburgh. We remember the 11 precious lives lost. We continue to mourn with their loved ones, and we stand strong with the Pittsburgh Jewish community and with Jewish communities around the world,” said Rabbi Marc Baker, CJP president and CEO.

The pause happens at 5 p.m. EST. In Pittsburgh, residents will gather in a public memorial service. Those elsewhere can stop, wherever they are, to reflect.

“The support from around the country and around the world helped the Pittsburgh Jewish community to heal immediately after the attack last year, and it is immensely gratifying to see that support continue a year later,” said Jeff Finkelstein, president and CEO of The Jewish Federation of Greater Pittsburgh. “This one-year commemoration of the lives we lost will be very hard on many people still hurting here, but we gain strength knowing that Jews all over the country, including in my own hometown of Boston, and all over the world will stand in solidarity with us.” 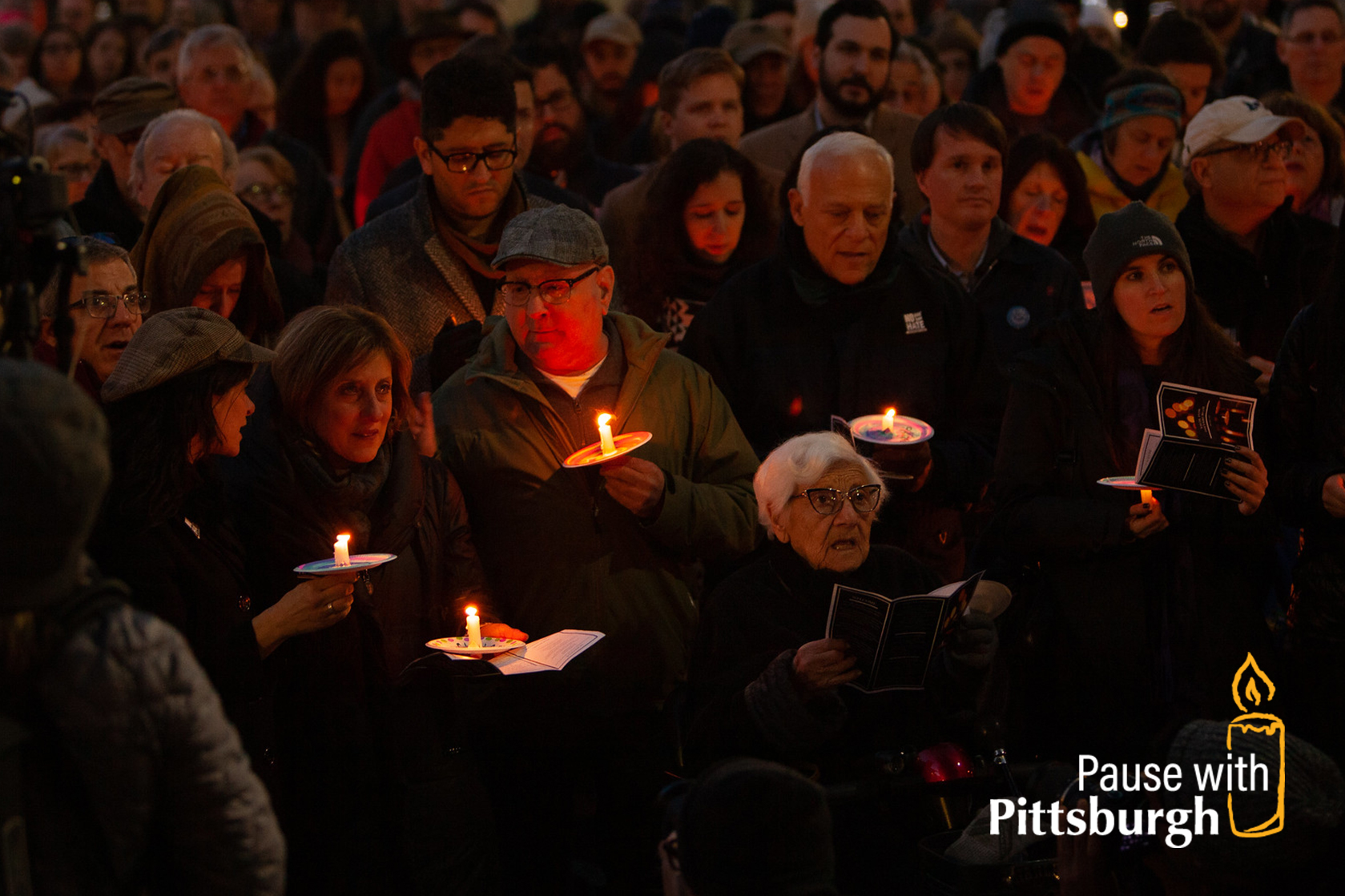 At the website, simply sign up to receive a text message at 5 p.m. that contains a video with a mourning prayer and the names of the 11 people who lost their lives. After sharing this collective moment, they will offer a link via text to virtually join Pittsburgh’s local service. Then, they’ll offer an opportunity to text a message of solidarity.

“Rather than become desensitized to the terror of a never-ending cycle of senseless deaths, we must focus on doing what we do best: building and sustaining community that brings people together,” said Mark Wilf, chair of the Board of Trustees of The Jewish Federations of North America.

“Nothing can erase what happened one year ago—but we can choose to stand even stronger and strive even further to demonstrate our resilience and strength as a people,” said Eric Fingerhut, president and CEO of The Jewish Federations of North America. “Through the darkness of this tragedy, we have seen a wave of solidarity, and we are gratified that it has sparked a movement of renewed unity.”