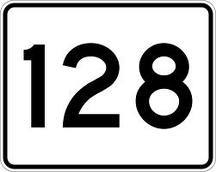 Is 16 years a generation? At what point does one become part of the “older” generation?  Twice this week I came face-to-face with these questions.

I consider myself fairly lucky- other than my year in Israel on Project Otzma, I have spent my entire life in Eastern Massachusetts.  From Belmont, to Brandeis, to Waltham, Framingham, Arlington, and eventually Bedford, I have been driving the same roads and eating at the same restaurants my whole life.  My children go the same pre-school and Hebrew school that I did… it’s nice.

Tuesday night after Prozdor I drove up a rainy Route 128 to make a shiva call at the house of some of my students in Lexington.  Shiva was from 6-9, but I arrived a few minutes before 9 and didn’t leave until just before 10.  Shiva calls are usually things that I struggle with, but in this case I felt compelled to stop by; the tragic loss of the kids’ uncle had shaken them all and I wanted to go.

By 9:15 the only people left were me and a few close friends of the family.  I was definitely stuck in between two generations: the kids and their friends, whom I knew from Temple Emunah and from Prozdor, and the parents and their friends, who are in their 40s and early 50s.  I spent most of the time snacking and watching the kids play Wii and be silly.  While part of me felt distinctly un-adult about hanging out with the teenagers and not the adults, it was where I needed to be.

At around 9:45 we were walking through the house looking at pictures when the 11th grade daughter said, more or less, oh my gosh, I’m 16, and you’re 32, and my mom is 16 years older than you are!  In her mind, three generations- mom, me, her.  She had put words on the exact feeling that I was having at the time.  There are days that I feel closer to 16 than to 48 (because I am generally lighthearted and silly) and there are others that I feel closer to 48 than to 16 (when I look at my three kids, two-plus jobs, and my monthly mortgage statement), but in reality I’m smack in the middle.

Last night was another rainy night on 128 as I made my way from Newton to Lexington to teach again for Prozdor.  It was a déjà vu moment if I’ve ever had one.  I vividly recall in the fall of 1994, when I got my license, driving on the highway in my original 1989 red Toyota Camry wagon, going to the temple for either work or a USY event, listening to a tape of Green Day’s album, Dookie, which I had dubbed from a CD (remember dubbing?).

Yesterday evening, I was in my 2003 red Camry sedan, listening to the same Green Day album on my iPod, heading to  the same temple on the same highway, getting ready to teach kids who were born the year I started driving.  I was in such an interesting place last night as I was teaching, reflecting on the more than three decades that I have been walking in and out of the synagogue.  The names of the people who I learned from or worked for or worked with there is a pretty impressive list- Carolyn Keller, Serene Victor, Billy Mencow, Joan Leegant, Marilyn Goldman, Stephanie Bernstein,Bernard Eisenman, Mike Rosenberg, Bil Zarch, David Lerner, and many more.  Most of those folks have moved on to bigger and better things, but still I am still there, dropping off my kids for pre-school and religious school, going to services, teaching classes, and reading Torah.  In many ways nothing has changed.  But in other ways, everything has.  I can’t even begin to picture my life in another 16 years.

In 16 years my oldest son will be out of college, my younger son will be turning 21, and my daughter will be a senior in high school.  At this point, I’ll put pretty good odds on me still listening to 90s music, still driving a Camry (I’ve had three now), and probably still being at Emunah.   The kids I teach will be having their own children, the people I learned from will probably all be retired, and the babies born this year will be waiting in line at the RMV for their licenses.  I’ll be fighting a losing battle to feel and act like a younger person, but hopefully embracing the new responsibilities I will undoubtedly have, and still waiting patiently every day for the traffic to move as I head north on 128 past the Cambridge Reservoir.