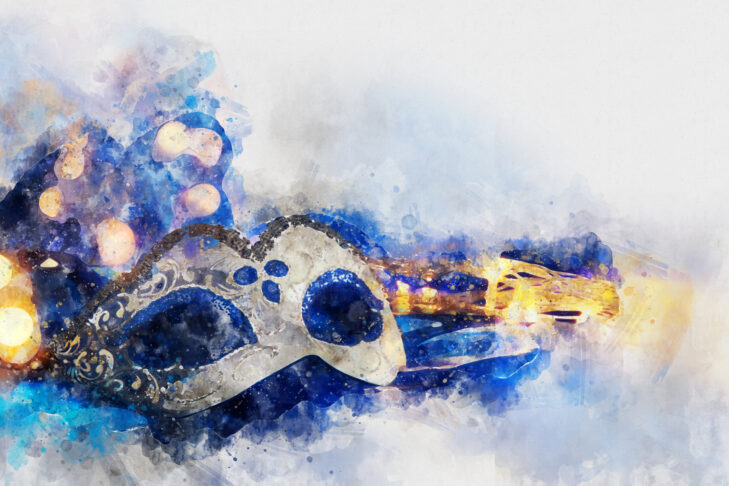 (Photo: tomertu/iStock)
Purim has come and gone, and I seem to have mostly missed it. And it’s not the first time.
I’m a bit sad about this as I truly value the significance of Purim. When I studied at Hebrew University during my junior year abroad in Israel, I took a class in the five Megillot, in which we carefully read and analyzed the text of Megillat Esther. It’s a very involved plot marked by countless twists and turns, with many themes of relevance today.
And did you know there is no explicit mention of God? Just a mysterious reference to the fact that help for the Jews in the face of their possible annihilation may come from “another place,” which some interpret to mean divine intervention.
That being said, Purim is essentially the story of our people taking matters into their own hands to save themselves. It’s a tale of Jewish heroism and survival.
Let’s start with the role of women. Queen Esther is the main heroine of the story. With the prodding of her cousin Mordecai, she risks her life to save the Jewish people of Shushan Persia from genocide. But she’s not the only strong woman in the story. How about Vashti, the obstinate former queen to King Ahasuerus, who refused to dance naked at a royal party in response to the king’s command? In recent times, Vashti has been regarded as a role model in her own right.
Of course, the subject of Jew hatred that plays a central role in the Megillah could not be more relevant in today’s world. The Purim tale is the quintessential story of antisemitism. The Jew-hating villain Haman—a descendant of the nation of Amalek, which also sought to destroy the Jewish people—devised a scheme to wipe out the Jews of Shushan. Once again, as we have seen throughout history as far back as ancient times, the Jews were a vulnerable minority, maintaining their own distinctive customs and refusing to bow down and ingratiate themselves to earthly rulers, in this case Haman.
But the story is even more complex: It is indeed the Jew Mordecai, who, having saved the life of the king on a prior occasion, gets credit for so doing in the official royal records and is honored by King Ahasuerus, much to the chagrin of Haman. In other words, as was the case prior to the creation of the state of Israel, the Jews employed survival methods to stay in the good stead of the authorities. Without a sovereign state of their own, Jews historically were at the mercy of other regimes that could either protect them or do them great harm.
So, there’s a lot to digest in this tale, which is celebrated in such a festive and happy way, with the donning of costumes, the use of noise-makers to drown out the name of evil Haman, the custom of sending mishloach manot to friends and neighbors, providing charity to the poor and, of course, eating hamantashen, the tasty triangular pastry traditional to Purim.
But here’s the rub: In the Diaspora, you really need to pay close attention or Purim will elude you completely. I, for one, live by the Jewish calendar, so I know when Purim happens. However, in America, Purim is essentially invisible. It’s certainly not like Passover when everyone in certain parts of our country knows that the Passover season is upon us due to the omnipresence of matzah, horseradish and other Passover food items in major supermarkets. In the Boston area, however, you will struggle to find hamantashen sold in supermarkets. Generally, you must shop in a kosher or ethnic bakery to do so.
In part due to my ongoing fear of COVID-19, I was not eager to attend the Megillah reading in my synagogue this year, not to mention the last two years. And, honestly, Purim has usually been a child-centered holiday replete with carnivals and costumes. Of course there are Purim spiels (humorous plays) put on by some adults, so Purim is not at all just for children!
The Purim experience in the Diaspora is sharply contrasted with its celebration in Israel, where it is indeed pervasive. If you have the good fortune of being in Tel Aviv or Haifa on Purim (which I have), there are street parties everywhere. You might well see children and adults parading in costumes for a week! The actual religious mitzvah or obligation to hear the reading of the Megillah is generally only of interest to observant Jews, and not to the vast majority. Purim is omnipresent because that’s what happens in the Jewish state. It’s primarily a national holiday, rather than a religious observance. Your average Israeli probably gives little thought to the deeper meaning of the holiday, but they certainly can’t miss it!
So, there you have it: Once again I am reminded of the effort that goes into maintaining Jewish identity outside of Israel, where Judaism is defined primarily as a religion. Purim can come and go here and no one needs to know.
Now that I have just become a Jewish grandmother, I will make it my business to have a better plan for Purim next year when I hope to find a fun costume for my new grandson and take him to a Purim carnival either at the synagogue or elsewhere. It’s a rich holiday that is both fun to celebrate and imbued with meaning. As Jews, our children and grandchildren often provide the catalyst for our observances.
Next year on the 14th of Adar, I won’t let Purim slip through my fingers again. When all is said and done, Purim in the Diaspora won’t find you unless you look for it.