Close
Never miss a great event again!
Get the best Jewish events delivered to your inbox every Thursday with JewishBoston This Week.
By signing up, you agree to our Terms of Use and Privacy Policy.
2018 Winter Olympics
View all 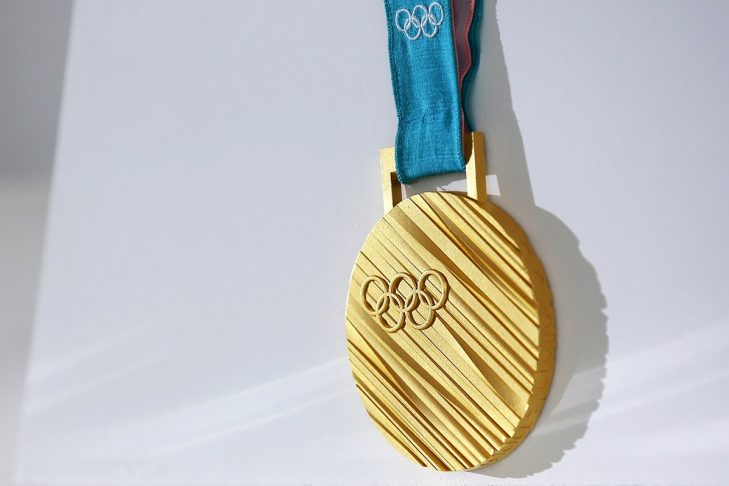 Since our original post was published, we had some big news out of Brookline and found out about a few more Jewish athletes making their way to Pyeongchang. Read on, and cheer loudly! 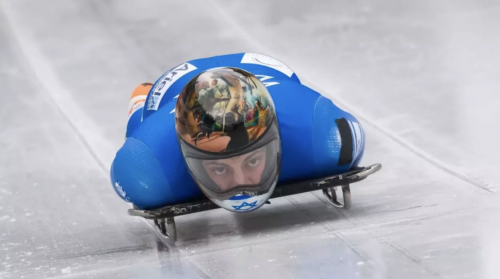 AJ Edelman (Courtesy photo)
It might sound a little crazy, but it’s 100 percent true: Israel’s first-ever skeleton athlete is a Shabbat-observant, Boston-bred, aliyah-making, erstwhile hockey player whose Olympic journey began in Brookline, continued in Calgary and eventually ended up in Israel following his move there in 2010. While AJ Edelman grew up as a hockey player and played all the way through his college years at MIT, in 2013 he changed course and decided to chase down his Olympic dreams in Israel in either bobsled or speed skating. After poking around and realizing that the cost of participating in bobsled was steep, and required a partner, Edelman shifted to skeleton, and in just five years turned himself into a world-class skeleton athlete, quitting his job at Oracle, training full-time and recently winning two medals in international competition.

Needless to say, for Edelman, who is currently ranked 61st in the world, the journey to Pyeongchang to represent Israel is the realization of a dream a long time in the making. While a medal might seem beyond his reach, the words of Theodor Herzl seem fairly appropriate—im tirtzu, ein zo aggadah (if you will it, it is no dream). Look for him on the skeleton track; he won’t be hard to miss with his blue-and-white suit and an image of Samson emblazoned on his helmet. 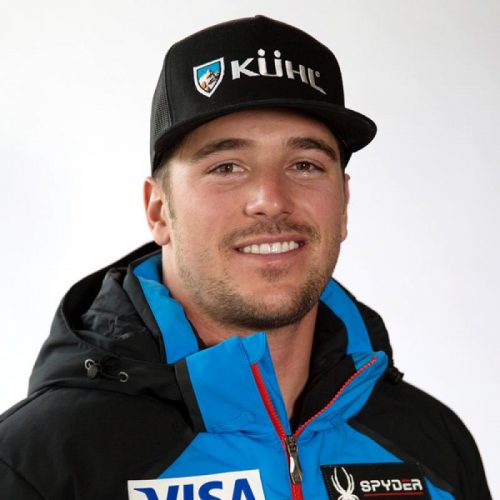 Jared Goldberg will be competing for Team USA for his second straight Winter Olympics in alpine skiing. While Jared grew up in Utah, his father grew up in Sharon and has strong Boston roots. At the 2014 Sochi Olympics, Goldberg finished 11th in alpine combined and 19th in giant slalom, coming on the heels of his 2013 first-place finish in downhill at the U.S. Championships and second-place finish in super giant slalom. Goldberg suffered a rupture of his Achilles tendon in 2016, but came back for the 2017 season and had four top-20 finishes already in 2018. Plus, he plays the ukulele and harmonica, and is an aspiring sitar player. 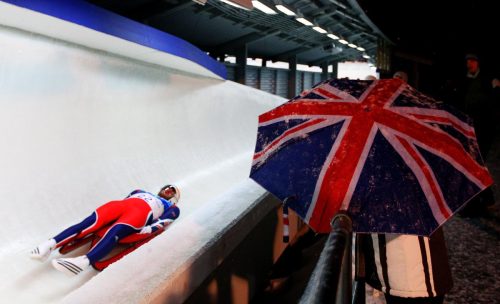 Our second Jewish “AJ” of the Pyeongchang Olympics, Adam Joseph Rosen was born in New Rochelle, N.Y., and still lives in Westchester but competes for Great Britain as he maintains dual citizenship. This will be Rosen’s third Winter Games, having competed in both Vancouver (2010) and Torino (2006) and finishing 16th in both. Rosen has been competing on the world stage since 2003; his highest finish came in 2009, when he finished in sixth place at the World Cup in Calgary. Rosen’s need for speed seems to be an existential necessity, as he is an aspiring commercial pilot and also sometimes referred to as “the fastest Jew on ice”—a claim that AJ Edelman might take issue with. 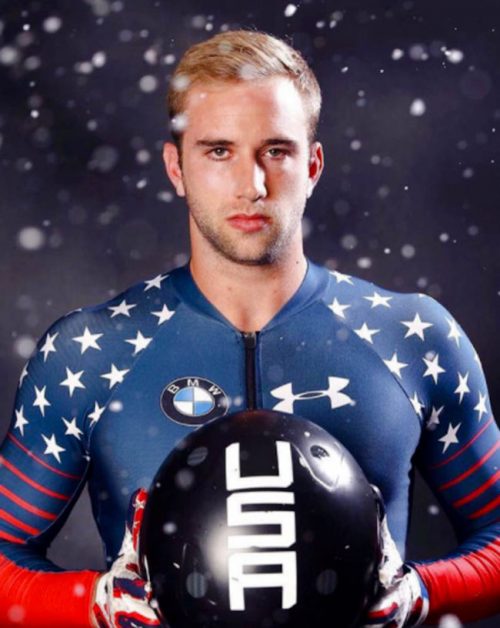 At 6’4” and 215 pounds, it’s hard to miss Evan Weinstock. As a teenager he was a top football prospect, being named the Nevada 4A player of the year, but after an injury ended his football career he went to Brown University and promptly took up decathlon. His prodigious career in Providence features him winning the Ivy League title four times and setting the school record in the event, while also earning an NCAA All-American honorable mention as a senior. He attempted to qualify for the 2016 Rio Olympics in decathlon, but when that didn’t pan out, he set his sights on bobsled, quickly moving up the ranks and making one of three four-man bobsled teams that Team USA will be putting on the track at Pyeongchang.