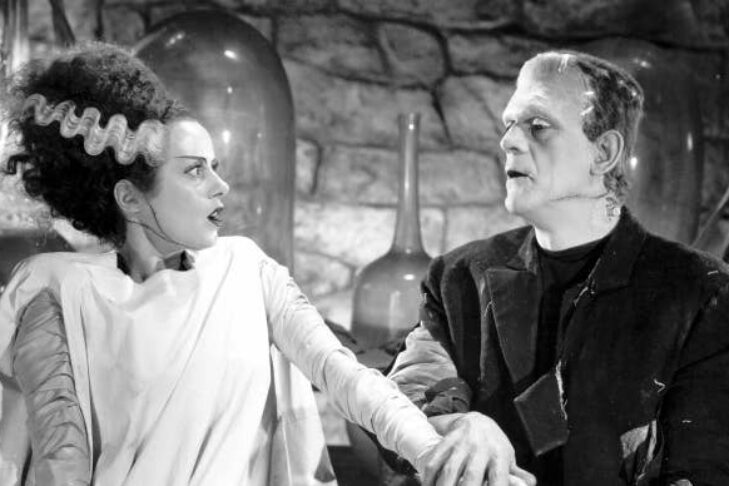 Valerie Hobson and Boris Karloff in “The Bride of Frankenstein” (1935)

Classic movie monsters are a staple for the Halloween season, and I’ve found myself drawn more to those horror classics as the month progresses. And, because I’m Jewish and I love debate, the inevitable hypothetical question emerges: If I could have any of these creatures of the night over for challah and conversation, who would be the best guest and who would I prefer to ghost? 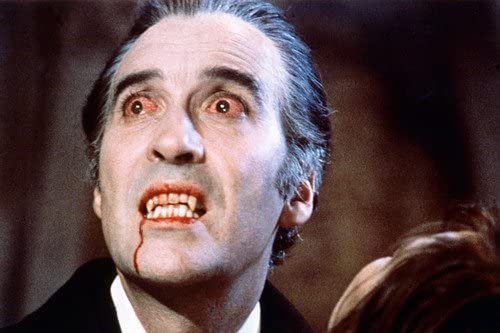 Not Nosferatu of the 1922 film, who I’ve recently learned is a pretty awful antisemitic stereotype. I’m talking about Bela Lugosi’s Dracula, the Dracula. Now, vampires are a sticky wicket already because of the whole blood-drinking thing. (Does it fall under pikuach nefesh? A question for your rabbi, surely.) Plus, every good Shabbat meal has at least a little garlic, so having Dracula at the table would be awkward at the very best. However, I can’t deny that the conversation would be good. Maybe just talk to him through the door. 3/10. 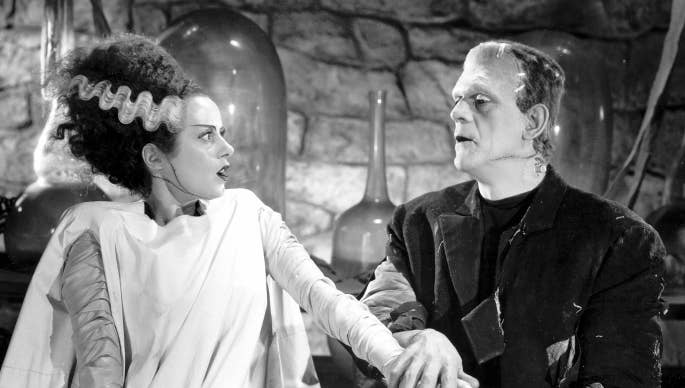 Valerie Hobson and Boris Karloff in “The Bride of Frankenstein” (1935)
Now, I’m sure we’re all sick and tired of the “who’s the real monster” debate (spoilers: it’s not the jigsaw puzzle of cadaver parts), and it’s much more fun to imagine Frankenstein’s Monster offering to help with the dishes. In Mary Shelley’s book, he’s a decent guy! He’s friendly, he’s well-read, he’s misunderstood. I’ve had worse dates. Boris Karloff’s Frankenstein’s Monster is more unpredictable, but in the fiction of my mind, his wife evens him out. They bring homemade bagels, which are very good. 8/10. 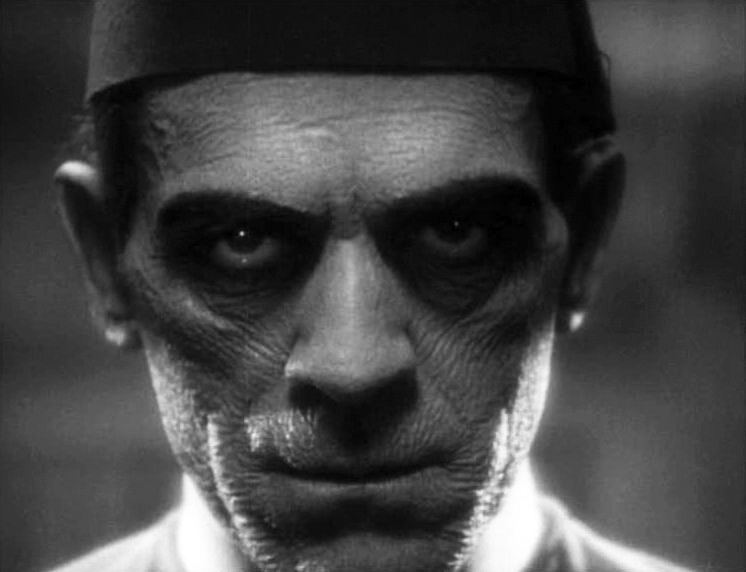 Another Karloff classic, the Mummy presents the character of high priest Imhotep, who was buried alive after trying to resurrect his lost love. His motivations are wonky, he’s got weird expectations of women and the fact that he’s from ancient Egypt is bound to be super uncomfortable. In a modern Shabbat setting, I’d be wary. 1/10. Nearly all of these monsters meet tragic ends at the hands of the heroes, but the Wolfman’s demise seems especially grim. He’s not evil, per se, but overcome with a condition outside his control. And I’m sure he could slake his bloodlust with some brisket. At this hypothetical monster Shabbat, I imagine his table manners leave something to be desired, but you could also toss the frisbee around with him afterward. It would be better to have him over for Rosh Chodesh, though. 7/10.

The Creature from the Black Lagoon 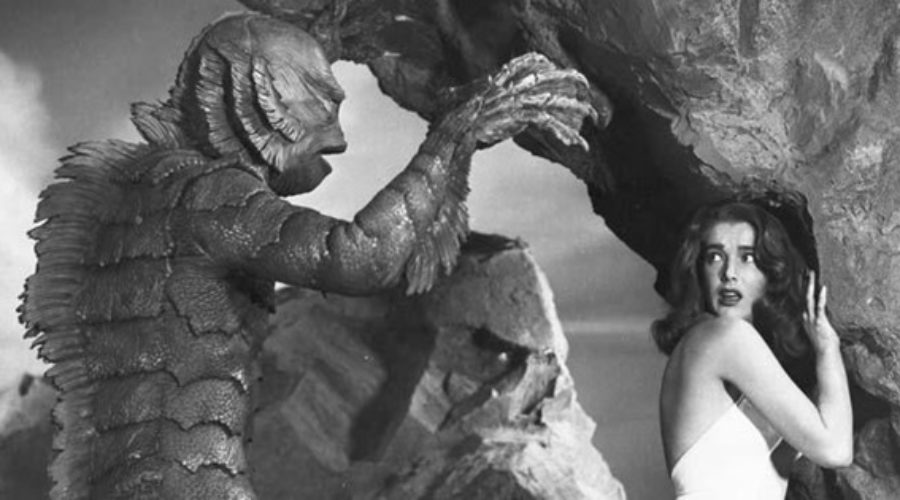 I cannot think about the Creature from the Black Lagoon without also picturing Guillermo Del Toro’s reading in which he and Kay fall in love, which shines through in the Academy Award-winning film “The Shape of Water.” For that, I am biased, but also, the Creature was just hanging out in his lagoon! He didn’t ask for any shenanigans. I think, under the right circumstances, he might ruin your carpet but he also might be very lovely. Plus, I’m sure he’d be very into gefilte fish. 6/10.

The Phantom of the Opera 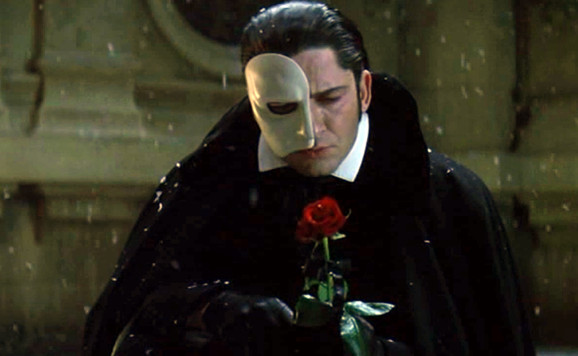 The Phantom is technically just a guy, not a monster, but he’s also a really weird guy. Not because of his face, which isn’t an issue, but because of his behavior. The Phantom strikes me as one of those people who loves to make problems on purpose, refuses to clean up after himself and spends the entire Shabbat dinner hitting on a woman who really isn’t feeling it. And when you don’t have him over again, he’s all “it’s the face, isn’t it?” No, Phantom. The face is not the issue here. 0/10.