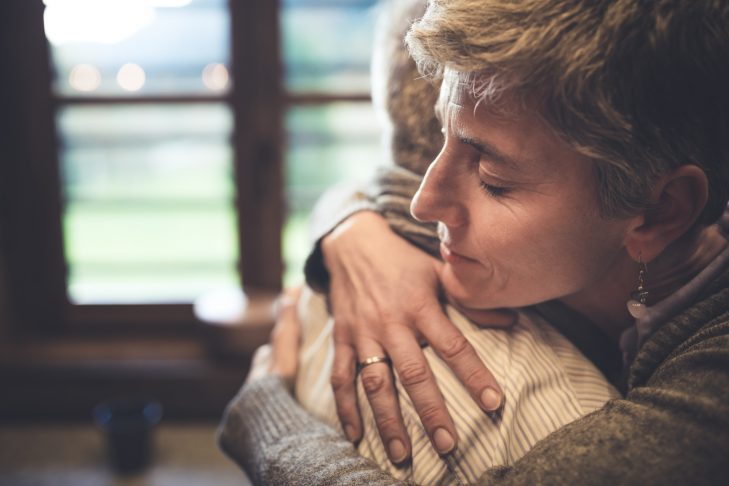 My Moroccan Israeli obstetrician here in Jerusalem was somewhat taken aback by my sudden and adamant refusal to schedule my Cesarean birth for the day that looked best to her: Dec. 25. I realized that she didn’t have the time and I didn’t have the energy to explain my Jewish American objection to the date as my baby’s birthday. So I simply asked if we could push it off one more day. Thankfully, she must be used to dealing with all kinds of odd requests from her pregnant patients and she agreed to schedule the birth for Dec. 26. I thought to myself, “Good thing Boxing Day has no cultural resonance for me one way or another!”

And so my son was born on Dec. 26, which that year aligned in the Jewish calendar with the fourth day of Chanukah. I am not always as good as I would like to be at remembering Hebrew birthdays, so I was glad that this would be an easy one to keep in my head. As Chanukah approached this year, I was curious to know how my son’s Hebrew birthday would fall in the secular calendar. And when I figured it out, my breath caught for a moment in my chest. This year, the fourth day of Chanukah is Dec. 14, a date that causes this breath-catching sensation in me every single year. And it’s not just the date—I even have that feeling when I notice that the time on a clock reads 12:14.

Dec. 14 is the day, now 28 years ago, when a young man who I was in school with at Simon’s Rock College legally purchased an SKS rifle and used it to kill a professor and a fellow student, to physically wound four others and to leave hundreds more of us with invisible scars. The impact of these scars is different in each of our lives. And, of course, it is not only the date itself that can bring up the memories and the wounds. It took me a while to figure out what was happening when, for example, I had a bit of a PTSD flare-up in the immediate aftermath of the Virginia Tech shootings in 2007—sudden crying that wouldn’t stop and extreme unease whenever I was alone outdoors at night. And there is no doubt that the shootings at my school have shaped my theology as well as my politics.

For many years, this yahrzeit (memorial anniversary) was a day that I marked by being on campus and observing the anniversary in community. And, for some years, after I moved too far away to make these yearly visits possible, I still made sure to have some kind of more private memorial ritual.

On the 20th anniversary of the shootings, Dec. 14, 2012, I had decided to try some escapist self-care instead and had taken some time to go see a long movie early in the day. I emerged from the movie theater to the news of the shootings at Sandy Hook Elementary School.

This world presents no shortage of sparks to rekindle the flame of grief.

And so I find something rather prescient in a brief phrase in this week’s Torah portion. After leaving their brother Joseph to die in a pit and then deciding to sell him into servitude instead, Jacob’s sons rip Joseph’s tunic and dip it in animal blood before presenting it to their father. There is no body, so he is asked to identify the tunic instead. Jacob’s grief is immediate and impenetrable. As we read in Genesis 37:35, “All his sons and daughters sought to comfort him; but he refused to be comforted….”

When writing a piece like this one, I usually start by seeing what strikes me in the Torah text itself and then looking to see what the classical commentators have had to say. On this particular verse, they seem much more interested in the fact that Jacob’s daughters are mentioned—“Who are these daughters we’ve never heard of?” seems to be their main concern—rather than the fact that Jacob is inconsolable. The best they seem to be able to come up with (e.g. Rashi, quoting an earlier midrashic source) is that Jacob somehow knew that Joseph was actually still alive and we don’t accept condolences for people who are still living.

I find their silence unsatisfying. To me, Jacob’s refusal to be comforted speaks volumes about the nature of traumatic loss. No matter how many years go by, no matter the healing or “closure” we think we have “achieved,” there is always some part of us that refuses to be comforted. And why should we be? Agreeing to be comforted completely, if it were even possible, somehow feels like we are giving up on our soul-deep, cell-deep knowing that what has happened to us is wrong. Too often we see post-trauma reactions as only pathological, to be counseled or medicated away. I hope for the healing of all who have suffered traumas of all sorts, but I also honor our Jacob-like refusal to be comforted, our insistence on keeping alive even the tiniest ember of inconsolability.

For the grief that lies dormant, for the too many children lost to gun violence, for all the wrongs we endure at the hands of our human siblings and all those we perpetrate—this year, this terrible year, as I light the fourth candle of Chanukah and celebrate the miracle of my son’s birth, I will light a yahrzeit (memorial) candle too.

Rabbi Minna Bromberg is a singer, songwriter, rabbi and voice teacher who lives in Israel. She was ordained at the Rabbinical School of Hebrew College and received her Ph.D. in sociology from Northwestern University. She is the president and founder of Fat Torah, an organization dedicated to smashing the idolatry of weight stigma and fostering belonging for every body.