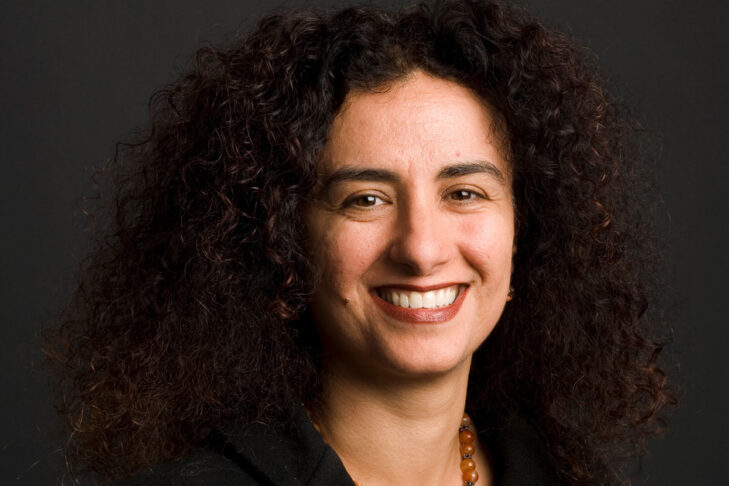 Shoshana Madmoni-Gerber knows what it’s like to journey across long distances. An associate professor of communication, journalism and media at Suffolk University, she came to Massachusetts from Israel, where she had previously worked as a journalist. Her family originally has roots in Yemen and immigrated to Israel as part of the Operation Magic Carpet airlift of 50,000 people in 1949.

Throughout Madmoni-Gerber’s travels, a painful moment from her family’s past remains ever-present. During the early years of Israeli independence, her family and other recent immigrants from the Middle East and North Africa were housed in transit camps, or ma’abarot. Later, Madmoni-Gerber would hear relatives speak about how her aunt’s baby mysteriously disappeared at the Rosh HaAyin transit camp near Petah Tikva.

“I do remember very much, over and over again, hearing at all kinds of family gatherings—if it was a wedding or funeral or shiva, whatever it was—different family members repeating it,” Madmoni-Gerber recalled.

Over 1,000 children, primarily Yemenite Jews, disappeared in such a way from 1948 to 1954, in what has come to be known as the “Yemenite Children Affair” or “Yemenite Babies Affair.” Madmoni-Gerber cited testimonies from Israeli government commissions in which people accused medical personnel in the camps of kidnapping the children, in some cases offering them to English-speaking foster families.

In Israel, the Yemenite Children Affair has been the subject of multiple government commissions and a lawsuit that reached the country’s Supreme Court. Most recently, last Monday, the Israeli government expressed regret for the affair and promised compensation for families affected.

“This is among the most painful affairs in the history of the State of Israel,” Prime Minister Benjamin Netanyahu said in a statement. “The time has come for the families whose infants were taken from them to receive recognition by the state and government of Israel, and financial compensation as well.”

For Madmoni-Gerber, the government measures do not go far enough. She noted that the announcement came shortly before the upcoming Israeli elections.

“It’s a one-sided offer,” she said. “It’s not how it’s done. You want to engage in a dialogue with families and activists. Every decision should be done according to what the families want, not five minutes before an election. It’s not lost on anybody. It was not even signed into law. It’s a government decision. We don’t know exactly what that means…A new government could come in in March, right after [the election], and say there’s no money in the budget, it’s not a law, it’s just a decision.”

Madmoni-Gerber has been calling for justice on the issue for decades.

When she was a journalist in Israel, a fellow staff member at the newspaper she worked for once asked if anybody knew about the Shalgi Commission, established in 1988 to examine the disappearance of Yemenite Jewish children.

“I had not heard of [the commission],” Madmoni-Gerber said. “It kind of jolted my memory into the stories from childhood. I looked into it [and] started to research as a journalist.”

There would ultimately be three government commissions in all, collectively documenting 1,053 cases of disappeared children.

“Two-thirds of the cases were Yemenite,” Madmoni-Gerber said. “It is mostly a Yemenite story. They were definitely targeted.”

Yet, she said, there were also cases “from other Mizrahi ethnic groups—Iraqi, Persian, Moroccan, Tunisian.” She said there were “even a few Ashkenazi cases documented.”

She said that of the number of disappeared children reported by the commissions, “most of them died. We don’t know exactly where the vast majority are buried. They don’t want to open any graves.”

By the time the third commission released its findings in 2001, Madmoni-Gerber had left Israel for a Ph.D. program in communication at UMass Amherst.

She said she had become “disappointed and frustrated” with the way the Yemenite Children Affair was treated by the media and decided to go into academia.

As Madmoni-Gerber noted, she had some connections in the Boston area. The Jewish Agency sent Israelis overseas to do cultural programs as shluchim. She participated in the program in the late 1980s.

“It just so happened that I was sent to Boston,” she said. “The host family was here on the North Shore of Boston.”

She reflected, “I did not quite realize that Amherst is almost two hours away [from Boston].” Yet she called UMass Amherst “a really good environment” where she was able to write about the Yemenite Children Affair in her dissertation. She received her doctorate in 2003, and six years later, in 2009, her dissertation was published as a book: “Israeli Media and the Framing of Internal Conflict: The Yemenite Babies Affair.”

Now at Suffolk, she describes the university as “very helpful, very supportive” of her research into the Yemenite Children Affair.

“I feel like I have great academic freedom,” she said. “The students are always very interested in listening. I always have a great group of Muslim students in my classes…They’re always just very receptive to hear about the Jewish communities that were thriving in the Arab [world] prior to 1948…They’re surprised when I say a few words in Arabic. My mother tongue is actually Arabic. I talk about my connections, my friends I have in the Arab world.”

She hopes to raise similar awareness by continuing to speak out about the Yemenite Children Affair, including to Jewish audiences.

“It’s part of Israel’s history that is not very well-known, definitely not here in America,” Madmoni-Gerber said. “There’s always some resistance…always kind of a balancing act. I try to talk to people, tell them the history.”