Close
Never miss a great event again!
Get the best Jewish events delivered to your inbox every Thursday with JewishBoston This Week.
By signing up, you agree to our Terms of Use and Privacy Policy.
Shemini Atzeret & Simchat Torah
View all 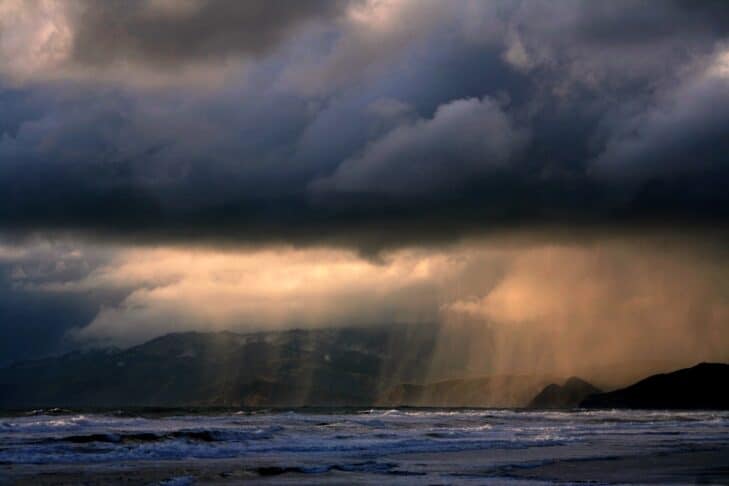 An article in the New York Times recently asked a very important question: “Does anyone drink hot coffee anymore?”

For me, it’s more like do I ever buy hot coffee anymore? I make it at home, yes, but the last time I grabbed a hot one at Dunks or Starbucks for myself? Years? A decade? More? Probably. But then again I’m the guy who drinks iced coffee just about every day of the year.

With that being said, some people also wear shorts year-round, pumpkin beers start popping up in the heat of early August, and you can still buy watermelons at Market Basket in the middle of winter.

We all have opinions about that, but in general, don’t things do belong in their seasons (except for iced coffee year-round)? I think yes, especially in Judaism.

On that note, we are about to flick the switch in the Amidah prayer when we stop praying for morning dew and begin praying for rain. This happens when we insert the mashiv haruach line in which we pray for the return of wind and rain for the crops in Israel beginning on Shmini Atzeret, the last day of Sukkot.

The rabbis, of course, had a field day with this. Mishna Ta’anit, right at the beginning, recounts the discussion:

I like where Yehoshua’s head is at. He wants it to rain but only after he has stopped dwelling in his sukkah because sleeping and eating outside in the rain is not the best. Many of us have been there when a good, soaking rain ruined an otherwise lovely night outside in a booth.

Responding, Rabbi Eliezer said to him: “I too did not say that it is proper to request rain at this time, but it is proper only to mention the phrase: He makes the wind blow and rain fall, in its due time.”

Rabbi Yehoshua said to him: “If reciting the phrase does not constitute a request for rain, one should always mention rain, even in the summer.”

I’m not sure how I should feel about this. Should we mention important things year-round, or only at their appointed season? I think we need some more evidence.

Luckily, the Talmud has more to say in Taanit 2b:

Rabbi Eliezer: “Just as with regard to the resurrection of the dead, one mentions it the entire year and yet it will come only at its proper time, when God wills the resurrection, so too, one mentions the might of the rains all the year, and they fall only in their season. Therefore, if one seeks to mention rain throughout the year, he may mention it.”

This seems to make excellent sense to me.

Rabbi Yehuda HaNasi says: “I say that when one ceases to request rain, one also ceases to mention it.”

Later on, after literally pages of debate which is allowed to go on more or less unchecked, we read some more.

How does Rabbi Yehoshua respond to Rabbi Eliezer’s powerful argument that one can mention God’s praises at any time of the year? The Gemara answers: “Rabbi Yehoshua could have said to you: Granted, with regard to the resurrection of the dead, one mentions this daily, as although it is not fulfilled every day, any day is fit to be its proper time.”

However, in the case of rain, are all times when it falls its proper time? But didn’t we learn in a mishna: If the month of Nisan has ended and rains subsequently fall, they are a sign of a curse?

Apparently we did, and the Talmud uses as proof text to the story when Samuel summons rain in the dry season to prove that God is not pleased that the Israelites asked for a King (I Samuel 12:17). The matter is then closed and we add the line as the clock runs out on Sukkot, not at the beginning.

There’s a few thousand other words you can read about the rabbinic back-and-forth but TL;DR? Don’t pray for rain out of season. In fact, don’t even mention it.

All Mishna and Talmud excerpts are based on the free Sefaria Virtual Library text with some gentle edits.