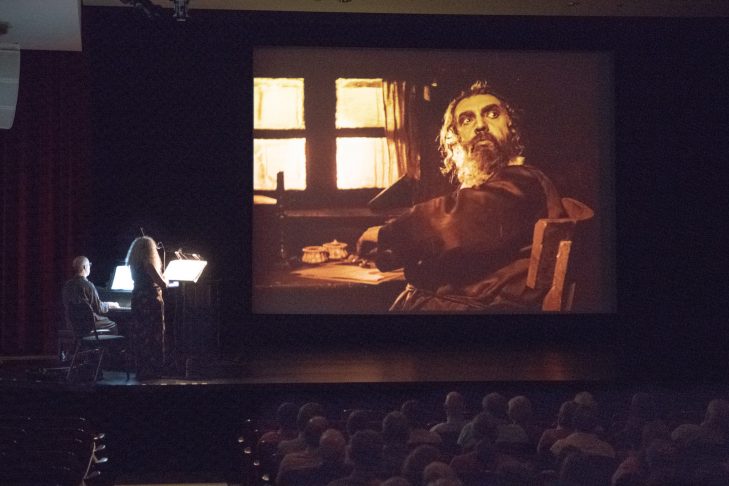 We spoke with Svigals about how she began the work of playing live to silent film, and the process and challenges presented by performing.

How did you get into this format of playing live music to silent films?

A few years back, the Washington, D.C., JCC film and music festival commissioned me to write music for another silent film, “The Yellow Ticket,” a 1918 movie starring Pola Negri about a young Jewish woman from a Polish shtetl who enrolls in medical school in St. Petersburg but leads a double life in a brothel. I had never written for silent film before and the task completely absorbed and fascinated me. I have been touring the project live since 2013 along with pianist Marilyn Lerner, and we were eventually invited to an international silent film festival in Pordenone, Italy, where veteran silent film pianist/composer Donald Sosin saw our show. He then approached me about collaborating on a new project of his, “The Ancient Law.” It’s a much longer film than “The Yellow Ticket,” and we constructed a score together by composing melodies separately and then hunkering down in a recording studio for several days, working and reworking the material, improvising together and finding ways to bring the film to life through the music.

What are the challenges in composing/putting together the music for a silent film?

The challenge as I see it is to use the music to enhance the audience’s experience of the film, particularly to make the film as present and immersive as it was to its original audience. Music can help bridge the gap between contemporary audiences and the unfamiliar medium of the silent film era by bringing out the emotions of the narrative. With the right music, audiences feel transported to another world.

What are the challenges to actually performing it live?

We watch the movie a gazillion times and time things out. My method is to write a score that leaves room for variation and improvisation, so we can play it a little differently each time as we notice visual details we hadn’t seen before or have new ideas about the rich and layered story of the film. Over time, the score gets mostly memorized, but I had special glasses made so I can see the film and score well at the same time.

Since we don’t have the kind of fully-planned performance you would need for, say, an orchestra, our challenge is to follow the action onscreen musically, predict landing spots and achieve artistic objectives in the moment. It is so much more interesting for us that way, and I believe the audience can feel that as well. 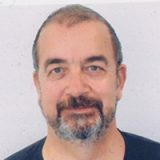 Jim Ball
Jim Ball is the Manager of Public Relations at the Jewish Arts Collaborative. He grew up in New York and New Jersey (exit 13), majored in music education in college, moved to Boston in 1971, worked odd jobs and did journalism, landed a job at the Harvard News Office, moved into PR work in state government for Boston City Council, did a stint as press secretary for the MBTA and then the dreaded private sector. All along, he kept up his love and involvement with music. He had an idea for a Jewish music festival, met Joey Baron and the rest, as they say….