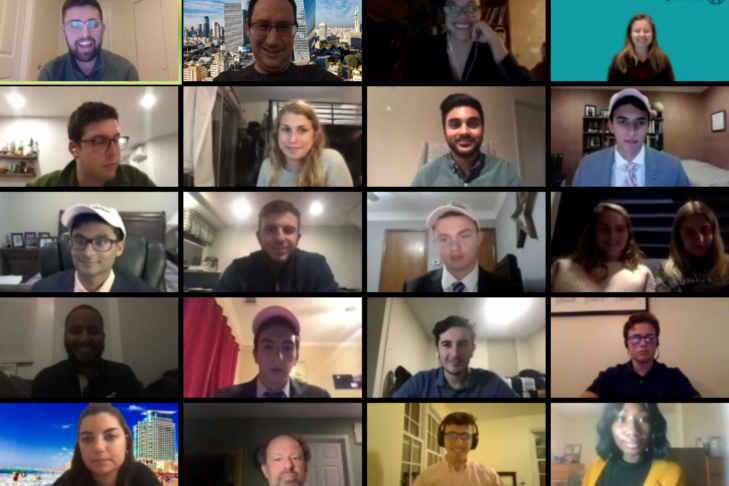 Northeastern University junior Jacob Rubin worked as a bicycle mechanic in New York. The business always had a line outside, even at the height of the COVID-19 pandemic.

“The problem is people didn’t know the current occupancy of the space before they came,” Rubin said.

And so he teamed up with his Alpha Epsilon Phi brother and Northeastern sophomore Max Zang to create an app to fix it.

Rubin and Zang won the “Shark Tank: Saving Lives Edition” on Oct. 12, sponsored by CJP on Campus and the Israel Campus Roundtable, for their idea to create a platform for the public to check the current occupancy of a business at any time.

“It really shows what hard work can do,” Rubin said. “It’s validation to us that people believe in our idea.”

The judges included Max Feber, who successfully pitched BRUW, a cold brew coffee company to the “Shark Tank” TV show with Mark Cuban and is currently a merch manager for TikTok; Ana Sazonov, founder of JewBer; and Cheyenne Paris, who leads CJP’s “Break the Hate” efforts on campus. All of the judges praised Rubin and Zang’s idea during their pitch.

“I do think the idea has legs,” Feber said. “It’s a really strong idea.”

Rubin and Zang’s platform would use an API, which connects the app to a database of information and allows people to see in real time the amount of people in a store. The pair hopes for their beta version of the app to come out for the Northeastern community by the end of the month.

“This could benefit literally any business that works in person,” Zang said, “any place that it’s more convenient for you to go when it’s less crowded.” 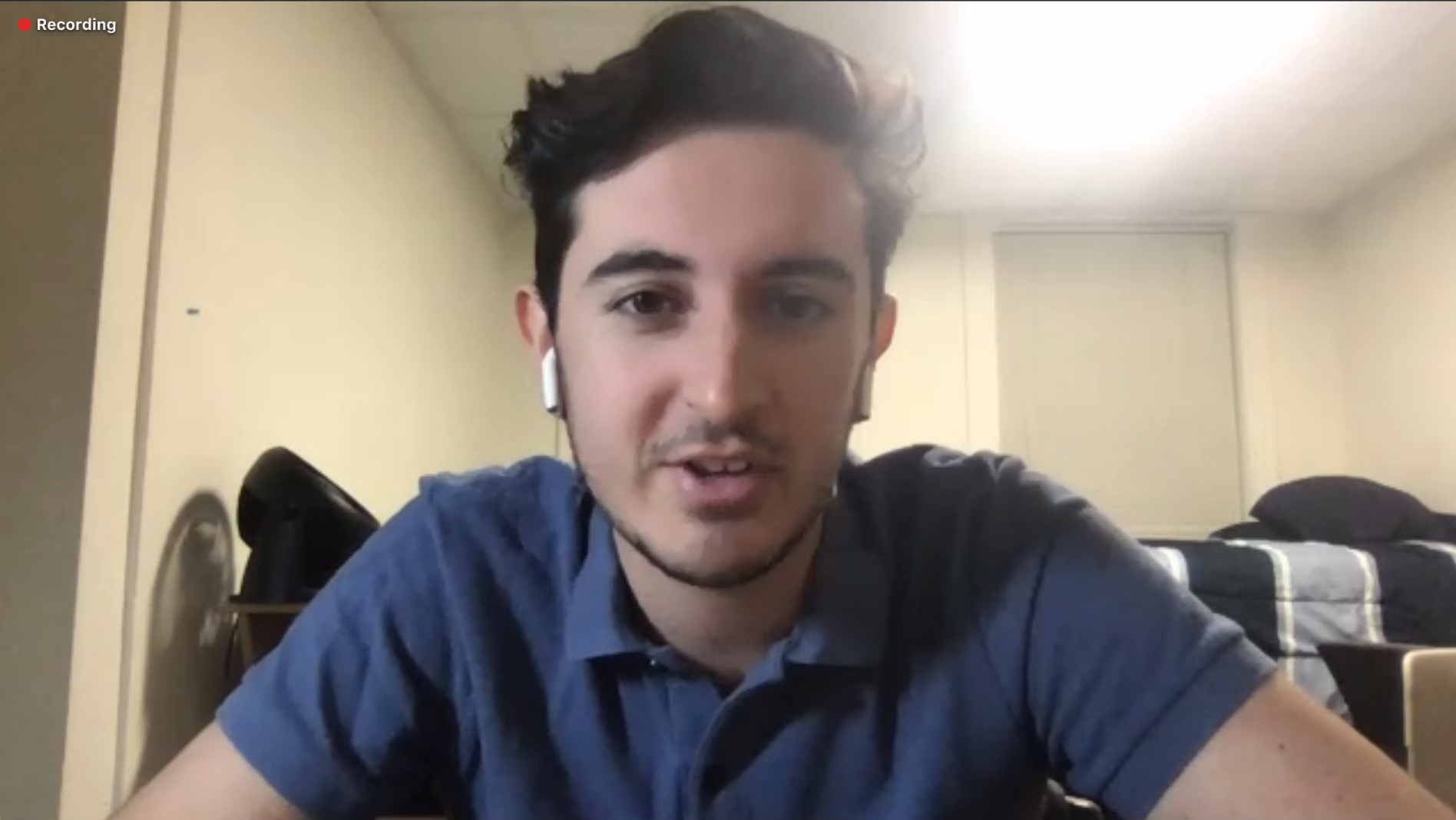 Beyond COVID-19, Zang and Rubin see the app helping people who want to go to places but save time. They mentioned the platform’s potential use beyond business fronts too, with transportation like the MBTA. Users could choose the more comfortable and less crowded option.

“It means the world to us,” Zang said. “It’ll pay off for the community as well. This is a very good stepping-stone in our progress. We’ll now hopefully be able to level up our game.”

Rubin and Zang competed against eight other business ventures Monday night. Each platform was challenged to pitch a project they wanted to tackle this school year that would impact their campus, a marginalized community or any group affected by COVID-19. Each team received funding for projects. 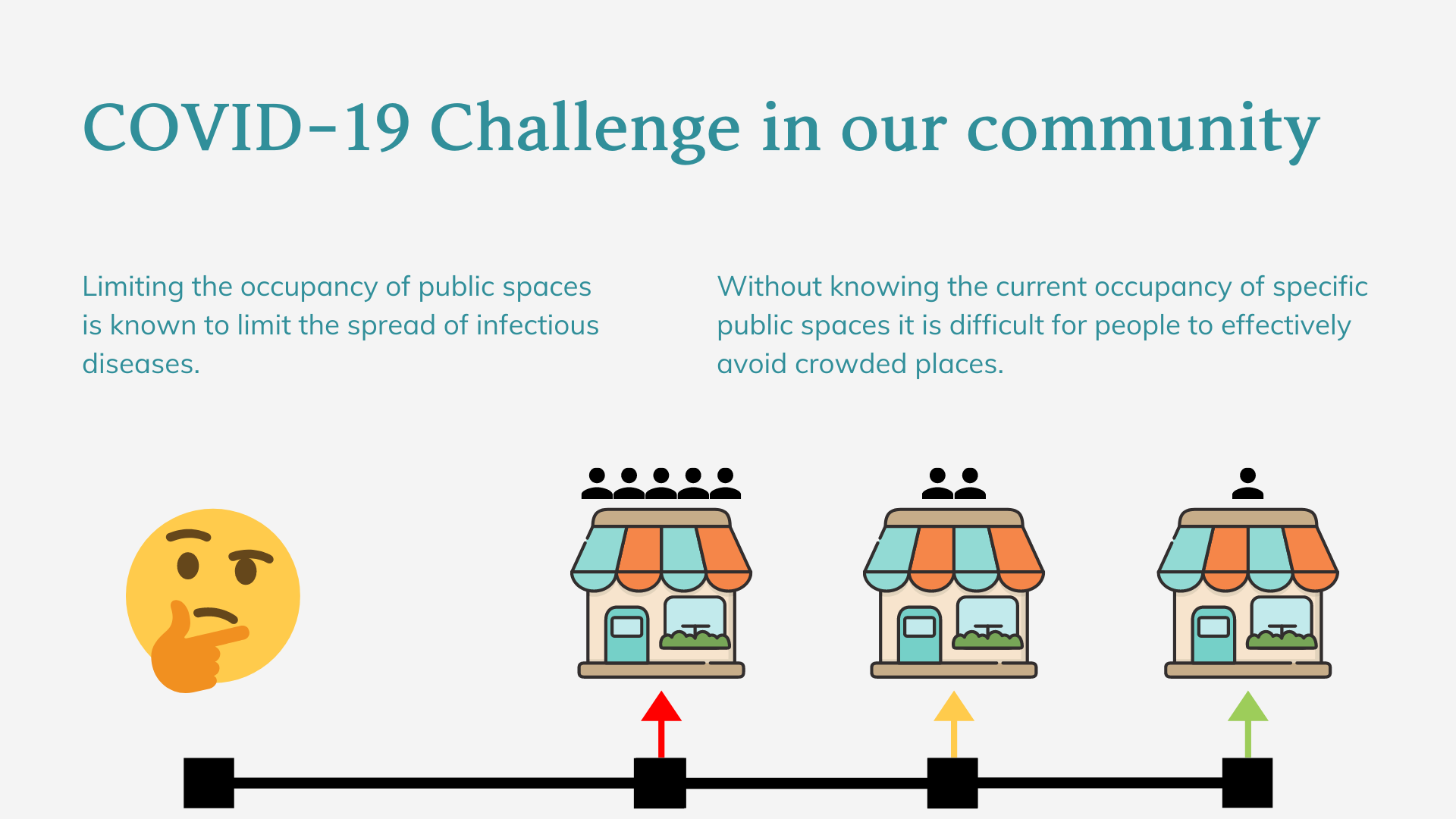 In second place, a group of students from Joseph Kushner Hebrew Academy won $3,000 for their Deliver Together grocery services. Third place went to Haley Fogelson from Northeastern, who received $2,000 for her Smart Alarm idea to ensure people wear masks into businesses. Fogelson and Zang from the first project are both Northeastern University Hillel board members.  Boston University alum Narain Reddy won $500 in fourth place for his app Script Solutions that would track cancer patients’ daily symptoms.

The remaining five groups each received $250 for their ideas. Tufts University students Allison Cohen and Tori Berlin started off the night with their Ally to Activist idea to help congregate resources around Black Lives Matter. Miracle Olatunji from Northeastern is working on OpportuniMe, an organization to help students within the virtual recruiting landscape. Brandeis University’s Jake Warren pitched an idea to help provide more food at the Community Day Center of Waltham. Avi Benmayor from UMass Amherst started a site called The Yerli to promote local small businesses. Brandeis’s Dario Alves wanted to help his middle school, Escola Amor De Deus, where he studied growing up in Cape Verde. 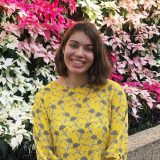