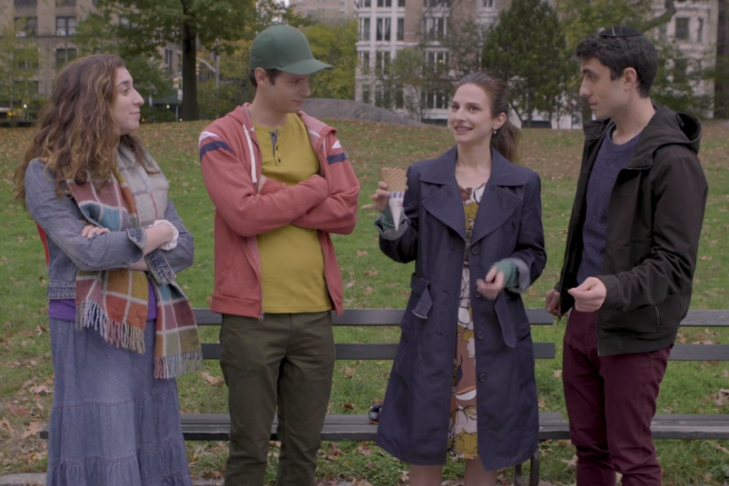 A scene from “Soon By You” (Courtesy image)

When “Soon By You” debuted in 2016, it was hailed as the Modern Orthodox version of “Friends.” The show followed the trials and tribulations of Jewish observant singles trying to find love on New York’s Upper West Side.

From the beginning, Leah Gottfried, one of the show’s creators, was intent on portraying a marginalized group in the community—Orthodox singles who felt pressured to marry by a certain age.

Now in its second season, the latest episode of “Soon By You” moved the dial notably to the left when Gottfried introduced two LGBTQ characters to the show: Joe, the brother of Sarah, one of the program’s six original characters, and his friend Chana, who is observant and lesbian.

Gottfried recently spoke to JewishBoston about “creating a story that stayed away from the painful coming-out story that has been seen so many times.” She said: “I wanted to show that things get better for LGBTQ+ Orthodox Jews. They have friends, they’re comfortable and they have support. We wanted our viewers to know there are resources out there for them.”

To make the show as genuine as possible, Gottfried collaborated with two nonprofits: Jewish Queer Youth (JQY) and Eshel, organizations that cultivate safe and supportive communities for LGBTQ+ Jewish young adults and their families. In a recent interview, JQY founder and clinical director Mordechai Levovitz applauded Gottfried for presenting Chana, “the first proud queer Orthodox female character, [who] is unapologetic about her queerness and is also Orthodox.” Rachael Fried, JQY executive director, described the character of Chana as “revolutionary.” She added, “It’s a big deal to have representation of anyone who is female identifying in an Orthodox space and is comfortable with her identity, observance and religion.”

As for the character of Joe, Levovitz noted that he was able “to find the support he needed among LGBTQ+ people—support that was missing from his family.” He added, “The point was that Joe needed some TLC and he took care of himself.” In the episode, Joe talks about attending a weekend retreat similar to the ones Eshel hosts at Isabella Freedman Jewish Retreat Center in Connecticut. Miryam Kabakov, one of Eshel’s founding members and its executive director, told JewishBoston that Joe’s character “is a composite of those people who are no longer observant, but still want a connection to traditional circles. It’s an important thread of connection for them.” 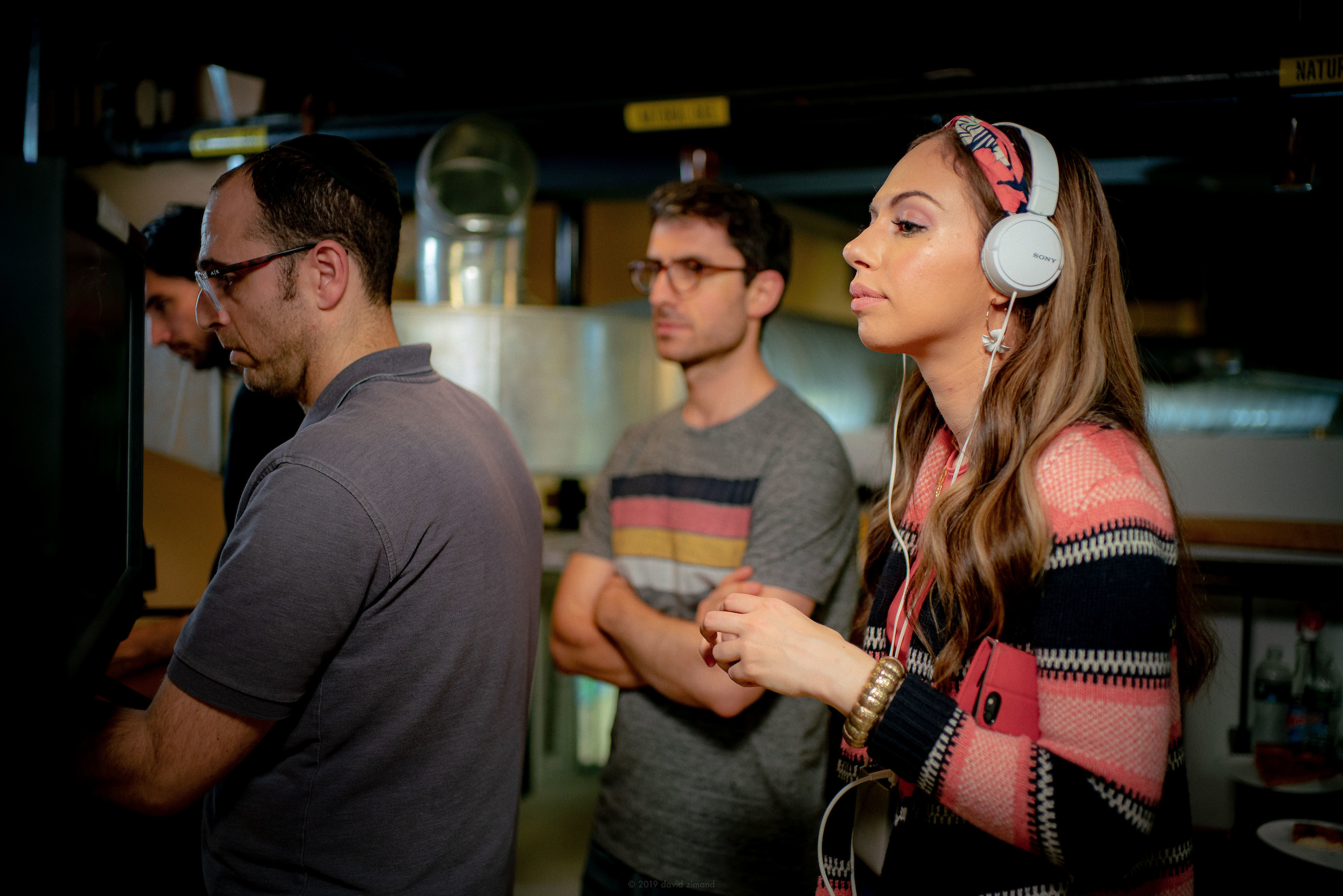 Kabakov’s involvement with “Soon By You” began when she met Gottfried at the premiere of one of the show’s episodes, during which Kabakov suggested that Gottfried broach the topic of LGBTQ+ Orthodox Jews. “I told Leah I wanted to help her understand LGBTQ+ culture and community and consult on the development of the LGBTQ+ characters in the show,” she said. “We ended up with two realistic characters. Although he is no longer observant, Joe still wants spiritual connection and Chana stays religious while remaining true to her lesbian identity.”

In addition to advocating for Orthodox LGBTQ+ people, Eshel offers a wealth of resources for the community. It runs three national phone-in support groups for LGBTQ+ people, Orthodox parents of LGBTQ+ people and parents of transgender children who need resources that are unique to them. Kabakov and her staff also administer the “Welcoming Shuls Project.” With input from almost 200 rabbis, the project determines the degree of welcome an LBGTQ+ Jew might experience in these synagogues. “We assess the tenor of the community,” she said. “We have metrics for practicalities such as whether a gay man is welcome to lead services or whether two women can celebrate the bris or naming of their baby.”

For the past five years, JQY has managed teen drop-in centers for LGBTQ+ Orthodox youth in Manhattan and Long Island. It’s a place where teens from Orthodox, Sephardic and Hasidic families can have a kosher meal and access to social workers. “These teens can meet people like them,” noted Levovitz. “We’re growing quite a family of courageous teens, some of whom may not be out and risk a lot by coming to the drop-in center.”

As part of her research, Gottfried visited one of JQY’s centers. “We screened an episode of ‘Soon By You’ at the center for a group of teens and had a discussion of what queer representation they would like to see in the show,” she said. “I saw that so many of these teens wanted a connection with the Orthodox community. The rejection and isolation that happens causes a lot of pain, and we want to combat that with love.”

As for the reaction of viewers—many of the same viewers who asked Gottfried to keep the show “kosher” when it first aired—a number of them have been privately supportive. “There have been a lot of positive messages from people, even in the right-wing Orthodox community,” she said. “They are reaching out and thanking me. There has also been a lot of hatred and disgust, and these viewers don’t understand why we showed the LGBTQ+ community on the show. But many people recognize why we did this and thank me for contributing to the conversation and dialogue that has touched on their experiences.”