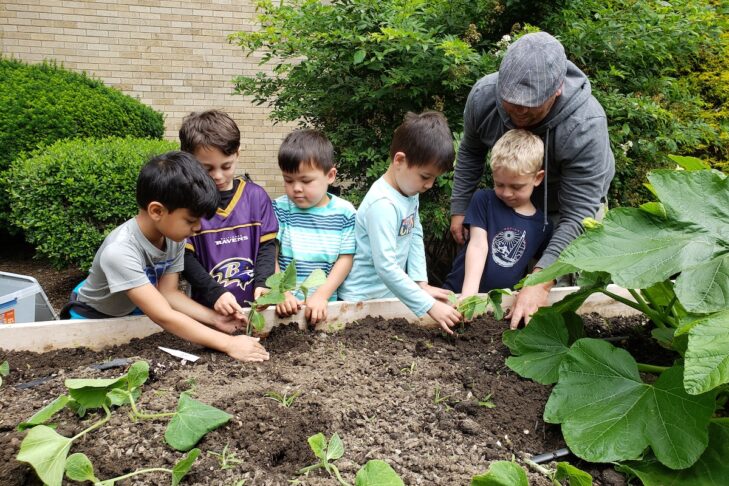 So often lessons about social justice are abstract, especially for the littlest kids. But not on Wednesday, June 22, when a group of 15 preschoolers from JCC North Shore planted a garden at Temple Sinai, right next door in Marblehead. Bounty from the four raised beds go to food pantries in Marblehead and Swampscott, serving more than 50 families every week.

Food insecurity is on the rise—now affecting one in three Massachusetts adults, according to data from the Greater Boston Food Bank.

SPUR, a North Shore organization that connects youth with volunteer opportunities that make a tangible impact in the community, launched the partnership. Its SPUR Community Roots Garden at Temple Sinai has lettuce, radishes, spinach, squash, watermelon, pumpkins and more. 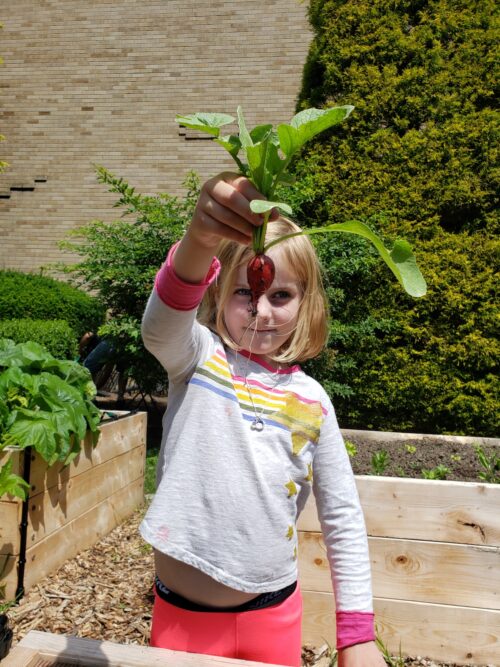 “We thought this would be a great way to teach empathy,” says JCC early education director Stephanie Walsh. “It’s a great opportunity to think about others. And they knew exactly what they planted, and they were proud of it.”

“You can grow flowers for Shabbat, grow crops that belong in the Torah, grow parsley for seders—and then it ties into tikkun olam, in thinking about the poor and homeless,” she says. 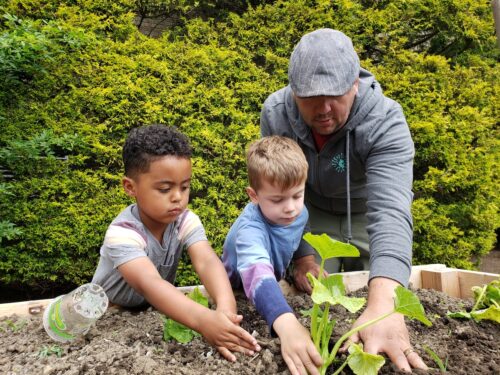 She also notes that this is a shmita year in Israel: In the shmita year, debts are forgiven, agricultural lands lie fallow and perennial harvests should be freely redistributed and accessible to all.

This week, the kids harvested in-season items like radishes, lettuce and spinach; a few others planted watermelons for later this summer; and still more planted butternut squash and pumpkins. A new group will return to reap their bounty later this year.

“The kids were wonderful. They were so well-behaved and so interested and excited. They just lined up, stood over the beds, laid out the plants and were so happy and so good. They asked: ‘What do plants need to grow?’ We explained that they need sun and water,” says Rosenstroch—a simple, lasting lesson during confusing times.