My kids are carb fiends. So imagine my delight when I discovered that there’s a brand-new bakery, called Bread Obsession, no less, in Lexington.

It’s the first retail store from longtime Lexington pals Varda Haimo, 64, and Joan Forman, 66, whose breads are also available at shops such as Pemberton Farms and Concord Cheese Shop, and at restaurants like Woods Hill Pier 4.

The 9-year-old business really took off when Haimo joined Temple Shir Tikvah in Winchester, where Forman ran the Hebrew school. Haimo ultimately became president of the congregation, and they built a friendship. (They further bonded over a love of bread while Forman walked her daughter’s dog and Haimo was walking hers.)

At the time, Haimo was running the business from her kitchen. Because the shop was growing so fast, she asked Forman to join in. The pair ultimately got a larger, 700-square-foot commercial kitchen space in Waltham. Now, their brand-new shop is about four minutes away from their houses.

They make a variety of breads, specializing in baguettes, bagels and Jewish rye.

“Most baguettes are terrible. Really terrible! They’re made out of flour and water, which is paste,” Haimo says. “Even at surprisingly good bakeries, it really tastes that way. To develop flavor in a baguette takes work. We put in the work. The faster you make a baguette, the worse it tastes.”

At Bread Obsession, dough is mixed the morning before and left to ferment; they shape it and bake it the next day.

“And it really, really tastes good. It’s such a simple bread,” she says.

They also specialize in bagels. Haimo is a connoisseur, and she was driven to create her own after finding local versions lacking.

“When we started making bagels, I became so disappointed in the bagels available,” she says. “They’re not bagels—not what I think of bagels; they’re sort of pieces of round bread. I grew up with wonderful bagels, and I couldn’t find them. Making them is a big pain, but it has to be done!” 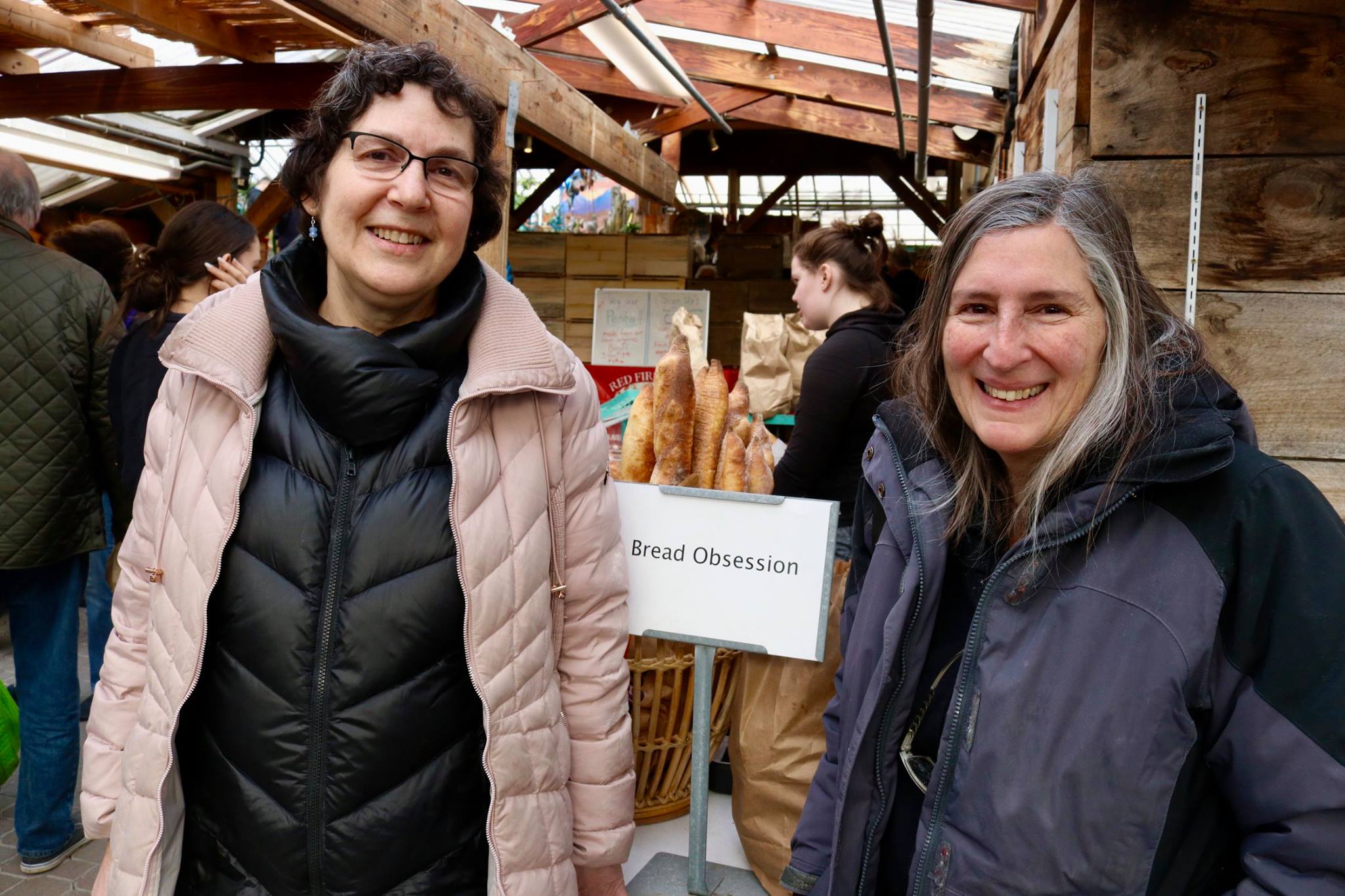 (She attributes bad bagels to their lack of high-gluten flour, which she prefers.)

Haimo also wanted to replicate a specific Jewish rye that she grew up with in University City, outside St. Louis. As a kid, she loved visiting Pratzel’s, a mainstay kosher bread-baker known for rye sour, which ended a century-long run in 2012.

“It was a very, very sad day in St. Louis when they closed,” she laments.

She tries to mimic the taste with her own rye sour and caraway seeds. In fact, it was this pursuit that got her started baking in the first place, even though it was a trial-and-error process.

“As an amateur baker, I tried to make Jewish rye, which is like skipping four levels,” she says, laughing.

Pratzel’s version was coated in cornmeal, too, which she also wanted to duplicate.

“It’s not easy for an amateur baker to come up with a really good culture. It took me several years,” she says. And, while it’s one of her signature offerings, she says that her three grown kids don’t usually eat her goods.

“They do and they don’t. None of them will eat the rye, which makes me very sad, but what can I do?” Haimo laughs. “It’s one of the reasons I opened the bakery. I wanted to find an audience for the bread I wanted to make. It wasn’t necessarily going to be my family.”

Her first grandson was born three weeks ago, though, so there’s hope. Forman also has two grandkids, and she always brings them cinnamon bread when visiting.

These days, Haimo works in the kitchen three days per week, though she employs a staff of five bakers (she hopes to hire two more, because business is booming).

“I think people really need to understand how much work goes into good bread. Anybody can make bread, but making good bread is a lot of work. And it takes a lot of time,” she says.