I saw the new movie, Spotlight, last weekend. I felt geographically required to, as I did with Black Mass. I root for the Pats and the Sox, and I go see the movies about Boston scandals (okay, and ones with Matt and Ben, too): it’s what we do.

Spotlight is about a team of investigative reporters from The Boston Globe who uncover the sex abuse committed by Catholic priests in Massachusetts, and the ensuing cover-up by the Boston Archdiocese. It is reminiscent of All the President’s Men with earnest and intense reporters racing to ferret out the evil truth that spools out ahead of them. It is a riveting film with a difficult topic as its drama.

As the credits rolled, I found myself uncharacteristically passionate in my reaction.

The horrible, reprehensible behavior of the priests and church leadership wrought deep, scarring effects on their thousand-plus victims. But there is an additional victim here: religion. Primary among the injured are all Catholics who now struggle mightily with issues of trust, respect, and faith after this shattering truth was exposed. Few who grew up Catholic in Massachusetts were unaffected: a childhood priest, a CCD teacher, a retreat leader; in whom can or should trust be invested? What a dreadful feeling, not to know.

But the damage is much wider. This scandal–which turned out to be much bigger than just Massachusetts–feeds the growing perception that religion is a bad thing. Together with the evils of religious extremism, naysayers point to religion and say, “look at all the problems religions have brought down on the world.”

And yes, these are real problems–problems that have created a widespread distaste for religions of all kinds. Both my children, ages 18 and 23, have said that it is common for their peers to express distain for religious expression. “Religion is stupid–it just causes friction and differences between people. And all the stuff you’re supposed to do–it’s just mumbo jumbo.”

But I felt empowered by Spotlight. I felt like standing up and saying, “I am religious and I believe in the goodness and the community it can provide.” I live as a Jew and my Judaism informs my life every day in a positive way. I love the rituals, the cycles of seasons and gatherings, the music, the yearning for spirituality, the centeredness. Judaism has served as a moral compass for me, and, together with my husband, for our parenting. It continues to provide a basis for leadership, philosophical discussion, and explored identity for both our children. Yes, I work deep within Judaism every day at Mayyim Hayyim. And there, more than anywhere (well, along with Israel and Jewish camps) I see the beautiful power of religion brought to expression on a very personal, individual, private basis. Without anyone acting as an intermediary; just a human being, the water, and one’s soul.

So yes, go see Spotlight. And then, be a voice for religion.

Lisa Berman is the Mikveh and Education Director at Mayyim Hayyim, ensuring that all immersions are facilitated with dignity, respect and modesty, and supervising the Paula Brody & Family Education Center. 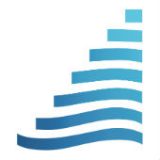