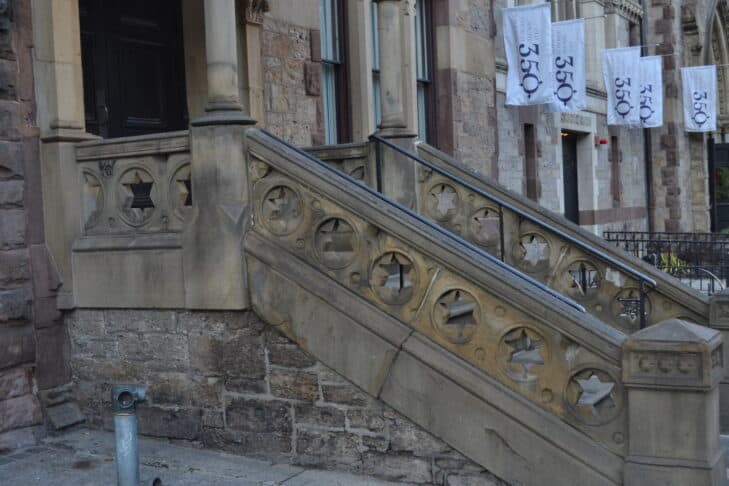 Several six-pointed stars appear on buildings in Back Bay and Copley Square. But none is a Jewish Star, also called a Star of David or Magen David. Each is simply a six-pointed star, also called a hexagram or a sexagram. Two sets appear on churches, which started using six-pointed stars as decorations, not religious symbols, centuries before synagogues used them. Churches continued to decorate with hexagrams even after hexagrams became associated with Judaism; churches were not invoking Judaism or any connection to it. One set of six-pointed stars appears on a Copley Square centerpiece, Trinity Church. At the southeast corner of Boylston and Clarendon Streets is the parish house, which is linked to, but separate from, the main church building. The parish house has four sides, each side has a gable, and each gable has a round window with a six-pointed glass star set into it. (The architect, H. H. Richardson, also placed a six-pointed star on the rear of Austin Hall, the building he designed for Harvard Law School.) A single non-Jewish star appears on 290 Dartmouth Street. It looks random and lonely, as if other stars disappeared during one renovation or other. Another single non-Jewish star appears on a building on Newbury Street. The building was built as the First Spiritual Temple; many people remember it as, and still call it, the Exeter Street Theatre.

To find the star, stand on the northeast corner of Newbury and Exeter Streets. As of this writing, the ground floor of that corner is occupied by Joe’s American Bar and Grill. Face the building, turn right, and go to the end of the building. Before you get to the next building, 177 Newbury Street, you’ll see the star on the canopy of the entrance.

As far as is known, the six-pointed star is carved into the brownstone for the same reason that such stars appear on other buildings nearby: decoration. 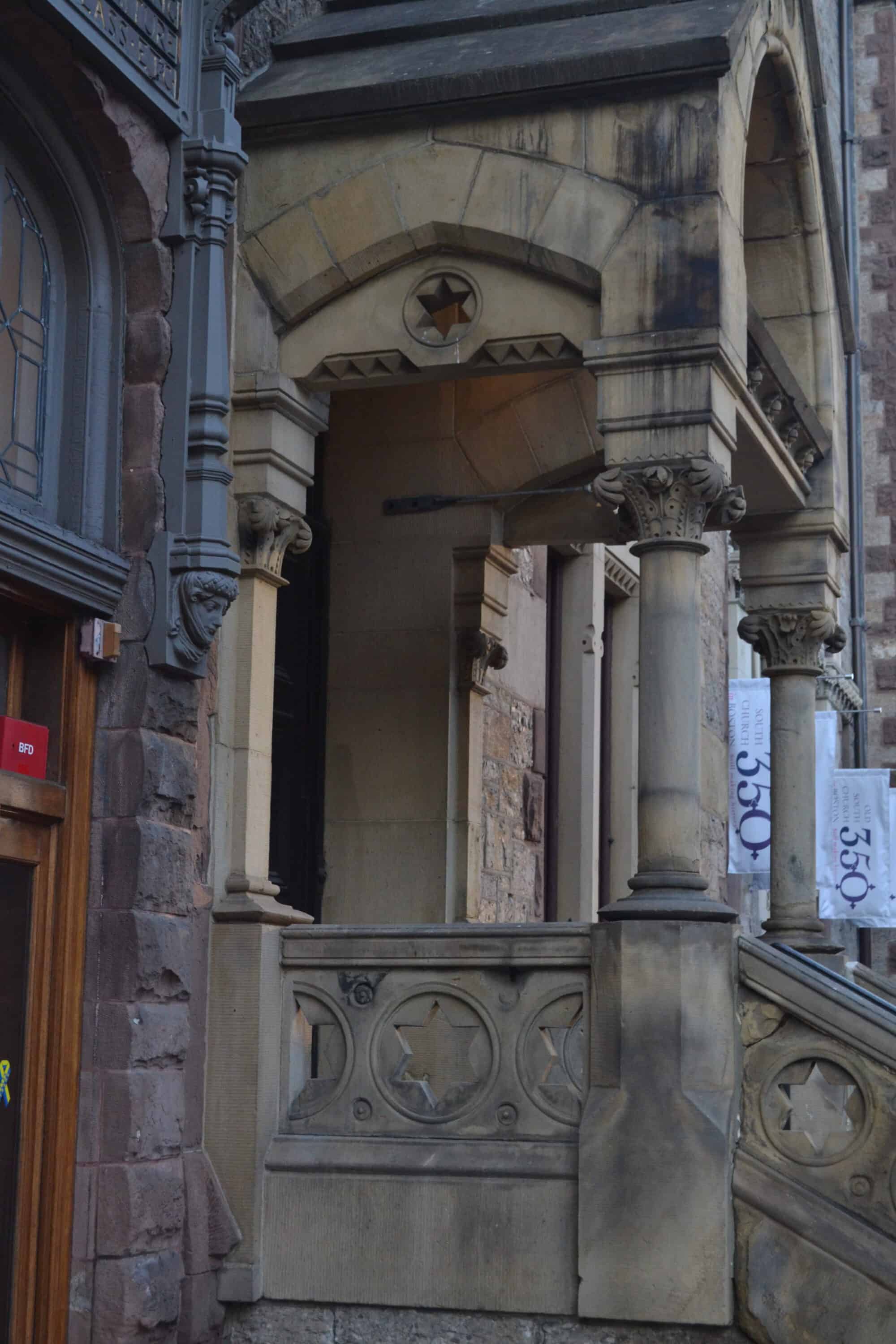 The biggest collection of six-pointed stars in Back Bay is at New Old South Church, a landmark at the northwest corner of Boylston and Dartmouth Streets, across Boylston from the Boston Public Library.

The staircase is a great place for Jewish Bostonians or tourists to pose for a photograph, Instagram or other social media post.