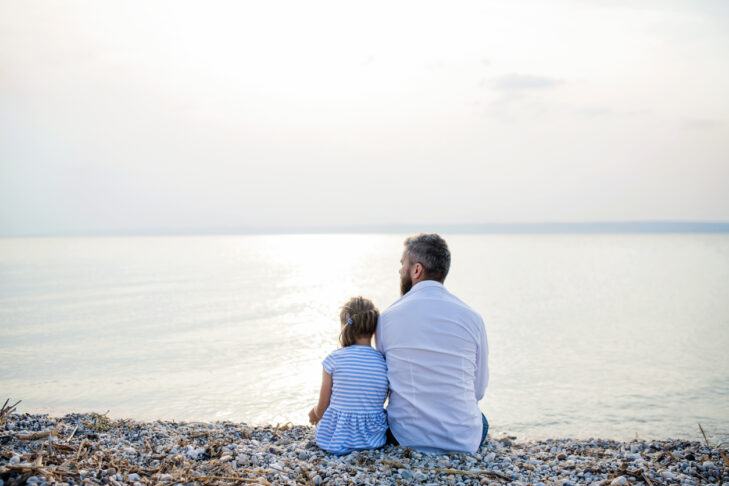 In 1973, while riding the T to Hynes Convention Center for the annual Boston Book Festival, my father sat next to Kurt Vonnegut. He told me this recently, when I mentioned on our weekly call that I was reading “Slaughterhouse Five” for the first time, and it was one of the few stories of his I couldn’t recite by heart. “How did you know it was him?” I asked, historically bad at recognizing famous people in the wild.

“Because he got off at the same stop and I saw him on stage 30 minutes later. And it’s Kurt Vonnegut!” said my father.

My father grew up in Chelsea and never lost his accent, even after decades away from the city. Most of his best stories take place here, in close-knit Jewish communities beset on all sides by cruelty. In my father’s stories, the Jewish people are wily and street-smart, standing in solidarity with other marginalized communities against those who would seek to quash them. He tells me of his father’s rag shop, of the antisemitism he faced as a child, of the weird and wild scenarios he found himself in at my age. In my father’s stories, he is never a flawless hero who can do no wrong, but a man doing his best with the wits and cunning he was forced to cultivate. His stories are also the closest tie I have to a history that has been systemically wiped out.

I am a patrilineal Jew. To some, the legitimacy of my Judaism may come into question, but to others, my cultural origin matters little. As such, my perception of Judaism has always come tangled in my father’s stories, even if they do not have a particularly Jewish tilt. Some of them feel as familiar as fables: the golem, Chelm, that time my father outsmarted a vicious bouncer using nothing but his wits and his car. His stories form a road map of the life of a Jewish kid in Boston at a time when World War II was still a close, intimate memory. I can read all the historical retellings and fictionalizations I want, but nothing provides the significance that my father’s stories do.

Jews are a storytelling people, and the way we relay our stories colors the way others see us, and the ways we see each other. When I went to college, I became something of a wandering storyteller, relaying tales at parties to usually positive reactions. Some of the stories I would tell were my father’s, but most of them were mine. Telling a story is a defense mechanism, not only to humanize the teller but to entertain those who would seek to destroy her. It is yet another skill we learn to prolong our survival, rooted in humanity and fine-tuned in suffering.

And still, I love my father’s stories, and I’d like to sit him down to tape them one day. They are proof of a history that refuses to be stomped out, a reminder that we aren’t going anywhere. As my father and I both age, I find myself drawn into tales I’ve heard a thousand times and a few new ones. “I think I talk now because I didn’t say anything to Kurt Vonnegut,” said my father. I’m glad that he does.