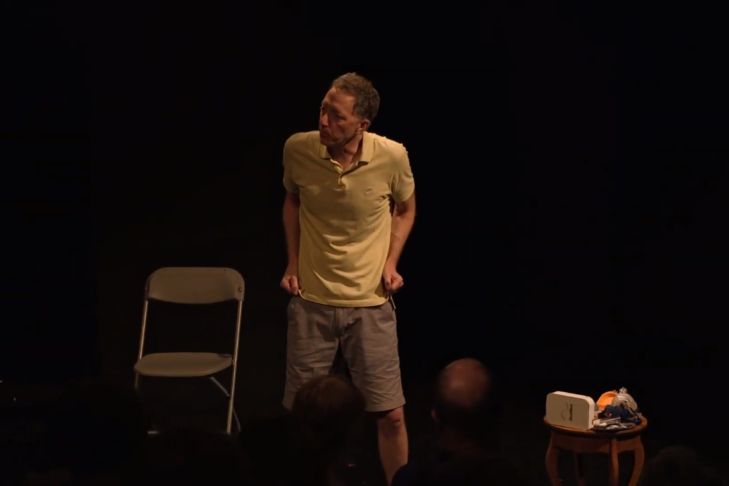 Judah Leblang in “It’s Now or Never: My Life in the Late Middle Ages” (Courtesy photo)

Judah Leblang of Medford, a performer and writing teacher, has written two memoirs and countless articles that touch on his life as a Jewish gay man.

You describe yourself as a storyteller. What are your stories about?

The stories I tell are from real life, and my writing voice and storytelling voice are Jewish ones. My humor and the way I see the world in general are informed by where I grew up. I’m from Beachwood, Ohio, a very Jewish suburb of Cleveland. My different identities inform the way I write and speak and tell stories. I would describe my voice as a combination of a Great Lakes Jewish and middle-aged gay man.

You’ve written two memoirs—the most recent is “Echoes of Jerry: One Man’s Search for His Deaf Uncle and His Own Voice” published in 2019. What were the life events that led you to write the book?

It took me 10 years to write “Echoes of Jerry.” In my show, I perform a piece about hearing loss that brings up Jerry for me. I lost 50% of my hearing when I was almost 50. It’s ironic given that I taught deaf students and then relearned sign language to be an American Sign Language interpreter. One of the triggers that moved me to write “Echoes of Jerry” was that growing up with my only uncle who was born deaf, I never saw him sign because he was educated orally. He was actually forbidden to use sign language. My uncle died when he was 44, and I was 18. He inspired me to become a teacher to the deaf.

I look back at the events in the book when I’m in my 50s. I realized that although I didn’t know my uncle that well, we had this unspoken connection. As I grew older, I began to understand that we were the different ones in our families. I sensed that I was gay early on and always felt like an outsider in my family. My uncle was also an outsider in his family, and I felt this empathy for him.

How else did your uncle inspire you?

My visceral, ongoing connection to my uncle was cut short. I never saw him sign, and I think it would have amazed him to see me studying ASL with deaf professors at Northeastern University. He was taught that sign language had no value, and my choice to become an interpreter enabled me to validate ASL for my uncle. I wish I could share with him that ASL is a very elegant language with its own complex grammar.

“Echoes of Jerry” also explores the many parallels my life had with my uncle’s. The biggest insight I had was that deaf people and many gay people have parallel experiences. If you’re deaf, you’re among the 90% born into hearing families. That’s different for those born into minority groups. It’s similar for gay people, most of whom are born into heterosexual families. I came out in the mid ‘80s and as a gay person I had to find community outside of the people around me. It’s very similar for the deaf. 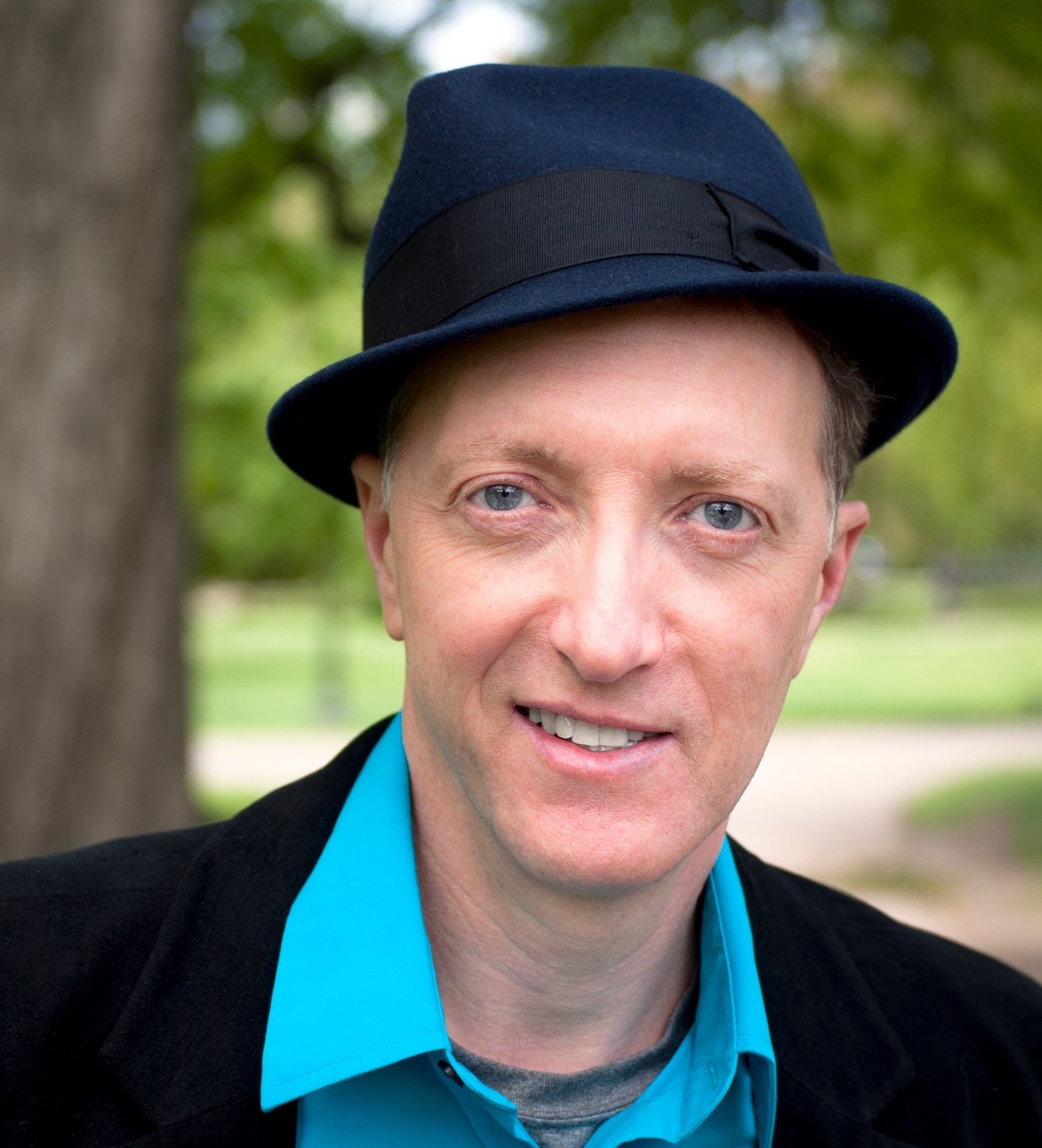 What topics do you write about in your Bay Windows column?

It’s a monthly column that conveys the human condition and various slices of life. It’s called “Life in the Slow Lane,” and I started writing it at the age of 50. It’s written in my voice—that of a gay man who is not necessarily involved in the current scene but is trying to navigate his life. The column is occasionally reprinted in the Golden Rainbow Times—a section of the paper that focuses on the experiences of older gay people. Topics of late have been living in isolation during the pandemic and not getting along with my cat, who was my only roommate. I also wrote about visiting my mother in assisted living in Cleveland. I went twice to Cleveland last year, and both visits required a lot of planning.

What was the impetus for your one-person show, “It’s Now or Never: My Life in the Late Middle Ages”?

I timed the show for my 60th birthday, but when I hit 50, middle age really kicked in. I took the show on the road and talked about getting older. Various things with my body didn’t go according to plan, like sleep apnea. The show was a combination of the body, life on the road and that struggle with our internal critic. I was getting older and trying to live a creative life.

I started writing seriously in my early 40s. I wrote short columns for the Somerville Journal and then went on to write for the LGBTQ paper. I’ve been publishing slice-of-life columns for over 15 years. For the last 20 years, I have sent my work into the world by performing my original material.

In the 90s, I trained to be a sign language interpreter. Before that, I was a special education teacher for deaf children. That experience showed me that although interpreting is very creative, I still worked with other people’s messages. It was also a draining job. I learned I needed to put my own work out in the world. Initially, I was hesitant to take up space in the world, but I’ve changed that in the last two decades.