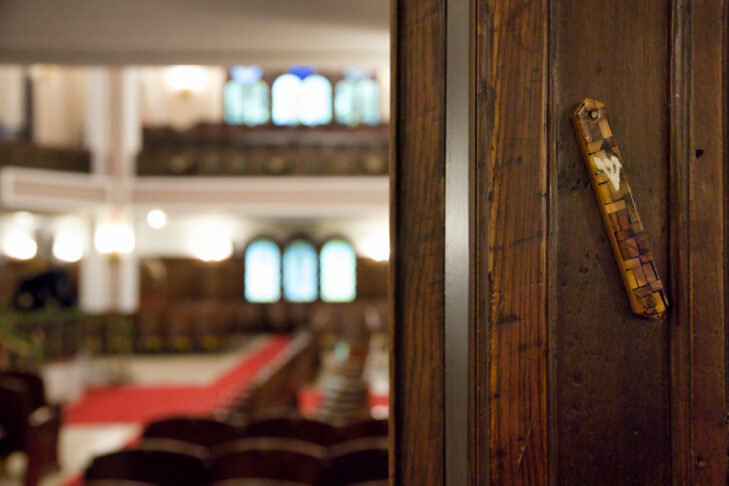 On Monday, May 18, Massachusetts Gov. Charlie Baker released guidelines for how the state can reopen from restrictions related to the coronavirus situation. Phase 1 debuted that day, allowing houses of worship to reopen, but Boston-area Jewish religious and community leaders indicated a collective caution on when and how they would do so.

“I think there are a lot of concerns,” said David Bernat, executive director of the Synagogue Council of Massachusetts. “One, how to and when to move to a kind of in-person services, schools and educational programs. Also, the nature of uncertainty. If you make plans for reopening and there’s a second spike, what are you going to do? The third [issue] is how to have the best practices in place to inform your decision, then to help implement a decision.”

Rabbis and lay leaders are in an ongoing process of dealing with these issues. Their plans range from looking to reopen in the coming weeks to remaining virtual for the foreseeable future, incorporating input from advisory groups. One topic that arose in several interviews was concern for population groups that have been especially hard-hit by the virus, such as senior citizens, people with underlying conditions and communities of color.

“One of the main things is looking out for vulnerable populations,” Bernat said. He mentioned “the proportion of the Jewish community that are people of color. How are they affected?” And, he said, another point of concern is “the economic and emotional impact of all of this. It could be lasting. Just because people are ready to start opening up in the spring, summer, fall, does not mean it is necessary. To go back to where things were, what does this mean for everybody?”

Temple Beth Zion in Brookline, an independent synagogue, informed congregants in a letter that it is not currently moving to reopen. The letter was co-signed by Rabbi Claudia Kreiman, president Sara Smolover and executive director Susan Diller.

“Although we all yearn to be together to worship, learn, celebrate and mourn in community, the continued health and safety of our community, pikuach nefesh, remains the driver of how and when we can join together in our sanctuary,” they wrote.

Toward that end, the temple has formed a 12-person Reentry Planning Group and is staying up to date on state and Brookline town guidelines. Meanwhile, it is continuing to hold virtual services and programs on Zoom and through live-streaming.

“We appreciate the capacity to assemble with considerable care, and we are very concerned about doing so prematurely,” Rabbi Bill Hamilton said.

He expressed a particular concern over singing during in-person services.

“I’ll say that worshipping with a voice of song in a place for a protracted period of time could be quite infectious, and so we’ll likely keep our current policy unchanged until next month,” he said.

Young Israel of Brookline, an Orthodox shul, plans to reopen on June 1 in a limited capacity under certain precautions. It has formed a subcommittee on reopening and is also following guidelines from the Orthodox Union. Rabbi David Hellman informed his congregants in a letter that the synagogue precautions “go well beyond the Massachusetts requirements.”

Entrance will be limited to members next week and capped at approximately 30 men and 30 women per minyan. All attendees must wear a mask, practice social distancing and are encouraged to bring their own siddur.

Attendance is prohibited for individuals with recent COVID-19 symptoms, or people who have recently been diagnosed with the virus or who have come into contact with infected individuals. Children under age 12 and people older than 65, as well as individuals with underlying conditions, are strongly discouraged from participating at this time.

“Our congregation, on the one hand, is a very connected congregation with many diverse members,” Hellman said. “Opening up the synagogue to have services is very important to them. On the other hand, we have many medical professionals, doctors on the front lines with hospitals, with coronavirus patients. We’re very much aware of the concerns.”

He noted that Orthodox congregations such as Young Israel have an added pressure to reopen in that traditional Jewish law forbids them from holding virtual services on Shabbat. Under the current plan for Young Israel of Brookline, the first Friday night Shabbat minyan will take place on June 12.

“All of our plans also may change depending on local conditions and will continuously be evaluated,” Hellman wrote in his letter.

On the other side of the debate is Rabbi Victor Reinstein of Nehar Shalom Community Synagogue, an independent congregation in Jamaica Plain.

“I think that much of what the governor proposed is premature,” Reinstein said, “particularly in regard to the responses of houses of worship. I think they should wait. It puts communities at great risk. I think it is very much against the spirit of what we stand for as religious communities and our responsibility to look after the well-being of our members.”

The current status of Nehar Shalom is “to remain closed to any kind of in-person gathering,” Reinstein said, “continuing in a very active way online. We remain very committed to looking after each other and very committed to waiting until a time when it is much more clearly safe to come together again.”

Regardless of their plans, it sounds like synagogues are weighing the options for both the short-term and long-term.

“For congregations, upcoming you have Shavuot and what to do about that,” Bernat said. “In the bigger picture, there’s a challenge around the summer, fall and High Holidays. The general sense I have is to be as prepared as possible.”