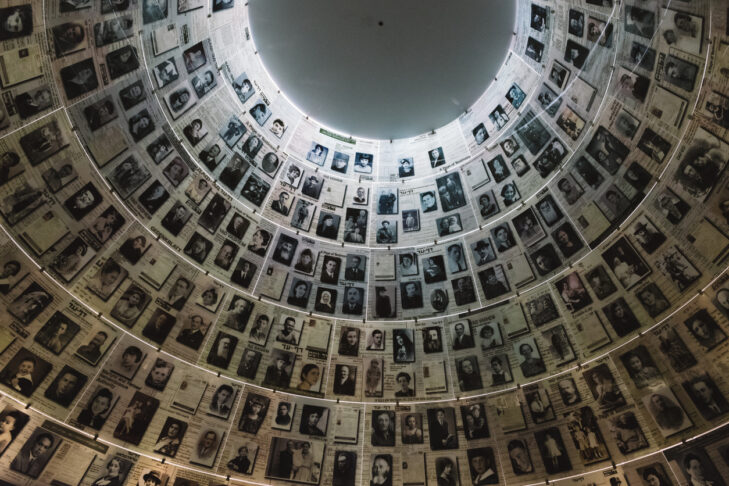 The Hall of Names at Yad Vashem in Israel (Photo: BrasilNut1/iStock)

“I think it’s urgent, relevant and timely to study the Holocaust,” said Christopher Mauriello, the director of the CHGS and a history professor at the university. “It’s the greatest collapse and crisis of democracy … it’s a unique mix of antisemitism, authoritarianism and technological murder at the crossroads of European history.” And, he added, “Ultimately, my students find it worthwhile to study [the Holocaust] at the undergraduate and graduate level.”

Massachusetts universities with Holocaust and genocide studies programs include both Salem State and Worcester-based Clark University.

At Salem State, the graduate certificate program consists of five courses. One is required: “Introduction to Comparative Genocide Studies.” Mauriello teaches an elective, “History of the Holocaust,” which he said many students sign up to take. The majority of enrollees in the program use their knowledge to inform their work as teachers.

During the SSU trip to Rwanda, participants learned to make connections between the Holocaust and the more recent 1994 genocide against the Tutsi population. 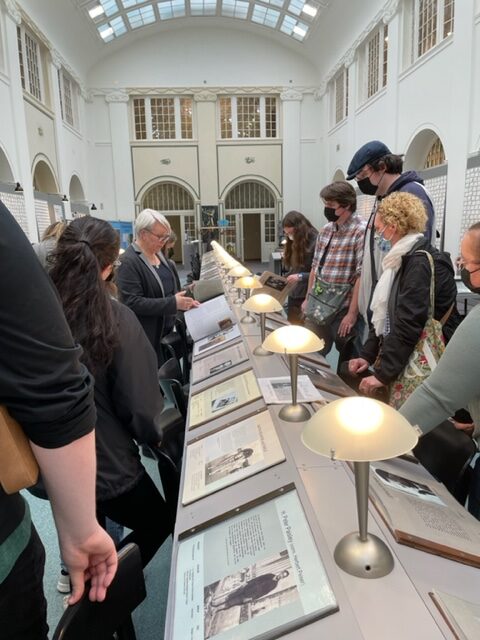 Salem State University students on an April 2022 trip to Germany, where they saw an exhibition called “We Were Neighbors,” located in the former Jewish quarter of Berlin (Photo: Christopher Mauriello)

In April, 15 SSU students went to Berlin, where they visited the site of the infamous 1942 Wannsee conference, which is said to have planned the Final Solution. They also saw the former Buchenwald concentration camp. A scheduled trip to Ukraine and Poland was postponed due to the recent war, but next month, 25 students are going to Germany, Austria and the Czech Republic.

For future educators who go on to teach the Holocaust themselves, they will usually start teaching it to students at the high school level, although middle school curricula are possible too. Last December, Massachusetts mandated teaching genocide education to public school students, with Mauriello submitting written testimony to the State Legislature.

“We recommend that the Holocaust start being taught in middle school through literature,” Mauriello said. “An introduction to some of the broader, universal channels to human rights, politics, democracy, I think is most appropriate in a high school curriculum.”

At Clark, a Holocaust and genocide studies concentration is offered to undergraduates through the university’s Strassler Center for Holocaust and Genocide Studies. Students must complete six courses, with one requirement—either a course on genocide, or a course on the history of genocide. Participants go on to a variety of career paths, from education to nonprofit work. An internship program connects students with a worldwide list of memorials and museums.

“If you’re majoring in sociology or history or a number of related fields in the humanities and social sciences with this concentration, you learn how to think about genocide in historical terms,” said Sultan Doughan, a visiting anthropology professor from Germany who is affiliated with the Strassler Center. “There are also questions about human rights education if, after college graduation, you want to work in that field.”

Doughan, who teaches classes on both antisemitism and racism, said that “the thing I try to do in my classes” is to address “the long duration, the history, of this thing called antisemitism, how Europe is connected in many ways on antisemitism in different forms.” 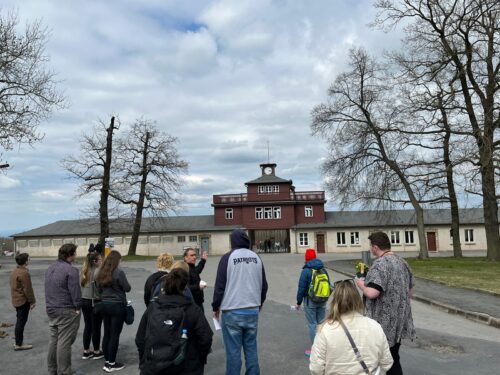 For instance, she cited the historical “refusal to accept that there could be people in Europe who were not Christian and they were from Europe, they’d been there hundreds of years, they had their own communities, villages, forms of life. Why were Jewish communities, especially in Western Europe, debated for so long as to whether they were citizens or not?”

Mauriello also noted the history of European antisemitism centuries before the Holocaust.

“It’s very important to remember there needed to be a political activation to turn antisemitism into mass murder,” he said. “Look at a certain moment of European history, particularly the 1920s and ‘30s, when it was politically useful to activate that ideology.”

Both professors took diverse paths to Holocaust and genocide studies. Mauriello is a Roman Catholic who grew up in the Poughkeepsie, New York, area. Doughan was raised in a Turkish Sunni Muslim family in Germany. She remembers her own introduction to the Holocaust, through a two-part film on Anne Frank she and her elementary school classmates saw one weekend.

Today, she encourages students to “think about the Holocaust as both something that really pertains to and focuses on Jewish communities, and is also something that has universal value, in the sense that it tells us about different groups—Jews as a religious minority, a racialized minority; the Roma and Sinti as a deterritorialized group; political minorities; homosexuals or gays. If we want this to have a purpose for the next generation, we have to think about how we tell the story in a way that’s not exclusive, but inclusive.”

Mauriello sees a contemporary lesson from the Holocaust.