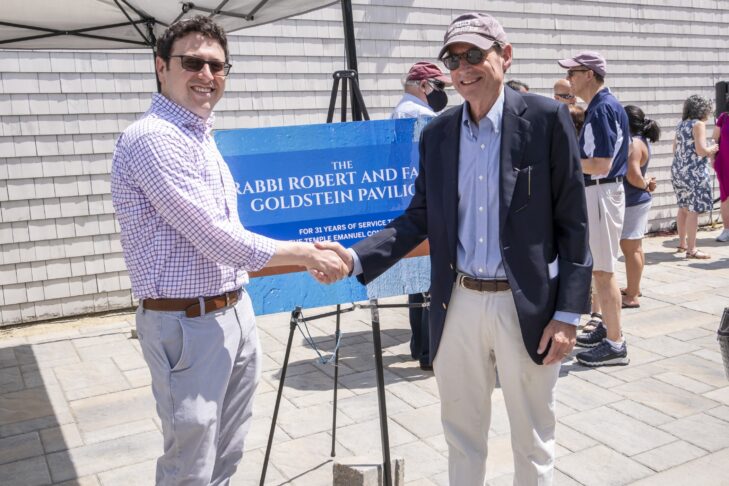 On July 1, Rabbi Max Chaiken officially became the rabbi of Temple Emanuel of Andover as Rabbi Robert S. Goldstein retired from the position he has held for the past 31 years. Recently the congregation gathered to dedicate the Rabbi Robert and Faith Goldstein Pavilion, which was built at the temple to offer an outdoor gathering space for religious services, community gatherings and social events.

Rabbi Robert Goldstein and his wife, Faith, a retired first grade teacher from South Elementary School in Andover, cut the ribbon for the new pavilion that was recently built at the temple in honor of their dedicated service to Temple Emanuel over the past 31 years. Temple Emanuel raised funds through a tribute effort, which also led to the creation of the Rabbi Robert and Faith Goldstein Fund for Judaic Excellence. 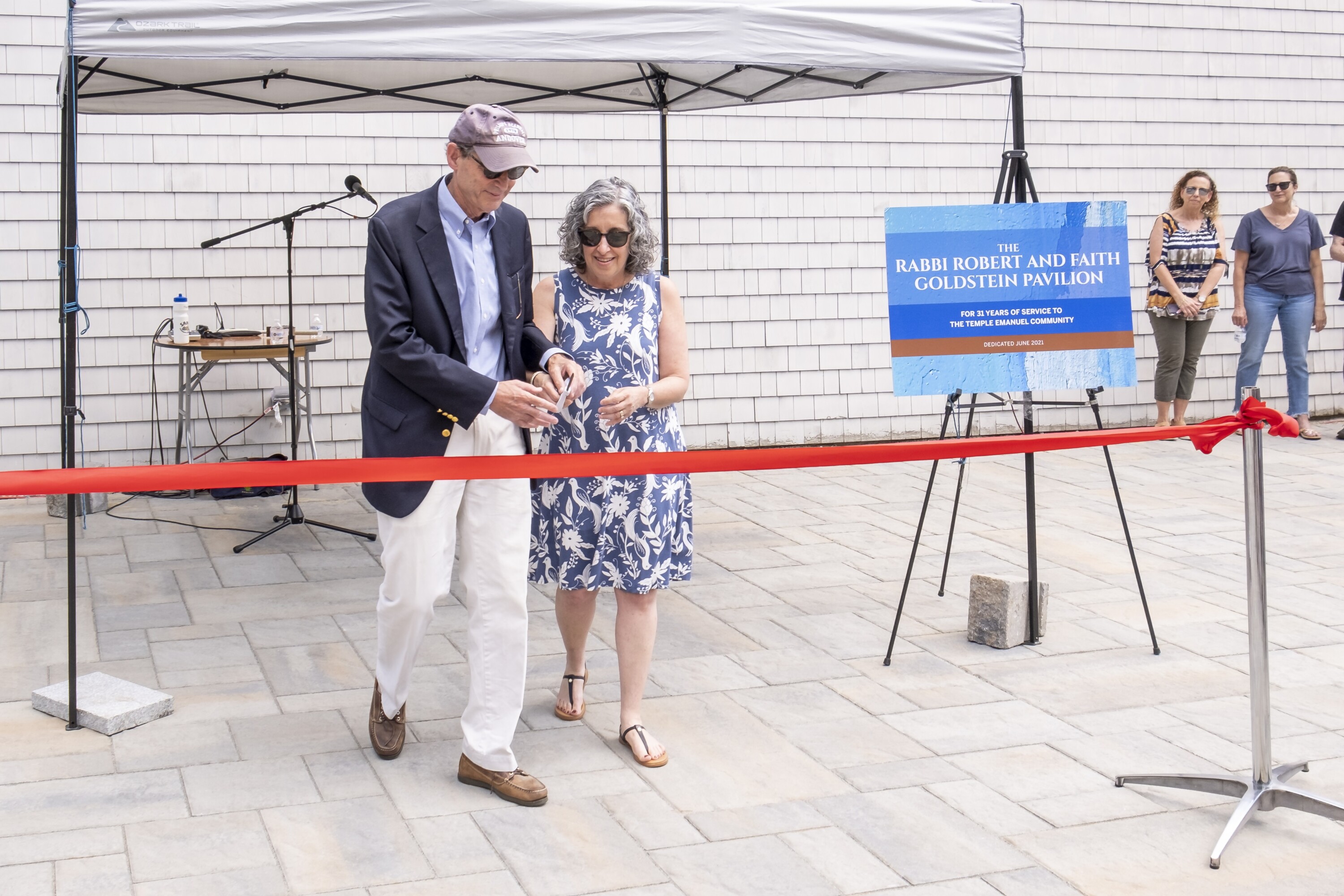 “I am thrilled to be joining Temple Emanuel and I look forward to leading services and being an active member of the Merrimack Valley community,” said Rabbi Chaiken. “It was wonderful to meet Rabbi Goldstein, Faith and so many wonderful congregants during the dedication ceremony. I am excited to build upon the legacy Rabbi Goldstein is leaving behind and wish him and Faith all the best in their retirement.”

Rabbi Chaiken recently moved to Andover from Los Angeles with his husband, Rabbi Danny Shapiro, and their dog, Oogie. He was most recently the associate rabbi at Congregation Kol Ami in West Hollywood, California. He was ordained at Hebrew Union College-Jewish Institute of Religion in Los Angeles, where he wrote his rabbinic thesis on “Telling a New Story: A Model for Economic Ethics in Jewish Law.”