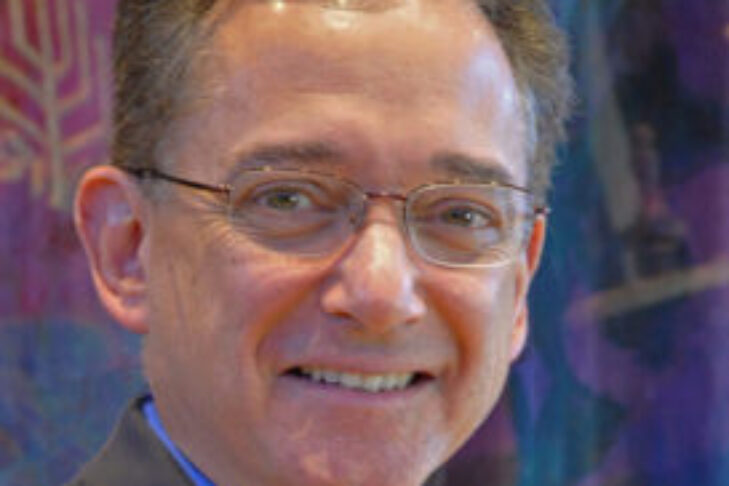 Rabbi Daniel Liben became the spiritual leader of Temple Israel of Natick in 1991. After 30 years of devoted service to his congregation and community, he recently retired. Rabbi Liben was honored by Temple Israel at a (virtual) gala in June. “Dan remains the man I first encountered in college—warm, understanding, caring, compassionate,” said Rabbi Carl Perkins of Temple Aliyah in Needham, in a message to the gala. “He is someone who loves Judaism, who deeply loves Israel and knows how to say what needs to be said. He shaped his rabbinate thoughtfully, deliberately and in a manner both true to himself and deeply devoted to the congregation.”

Rabbi Liben, who grew up on Long Island, attended Haverford College in Pennsylvania. Through Bryn Mawr College’s collaborative relationship with Haverford, he studied the history of religion. “I had originally considered majoring in English and becoming a journalist,” said Liben in an interview.

His love of Judaism and plans for his future evolved through his coursework, interactions with professors and participation in communal Jewish activities. Rabbi Liben’s involvement with Haverford Shabbat made an impact on him. “Students were invited for Shabbat dinner and services,” he recalled. “Jews from all backgrounds participated. It became my model for Jewish community.”

By senior year Rabbi Liben decided to attend rabbinical school. A professor had suggested that the rabbinical school at Jewish Theological Seminary (JTS) in New York would be perfect for him because, “I would get an education in classical Jewish texts and it would nurture my passion for Jewish life. I also liked JTS because it would challenge me ritually and religiously.” As a rabbinical student he “felt comfortable because I was raised in a committed Conservative home. I was sure that working in a Jewish community was what I wanted to do.” Liben was ordained in 1983.

Rabbi Liben’s first job was as associate rabbi at Temple Emanu-El in Providence, Rhode Island. “It was an incredible community, very cohesive,” he recalled. After eight years at Emanu-El he was ready to lead his own congregation. “Challenges were different in the suburbs—you have to work harder to create community than in an urban setting,” he recalled. “I found that I loved working to create community.” Temple Israel became a Shabbat meetup place as parents attended afternoon services and arranged for their children to get together at each other’s homes. “It wasn’t planned,” said Rabbi Liben. “In fact, many of our best programs developed organically and helped set a course for me in creating community.”

Another innovative program combined family education with Havdalah services and another combined soccer and family education at Longfellow Health Club in Natick, with children playing while parents engaged in study. A later effort became known as “Nash and Drash”; congregants took a break during Shabbat services for brunch and learning.

Rabbi Liben has been married for 42 years to his wife, Fran, a retired attorney. They have five children. Micah, a rabbi and Jewish educator, teaches at a Jewish day school in New Jersey. Noah is an attorney. Talia is digital editor of Hadassah’s online magazine. Jonah, who lives in Israel and served in the Israel Defense Forces, is director of Tamid, an organization that creates internships for business students. Sara, who also lives in Israel and was recently married, is director of Nativ, the Conservative Movement’s gap-year program. Eight of the Liben grandchildren live in New Jersey, one in Israel.

Over the years meditation and mindfulness became integral to the rabbi’s role as a spiritual leader and in his personal life. “I had attended a retreat for rabbis and knew this would make a significant difference in my life,” he said. The Institute for Jewish Spirituality helped him establish a personal practice. “I had thought of prayer as a mitzvah and an obligation. With meditation and mindfulness it became a new experience. This can be a useful tool in developing one’s spiritual life.” Likeminded temple members encouraged him to bring his interest into the congregation, and he has led a mindfulness sit at the temple for many years on Thursday mornings.

Also central to the Liben family was Camp Ramah in Palmer. The rabbi’s love of Israeli dancing, which he learned as a teen at camp, was a perfect match for Ramah. “Israeli dance connected me as a teen to Jewish culture. I had taught for a peer group at USY in high school. In college I started an Israeli folk dance program and at CEJWIN camp in New York.” He also taught at his congregation in Rhode Island. A friend working at Ramah invited him to bring his talent to Palmer, where he taught Israeli dance for 18 years. All of the Liben children enjoyed their summers at Ramah as well. Rabbi Liben has led an Israeli folk dance group at Temple Israel for a number of years.

Rabbi Liben’s community involvement has been another satisfying element of his work in Natick and Greater Boston. He served on CJP’s Commission on Jewish Continuity, which he feels “helped the community to evolve and grow. It was so valuable. CJP helped develop a new vision of religious schools.” Rabbi Liben also became a spiritual director upon completion of a program at Hebrew College. He has served with the Natick Interfaith Clergy, a group that works to promote peace and inclusion for all people in the community. He describes the group as “extremely collegial. I found friendship and trust as well as valuable and honest conversations.”

In addition to the temple gala, Rabbi Liben was honored by the Town of Natick Select Board. The board passed a resolution, which was read by board member Sue Salamoff. Rabbi Liben was being honored, said Salamoff, for “his commitment, his vision to expand knowledge and access to prayer and for being there for people at their moments of deepest sadness and greatest joy…For his compassion, kindness and moral leadership.”

At the virtual ceremony, it was pointed out that Rabbi Liben is a founder of Natick Is United, a town-wide network connecting people through advocacy, education, celebration and conversation with the goal of building a vibrant and safe community for all. His rabbinical colleagues also held a tribute at Mayyim Hayyim Living Waters Mikvah in Newton. Rabbi Liben is a former board member of Mayyim Hayyim.

“The gala at the temple gave the congregation the opportunity for closure,” said Rabbi Liben. “We need ritual to move from one state to another. I am humbly grateful.” Temple Israel has established the Rabbi Daniel Liben Endowment Fund, which will support multigenerational programming, including the temple’s annual scholar- and artist-in-residence weekends.

The Libens’ plans include enjoying time in Tel Aviv. They look forward to spending time with family, as well as avoiding winter in New England. Rabbi Liben will continue his Thursday morning meditation sit online. He will also continue to teach Jewish theology in conjunction with the Shalom Hartman Institute in Jerusalem, a center of applied Jewish thought and education for scholars, rabbis, educators and community leaders. As he prepares for the next phase of life, Rabbi Liben acknowledges that he will miss the staff at Temple Israel. “They are a dream team,” he said. “The best I ever worked with.” His tenure ended officially on June 30. In August, Rabbi David Klatzker began a one-year term as Temple Israel’s transitional senior rabbi. The congregation will use the year to find a new senior rabbi.

Summarizing his thoughts on the challenges for Jews today as he looks back on his three decades at Temple Israel, Rabbi Liben suggested, “Being able to carve out the time and space to celebrate our uniqueness. There are so many demands on our time. We need to help families choose to make the commitment to slow down and appreciate the value of Jewish life and to see the value of developing practices and patterns of behavior that nurture the images of what in each of us is unique, as Judaism teaches us.”