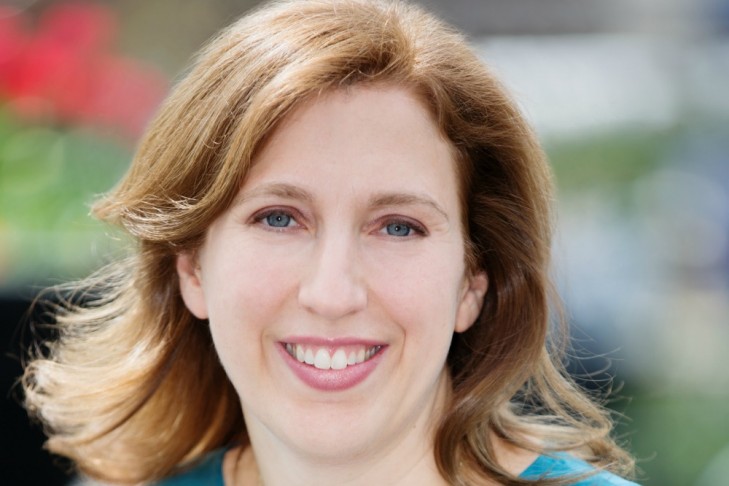 Rachel, a 2,000-year-old Jewish woman who lives in Jerusalem during the Second Temple period, makes a Faustian bargain with the high priest. She agrees to trade her death for the survival of her sick young son. Rachel becomes immortal, emerging from hundreds of deaths throughout the centuries and watching the children she has given birth to die mostly of old age. Rachel’s life spans Jewish society from Roman times to present-day Israel.

Author Dara Horn spoke to JewishBoston in anticipation of her Feb. 7 appearance at Harvard Book Store in Cambridge. “Rachel is exhausted,” Horn said. “She has been changing diapers for an eternity.” For Horn, Rachel’s expansive life is a metaphor for Jewish history—she continually dies yet is reborn after a historical tragedy. In the novel, Rachel’s granddaughter Hannah is a biologist researching life extension. She eventually discovers that her grandmother has the genetics of a teenager, forcing Rachel to confess her secret.

“‘Eternal Life’ is not against technology,” said Horn. “Through technology, Rachel sees all the wonders of the world. She also has a perspective of how human nature doesn’t change even though technology does. She’s less amazed by it because she’s aware of what stays constant in human nature.”

What inspires you to engage with Jewish texts and ideas in your work?

The real subject of all my books is time. This idea that once a day is over and it’s gone has bothered me since I was a child. Where does this day go? I grew up in an observant Jewish family, and what interests me about Judaism as an artist is that Judaism seems to be a technology designed to solve this problem of disappearing days.

In American culture, we’re always looking forward and anticipating the future. We’re not supposed to care about what happened in the past. As Americans we’re taught it doesn’t matter where we came from. What matters is what you do with the opportunities this country has given you. The premise of the American dream is the erasure of the past. In Judaism, it’s exactly the opposite notion. In every generation you’re supposed to see yourself as if you came out of Egypt. In rabbinic legend, the Torah given to us at Sinai was not only for those who were present to receive it, but their future descendants were standing at Sinai too. Judaism is about this commitment to the past and to meaning in the present. The idea of having technology experiencing time in a more expansive way was exciting to me as an artist.

The other piece is more intellectual. In college and graduate school, I studied Hebrew and Yiddish literature. I was jealous of some of the writers I was studying—jealous of the language in which they were writing. Some of them were writing at the beginning of the revival of Hebrew as a modern language. Some were writing in Yiddish, which has so many connections to Hebrew. Even if they were writing secular stories, they connected to ancient religious texts through their language.

When I was growing up there seemed to be something missing from American Jewish literature in English. It didn’t feel as rich as the literature in these other languages. I thought, wouldn’t it be fascinating to have references to ancient texts in English casually embedded in the story? But it would be in a way that was accessible to any English-language reader. Part of my work in my novels is to try to bring to life ancient religious texts and give them a new life in English.

Instead of the 2,000-year-old man, I’ve written about the 2,000-year-old mom. There are classic stories about immortal characters but very rarely are they fertile women. Historically, women have been less defined by ambition and more defined by an obligation to others. It’s a different experience of life. There’s an expectation that mothers are always available to other people. A mother is everyone’s rock. Imagine a mother being immortal; it’s grueling.

Rachel’s many lives have spanned Jewish history beginning with Roman times and ending for readers in the modern state of Israel. Did you intend this situation to be a metaphor for Jewish history?

The way these characters become immortal is to take a vow in the Second Temple. When the temple was destroyed, they had no way of getting out of the vow. That experience is very much like the arc of Jewish history. Judaism at that time was about the temple and it was based on a cult of animal sacrifice. Toward the end of the Second Temple period, we started to have a culture based on Torah study and sages like Yochanan ben Zakkai, whom I portray in the novel. We have a whole class of sages thinking of Judaism in terms of study while existing at the same time as the priesthood. But after the destruction of the Second Temple, Judaism should have ended.

The idea of outliving its own death is what happened to Judaism. Yochanan Ben Zakkai is even snuck out of Jerusalem in a coffin. He creates a religion in which we’re going to turn the whole temple ritual into a metaphor. Our services will be based on when sacrifices were offered in the temple. That idea that this is a people who shouldn’t exist but do exist is not realistic. Yet there is something unlikely about the Jewish people’s survival over the past couple of thousand years. I took that supernatural quality of Jewish history and survival and turned it into a person.