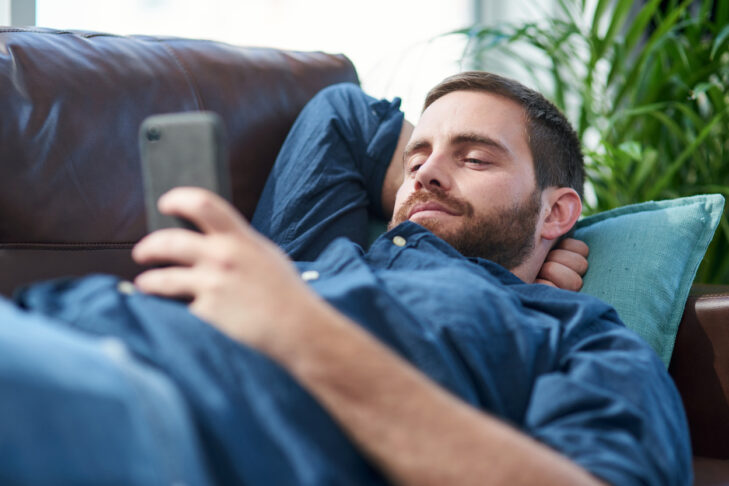 A rabbi I respect always plays “Candy Crush” before entering the hospital room of a sick congregant. Or rather, she always plays something. Before smartphones, she carried a collection of crossword puzzles. She went through “Angry Birds” and solitaire phases. The specific distraction has changed over the years, but the hesitation remains.

As a young rabbi-in-training, it was both a relief and disappointment to hear that a veteran amazing Jewish leader still needs to procrastinate before pastoral intensity. My anxiety is normal, I realized, and it’s not going anywhere!

I saw myself and my rabbi in the Moses of last week’s Torah. At the end of the book of Exodus, we hear:

“And Moses was not able to enter the tent of meeting because the [Divine] cloud had settled in it. And the weight of God filled the mishkan” (Exodus 40:35).

At this point, Moses and the people of Israel have left Egypt, stood at Sinai and just now completed the building of the mishkan, a mobile sanctuary for God (referred to interchangeably as “the mishkan” and “the tent of meeting”). This should be an intense moment of communion with God, a divine housewarming, but something stops Moses in his tracks: he “was not able to enter.” Beyond God’s presence, which has never deterred Moses in the past, the text gives no rationale for Moses’s inability to walk into the mishkan.

In the absence of an explicit barrier to entry, I like to imagine Moses on his phone, telling himself that he’ll play just one more hand of hearts before he turns from the glow of his Android to the light of the Ineffable Holy One. As I heard the Torah reading last week, I could see myself and my rabbi huddling with Moses, each of us filled with awe, work avoidance and a fear of saying the wrong thing or taking up too much space. I could sense each of us longing to have just one more moment in the past before stepping across into the mishkan.

We close the book of Exodus on this note of holy hesitation. But before Moses, my rabbi and I can put down our phones, a voice calls out. Midrash Tanhuma, an early collection of rabbinic commentary, imagines God noticing the ambivalent Moses:

“The Holy One, blessed be God, said, ‘It is not fair for Moses, since he made the Tabernacle, to stand outside while I stand inside; so look, I am calling upon him to enter.’ It is therefore written (in Lev. 1:1), ‘[God] called out to Moses’” (Midrash Tanchuma, Vayikra 1:1).

God sees Moses standing outside, unable or unwilling to enter, and gently calls him in. The last words of this midrash, “׳וַיִּקְרָא אֶל מֹשֶׁה/and God called out to Moses,” are the first words of ספר ויקרא, the Book of Leviticus. We’re entering weeks of reading through this challenging text, which surveys the rules of Temple ritual and purity. I like to think of these laws and lists as the content of God’s welcome to Moses. Responding to a friend who wants to help but doesn’t know how, the Divine might be saying, “Come on in Moses. Here’s how you can be useful.”

Both the parallels and the difference between these creation myths lead me to wonder: Perhaps after the completion of the world, God also struggled to enter. My ancestor, Naftoli Tzvi Fish, collected a piece of Torah along these lines from the 19th-century Hasidic court of Dinov. Fish writes that Moses learned the humility of “not entering” from God’s tsim tsum, the Divine creative retraction. (My distant cousin Dr. Sydney Fish z’’l published, with מוסד הרב קוק, sermons that Naftoli Tzvi Fish collected. The volume is called תורת בית דינוב.) Fish’s comment draws on the Kabbalistic theology that, in order to create the universe, God needed to pull God’s self back and open up space absent of the Divine. If Moses’s not entering derives from God’s sacred pulling back, I wonder if Moses’s psychology reflects God’s own experience. When the Divine looks out over this world, perhaps God, like Moses, like my rabbi and like myself, needs to pause and give some room to doubts and questions:

To these questions, I suggest that we humans take a page from the God of Midrash Tanchumah. Just as the midrash imagines God noticing Moses’s absence, we might notice God’s. We might say to each other: “It is not fair for God, since God made the world, to stand outside while we stand inside.” Just as God calls out to Moses, with the words of Sefer-Vayikra, the Book of Calling In, I think that we humans are already creating our own book of invitation. With our prayers and pains, our secrets whispered to friends and our fears left unspoken, we author a threshold through which God can enter this world.

Joey Glick is a fourth-year rabbinical student at Hebrew College. He is currently serving as a rabbinic intern with Congregation Shaaray Tefila in Glen Falls, N.Y., and Hebrew SeniorLife in Randolph, Mass. A native of Pittsburgh, Joey is a big fan of old-time music, naps and the Pittsburgh Pirates.