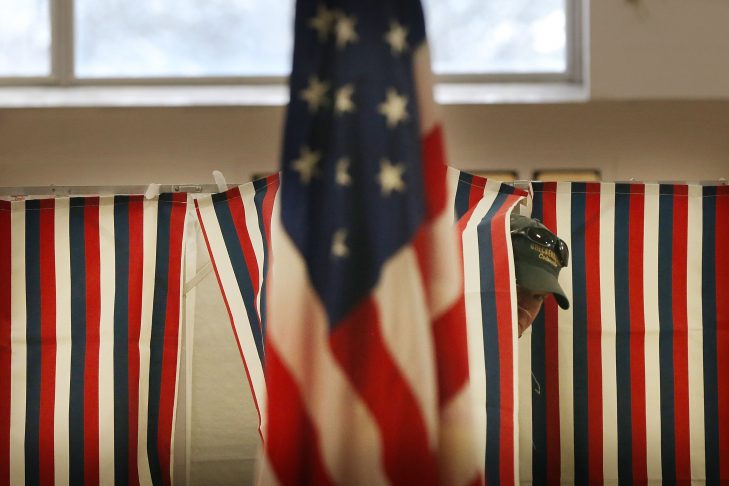 Like many of you, I’ve been frustrated, angered, and even dismayed as our election has unfolded this year. I’ve been pained by rhetoric that demeans individuals and communities, and worried about our future as a nation when the core values of our democracy are under attack.

As the director of a 501(c)(3) with an advocacy identity, I won’t make public endorsements of candidates. As an American I take pride in my ability to make the most sacred endorsement of all – by casting my vote. But on November 8th, when millions of Americans will head to the polls, many will be deliberately disenfranchised and denied their right to make that most important endorsement.

Since our nation’s founding, there has and continues to be an ebb and flow between those who seek to extend access to the ballot and those seeking to erect barriers to participation. As initially conceived, voting was a privilege of and for the advantaged. Slowly, access was broadened, with Constitutional amendments barring discrimination based on race (the 13th Amendment) and gender (the 19th Amendment). These guarantees barred explicitly racist or gender-based voting prohibitions, but outwardly discriminatory laws were rapidly replaced by provisions and practices that were ambiguous in their words but clear in their intent. It was not until the Voting Rights Act of 1965 that the federal government extended meaningful safeguards to all citizens.

But despite the progress that has been made, there have been persistent attempts to chip away at the right to vote, relying on more innovative, but no less discriminatory justifications. Make no mistake; we are now witnessing a struggle for the soul of our democracy, as full access to voting is still very much under threat.

For the first time since 1965, in the wake of the recent Shelby Supreme Court decision, potential voters will not have access to the full protection of the Voting Rights Act. Fourteen states have enacted new voting restrictions for the 2016 elections. One common restriction is the use of voter ID cards, enacted ostensibly to prevent fraud in elections. Getting an ID seems pretty easy: show your driver’s license or your passport – but, for millions of citizens across the country, this requirement operates as a bar to participation, disproportionately impacting seniors, immigrants, people of color and others who may not have the acceptable forms of identification readily available.

Study after study have shown that the pervasive myth of voter fraud is just that, and that voter ID laws wouldn’t even prevent the few documented and verified cases over the past several decades. A recent study found that out of a pool of more than 1 billion ballots cast in all federal, state and municipal elections between 2000-2014, there were only 31 instances in which issues could have been resolved by such a voter ID. Do we even need voter ID laws if fraud creates an imperceptible impact on any election? The United States Court of Appeals for the 4th Circuit, striking down part of North Carolina’s harshest voter ID laws offered a striking, yet unsurprising analysis: “the new provisions target African Americans with almost surgical precision….” This is unacceptable, and, with our national network of JCRCs the Jewish Council of Public Affairs (JCPA) in Washington, we have joined with a bipartisan coalition of faith based and other partners to pass a new Voting Rights Act.

It is not merely discriminatory laws or policies that stand in the way of full participation in the electoral process. For many people with disabilities, it is a casual inaction that has left an estimated 3 million voters home during the last election. A white paper commissioned by the Ruderman Family Foundation found that 73% of polling places had some potential barrier to voting. The study identified five recurring obstacles: (1) insufficient poll worker training; (2) access barriers to polls; (3) access barriers to registration or election materials; (4) stigma; and (5) limitations on information available to election officials. With the identification of these and other impediments, we are armed with the information and tools to solve these problems.

For the Jewish community, the struggle for voter rights has been a defining part of our social contract with this nation. We know that when one person is denied access to the equal protection and full enjoyment of our democracy, we all suffer the consequences.

In a year in which much noise has been made by some about the fairness of our election, it is the disenfranchisement of so many that raises the greatest threat to the credibility of our democracy. This season, and in the year to come, I hope you’ll join me in casting your lot with those leaders and organizations who reject these efforts and who are working together to repeal discriminatory laws and ensure access. By doing so, we will recommit ourselves to the path of expanding democracy that has made our nation ever greater since the days of our founders.