Today we debrief with Lynn, a 29-year-old graduate student who lives in Somerville. 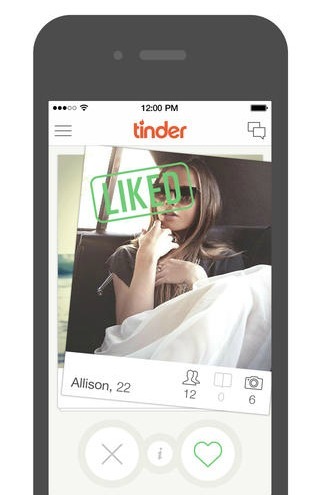 I wanted to meet new people—single, straight men in particular. I didn’t have a specific vision; I’m not “looking for Mr. Right,” and it’s not like I would want the same thing with every person. I have no moral opposition to random hookups if the feeling is right. I’d also be “ready for something long-term” if I met someone awesome. I just want to meet people who seem attractive and take it from there.

For most dating sites, you have to create a detailed profile and make up a funny username. Making up a username seemed too much for me already, but Tinder just uses your first name, and you put up a few pics. I also didn’t want to meet people and be given a “wife job interview,” and I thought their decision to use Tinder would at least be some type of filter to find people who were also taking a laidback approach to dating. Tinder has a reputation for being just for hookups, but I haven’t encountered that mindset either. I’ve met five men on Tinder so far—all dates at a bar for drinks, apps and talking.

He’s an Israeli lawyer, like he actually lives in Israel. His profile said he was new in town and wanted a cute girl to show him some nice bars. I “liked” him, and we matched, meaning he had already “liked” me. We texted, made plans for drinks the next day, and also chatted on the phone for a few minutes. My Israeli neighbor told me not to ask about his military service.

At the bar, he asked to sit on my side of the booth. He told me about a book he’s been reading (and I’d read it too), and we showed each other all our iPhone pics. We upgraded to a fancy cocktail bar down the street. Next, he said he wanted to check out another bar near his hotel. Leaving that bar, we were kissing in the hotel driveway, and I just asked: “Do you want me to come up?” He did.

But he didn’t have any condoms.

First we tried calling the concierge. We were both embarrassed about it, but I had to call because I speak better English than he does, but to no avail. He went running to the drugstore.

He returned from the drugstore ridiculously fast, and so out of breath. He had condoms though.

The next day I went home, showered, and texted him. We went for a hike, the two of us and my dog, and then got lunch. But, oh right, he was only in town for a week! He has been back in Israel for a month already, but we chat on Facebook every day and Skype every other day. Sometimes serious, sometimes just hi. He teaches me a new Hebrew world almost every time we Skype! So I know several. Like hores/horeset, which means amazing.

After having that stunning-success-turned-long-distance-whatever for tinder date 1, I’ve met four other guys. Mostly they seemed nice enough, but nothing really clicked. Some were boring or socially awkward. Nobody was rude, mean, crude, or thought I owed them sex. So, you know, decent, at a minimum. Date 2 was nice, and we got along, but just felt like friends. Date 3 made small talk, but we didn’t click. Date 4 actually met me at a bar, and we talked for hours. We are really different, but he liked to debate. Overall I think maybe he’s too immature, but I don’t know. Date 5 likes the things I like, but wasn’t super talkative.

I have gained confidence in my small-talk skills. I like asking dates about hobbies, food or family. Sometimes we compare other cities we’ve lived in. Some people are interested in what I study in school. I have pictures of my sports/hobbies in my profile, and obviously my dog comes up a lot. A person I’m dating should have something fun to say about at least some of these things. I also really like my pet, my hobbies and my career, and I hope they have things in their life that they like.

But there’s something about flirting, some casual physical contact or touch. The Israeli helped me with my coat. Date 3 touched my hand. I go for the hug upon meeting. I guess I like it when dates do something that is “beyond” how I think they’d treat a friend.

Question for the Readers

After a “fine” first date, should I contact that person again or move on to someone new? Tinder gives you an endless list of
new people, and I match with every person I “like.” Many respond to my texts, though not all (I said “hi” to an Olympic athlete but he didn’t text back!). It feels like it wouldn’t be hard to find a new date, although any specific person might not be interested. And if date quality is normally distributed, as in most are “fine” with a few outliers on either end, does that mean I should date a lot or spend more time trying to connect with someone who seemed “OK”?

So, what’s the line? When to go on to a second date and when to go back to the app to start again?