Ivy Hest is 29 years old and just moved to Berkeley from Boston, where she worked as a community organizer, was involved in the Workmen’s Circle, and founded/directed an a cappella group, the Mass Whole Notes. When she’s not writing about her breasts, she writes about organizing on her blog, Deep Roots, Long Branches. 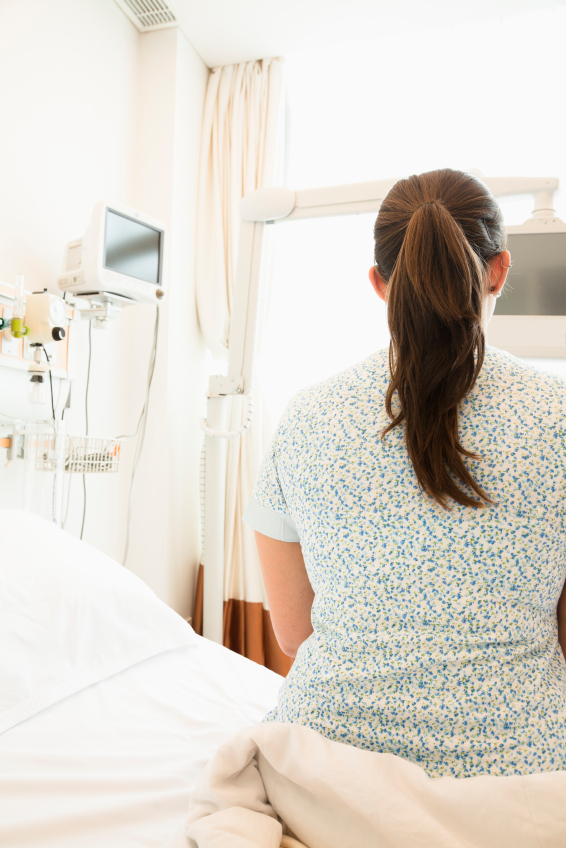 No, these aren’t real. But I still think they’re fabulous.

“I feel sad for people who hate themselves so much that they need to get plastic surgery to alter their appearance,” a friend says as we talk about women in the media and the standards of women’s bodies.

Puberty was tricky for me (I know, we all have war stories). For me, the gym locker room was the worst. Not only was I made fun of because I was wearing Tuesday underwear on a Thursday, but I also had to stand with my back toward everyone as much as possible. I didn’t want them to see me. I didn’t want them to see my breasts. What if they noticed?

Everyone knows me as big-busted. I paid good money to not be, but I guess that’s what happens when you grow up. I’m perfectly OK talking to people about the surgery, but I usually leave out the most painful part for me. It’s not lost on me that now, after over 10 years keeping these experiences to myself, I’m revealing them in a very public manner.

I was about an F cup. Kind of. You see, I had uneven breasts. But this wasn’t an “all women have uneven breasts” thing. This was a C cup and an F cup, on a 15-year-old body.

I was desperate, and I broke down and asked my parents for help. They took me to a store that sold wheelchairs, scooters and walkers. I was confused and very uncomfortable. But I hated my body so much that if I saw myself naked I would cry; I couldn’t live with that anymore. The woman there directed me to an area that looked like a shoe store, where they sold prosthetic breasts, or what I called “jelly boobs.” These were inserts made of a mushy material that were sized to fit different body types, that you would place in your bras, meant for women who had mastectomies. Because I was still growing (are you kidding me?!), I was told I would need to return periodically to get bigger sizes to keep up with my other breast.

First, I quit the swim team. I loved swimming, but I couldn’t handle the locker room. And what if my jelly boob floated? I imagined scenarios similar to those scenes in the movies where a woman dives into the water and her bathing suit falls off, only my breast would pop out and I would never live it down. I was stressing so much that swimming wasn’t fun anymore.

I stopped letting people take pictures of me below my shoulders; I could see the outline of my jelly boob through my bra and my shirt, and was sure that others could see it too. To make up for this, I would wear big sweatshirts all day long, every day. I wore the sweatshirts so no one could see my body and I wouldn’t have to worry about someone seeing the outline. I could rest my breasts on my desk for relief during class and no one would notice. Living in Florida, I just told everyone that it was easier to leave the sweatshirts on because the air conditioning at school was cold. I don’t think that excuse held much water, but it was all I had.

I was called “Orangutan” at the restaurant where I worked, because my breasts swayed dramatically from left to right the way a monkey holds its hands when it’s walking. I laughed with them, then cried in the bathroom. My breasts were apparently a basketball hoop to some people, and Tupperware for myself—especially popcorn. I could save an entire bucket just by dropping kernels in my cleavage. I got detention slips for showing too much cleavage while wearing T-shirts, which only fueled my continued self-torture of wearing warm clothing in 90-degree heat.

I refused to get into any physical relationship with anyone. What if we were making out and he copped a feel? And he grabbed the jelly boob? I couldn’t even imagine getting past first base and not having extreme problems. I felt undesirable. No one would want me with this weird deformity of my body. The costs were going up, and I needed bigger jelly boobs. One of them popped when a Dance Mom hurriedly tried to pin a dance costume on me, and as the inside oozed onto my sequins, I broke down. I hated my body, I hated the solutions, I hated that I couldn’t do all the things I loved anymore.

My doctor finally told me if I wanted to do surgery toward the end of high school, my breasts might be done growing enough for the surgery to be worth it. He listed enough problems to the insurance company that they covered the whole thing. We left out the part about the size difference; that was a cosmetic thing that wouldn’t be covered. I couldn’t tell if I was more excited about graduating or making my breasts smaller. Both would be life-changing.

I had surgery just two weeks after I graduated. I needed special permission because I wasn’t 18 years old yet. I looked at books and books of what my breasts could look like from other people who had surgery, and chose the size I thought would work with some advice from my mom. I watched them draw lines on where they would cut into me. I told only three people where I was going to be for the next five days—in bed, trying not to move, and not knowing what my body looked like under the bandages and equipment still attached to me. When I finally got permission to walk around, I met up with some friends at the bowling alley, where I had to make excuses about why I couldn’t play that didn’t include “my doctor told me if I lifted heavy objects very bad things would happen.” They asked me if I had lost weight, and I told them that was close enough.

Throughout college, I got more comfortable talking to people about my surgery, especially to fellow busty women. I wanted to be a source where people could ask questions, and I could try to break the stigma attached with surgery. Eventually, I would show the scars to women who were curious, but I still hadn’t crossed the threshold of letting someone come close to my body. I never went streaking, skinny dipping, even just walking around my dorm room with my underwear on. I was so afraid of what could happen, so embarrassed. And I still never shared with anyone about my uneven breasts; those experiences were far too painful and fresh for me to trust anyone with.

I imagined what I would tell future partners. I had scars—big lollipop-shaped ones. I used a teddy bear as a stand-in, and explained to Mr. Bear that before we kissed he should know a few things.

I finally invited a boy into my bedroom. I was so scared. What would he think? Would he never call me again? I didn’t have time to do my well-rehearsed speech. It was finally happening; we were kissing! I never told him that night.

He called me later and we set up another date. I took off my bra, not thinking about all those fears I had built up for years. We were kissing and it was great. And then we kept kissing. And he didn’t say anything to me about my breasts, and I forgot about how scared I was about exposing myself.

But when things slowed down, I remembered and covered up as soon as I could. I decided to tell him about my surgery. “What scars?” I was relieved. I put my bra back on, hoping he still didn’t notice. Maybe I could get out of it before he actually saw them. As I was getting ready to leave, he stopped me. “I can’t wait to see your scars, and all the other parts of your body you’re afraid of, when you’re ready to show me.”