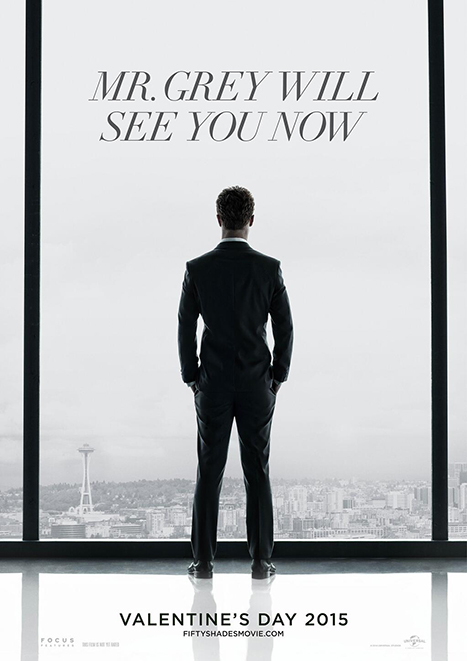 So, who’s going to see “Fifty Shades of Grey” on Valentine’s Day? If you’ve read the books, or if you do go see the movie, let’s talk about it. Really talk. If you want to talk about kink and consent, I wrote this post when I first read the book—unconventional sex-ed lessons from “Fifty Shades of Grey”—on consent, safe words, desire, pleasure and other aspects of the sexuality portrayed in the novel (and now onscreen, maybe?).

But this movie is rated R, not X, so I think Hollywood is going to need to focus more on the romance in this one. That’s why the movie is coming out on Valentine’s Day, right?

“Romance.” The romance in this one is a little more concerning. We’ve debriefed before the difference between kink and sexual violence. Kink can be safe, sane and consensual when practiced with intention and care. But Christian Grey (the title character in “Fifty Shades”) is emotionally abusive to Ana, his love interest, the protagonist. Christian isolates Ana, preys upon her insecurities, puts her down and manipulates her.

Daphne, 29, sent me her thoughts about “Fifty Shades”:

At a house party, I overheard this one girl talk to a friend of mine about the book. She addressed my friend and asked her if she had read it, admitting that she was turned on by it. My friend then told me later that she thought it was not written well. Since she writes for a living, that was enough for me to stay away from it.

But the bad writing clearly didn’t keep other people away. Eventually it was all over social media. I gave up and decided that I needed to know what this phenomenon was all about.

So I read all three of them. And the first thought in my mind was: this guy is an egotistical, narcissistic sociopath who talks to this woman just like how one of my ex-boyfriends talked to me. Manipulative, controlling, calling me names, blowing up when he didn’t get his way, begging me to take him back.

Why is everyone so into him?

For me, the most painful part was the description of this female main character. She’s considered naive, innocent looking, the forbidden fruit. Basically all the reasons my emotionally abusive ex-boyfriend kept holding on to me.

Why would I want to be in her shoes? Doesn’t anyone else see this?

Finding this hard to believe? I’m going to use only the lines from the trailer and other promotional videos to illustrate the ways in which Christian is emotionally abusive, or at the very least the warning signs for emotional abuse that will be visible in the movie.

Christian needs to be in control…

I exercise control in all things.
I’m used to getting my own way.
No one has ever said no to me before.

Christian isn’t just talking about self-control. He’s talking about controlling everything around him, including the behavior of other people. The people close to him are the people he most expects to control.

I’ve always been good at people.
I have a natural instinct for what makes a person tick.

Abusers often come across as charismatic and even charming…because they are attentive to other people’s emotions…in order to play them for their own benefit.

Christian will prey on Ana’s insecurities…

There’s really not much to know about me. Look at me.
I don’t know if I can be with him the way he needs me to.
Why are you trying to change me?

Ana is presented as a young woman who doesn’t dress very well and doesn’t think much of herself. Abusers create a mythology in which being with the abuser appears to matter more than being oneself. Christian preys on Ana’s doubts about herself.

Where have you been?

Abuse creates a narrative in which her life is empty without him. Before him, she was waiting for him. That makes it very scary to think about leaving or losing the abusive partner. There are other ways in which Christian isolates Ana, but those are not in the trailers, so I will leave them out of this particular exercise.

Red flag for stalking, and for dodging the blame…

I’m incapable of leaving you alone.

It’s not his fault, you see. She is so seductive that she drives him to these behaviors. He won’t leave her alone because he’s just that into her.

I think back to the woman who told me she was turned on by this book, and I wonder whether that is a sign of something else.

They say our country glorifies rape culture. Well, guess what, folks? “Fifty Shades” is an exact example of that, and now, for your viewing pleasure, you can watch it on the big screen.

RESPOND in Cambridge provides emergency shelter and a range of support services to thousands of survivors of domestic violence each year, including adults, children and teens, regardless of race, religion, gender or other characteristics. Call their 24-hour crisis hotline at 617-623-5900.

The Network/La Red provides emotional support, information and safety planning for people in kink or poly relationships and for people who are LGBQ/T who have experienced abuse by a partner. Their hotline is available Monday through Friday from 9 a.m. to midnight, Saturday from 1-6 p.m., and Sunday from 1 p.m. to midnight. Call 617-742-4911 (voice) or 617-227-4911 (TTY).