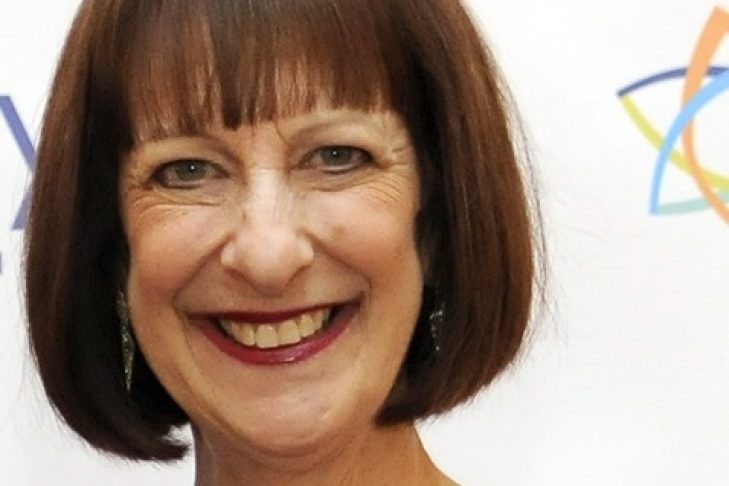 Arlene Remz likes to say her career began by meeting a little boy named Bobby O’Malley. Remz, the dynamic founding executive director of Gateways: Access to Jewish Education, met Bobby in the 1970s. He was a 7-year-old with Down syndrome who was institutionalized at Belchertown State School, and Remz volunteered at the school as a camper at nearby Camp Ramah in New England.

The experience set Remz on a lifelong path of dedication to students with disabilities. Although she studied special education in college and went on to teach after graduation, it was at the Camp Ramah Tikvah Program where her commitment to both Jewish education and special education initially came together. “The Tikvah Program was the first of its kind at a Jewish camp,” she says. “The experience was totally transformational for me. Here I was in a Jewish environment that included kids with disabilities.”

Remz’s professional journey also included working in special education and research at Education Development Center (EDC) with a focus on technology applications for students with disabilities. At the same time, she was actively involved as a volunteer in the Jewish community, including serving as president of the board of Solomon Schechter Day School of Greater Boston and participating on the board of Etgar L’Noar, a small grassroots effort that offered self-contained Sunday and b’nei mitzvah programs for Jewish children with more significant disabilities. In 2001 Remz decided it was time to bring together her two passions: Judaism and special education. She exchanged her seat on the Etgar L’Noar board to become the organization’s executive director.

Remz recalls that in the early 2000s, CJP intensified its efforts to serve people with disabilities. CJP’s funding included supporting housing, vocational training and community services for individuals of all ages with disabilities. Additionally, CJP tasked the Board of Jewish Education’s Office of Special Education with working with congregations and preschools to expand their professional capacity and awareness of special educational needs.

“At that time, most of the day schools in our region were not well equipped to support many students with learning challenges,” notes Remz. In 2006, as part of the Peerless Excellence initiative, the Ruderman Family Foundation took a leading role in making inclusion in Jewish education a top priority for the Boston Jewish community, and together with CJP, worked to help make the idea a reality. This deeper community commitment to inclusion spurred the boards of Etgar L’Noar and the Jewish Special Education Collaborative (JSEC), whose mission was dedicated to ensuring that children with learning challenges could remain and succeed in Jewish day schools, to merge in order to make a broader and more significant impact.  With the merger, Gateways: Access to Jewish Education was born.

Remz was the natural choice to be Gateways’ founding executive director. “With the formation of Gateways, Boston became the only community in the country that works on special education across all educational settings, including day schools, congregational schools, preschools and community schools,” she says.

Now in its 12th year, Gateways is one of CJP’s 11 partner agencies, and the organization holds an annual event, Sweet Sounds, that attracts 500 attendees. “People are celebrating that we’re providing access to a Jewish education for students with disabilities,” Remz says. “We’ve also destigmatized the fact that children learn differently. We’re changing the Jewish educational landscape with the services that we offer.”

Students are not the only constituency that Gateways supports. Gateways is also focused on training educators to be better at differentiating instruction. “The paradigm now is that every teacher is responsible for all of the students in their classrooms, so that children with various learning styles and disabilities can learn in one environment,” Remz says.

Remz sees mental health and social and emotional issues as the next challenge in Jewish education. And school administrators agree. When Gateways recently surveyed local schools, leaders responded that their areas of greatest need are in the arena of social, emotional and mental health services. These are issues that have relevance for the broader school population, not only for the 20 percent of the population that have some sort of learning or social challenge. “There is a real recognition that, in these times, it is essential to view educational, social and emotional needs as intertwined,” Remz says. “School leaders are seeing that by ensuring that each of our schools is a place where children can grow and thrive as whole individuals, we are providing new generations of students with the tools to live healthy, happy lives.”

Remz passionately believes that children and teens with disabilities should have full access to Jewish life, and that a key piece to Jewish life is Jewish education. She says: “Because of Barry Shrage’s 30 years of leadership at CJP and his deep commitment to inclusion, Boston is leading the national Jewish community in demonstrating how we can be truly welcoming to people of all abilities. I am honored that Gateways, under my leadership, has played an important role in making an inclusive Jewish community a reality.”