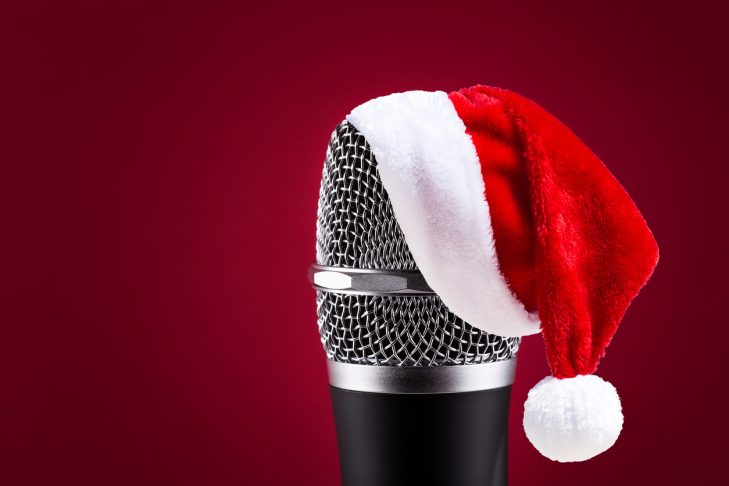 I don’t care for Christmas music.

But this isn’t that kind of list. This is a very special list, as you’ll see, because I personally have very strange tastes. So welcome to my top eight nerdy Christmas songs! (P.S. A few have explicit lyrics.) Agree? Disagree? Let me know in the comments.

“Christmas Time (Don’t Let the Bells End)” by The Darkness

If you don’t remember their one hit, the amazing “I Believe in a Thing Called Love,” then we are no longer friends. This might be the greatest, most ridiculous rock song ever written.

While I don’t think it’s necessary to defend a song from the Boss, this song is definitely special. Why, you might ask? Because after hearing it on the radio repeatedly in high school, it led me and my close friend to constantly yell, “Merry Christmas, baby!” to each other, no matter the month.

“Christmas Time for the Jews” by Saturday Night Live

What do you get when you combine a Motown sound, claymation and the loneliness that is being a Jew on Christmas? The catchy, hilarious and wonderful “Christmas Time for the Jews.” This one just makes me happy. Also, after years of watching it, I just now noticed that the rabbi in the image below is circumcising those squirrels.

Christopher Lee, the late English actor, singer and author, who is best known for his roles as Count Dracula, Saruman and Count Dooku, also loved heavy metal. And he rocked, hard! Just listen to his version of “The Little Drummer Boy.” It’s incredible. If you enjoy it, I recommend both of his Christmas music EPs, “A Heavy Metal Christmas” and “A Heavy Metal Christmas Too.”

“Things I Want” by Tenacious D and Sum 41

In the least surprising news imaginable, I love Tenacious D. Just listen to “Tribute” and then come back here. I’ll wait. Wasn’t that amazing? Now, imagine they wrote a Christmas song. Oh, wait, they did! Sadly, they did it with Sum 41, which I could live without. So just pretend they’re not actually in the song.

Not every one of these choices has to be snarky and ironic. This one is just a beautiful song about what could be and the promise of the future, set to clips from “It’s a Wonderful Life.”

Remember when I said not every one of these songs has to be snarky and ironic? Well, I’m sorry. Here is Eric Idle of Monty Python singing about all the reasons Christmas can be the worst.

“That Was the Worst Christmas Ever!” by Sufjan Stevens

Sufjan Stevens is an American singer-songwriter and multi-instrumentalist who writes songs in varying styles. This song just reminds me of watching a gentle snowstorm out a window while drinking something warm.

While there might be eight nights of Hanukkah, there are nine candles on the menorah. So to represent the shamash on this menorah of music, here’s a bonus track from the Boss!